*To Check Out: Choose “Team Entry” option if you are a team of 2 or 4 anglers.  If your  team has more than 4 anglers, also choose “Team Entry” for the first 4 and add angler 5 and 6 as a separate products from the list to your cart. Once you have chosen your team entry, you can add each optional item you wish to participate in.  After choosing all desired options, click the cart to review your items before purchasing. 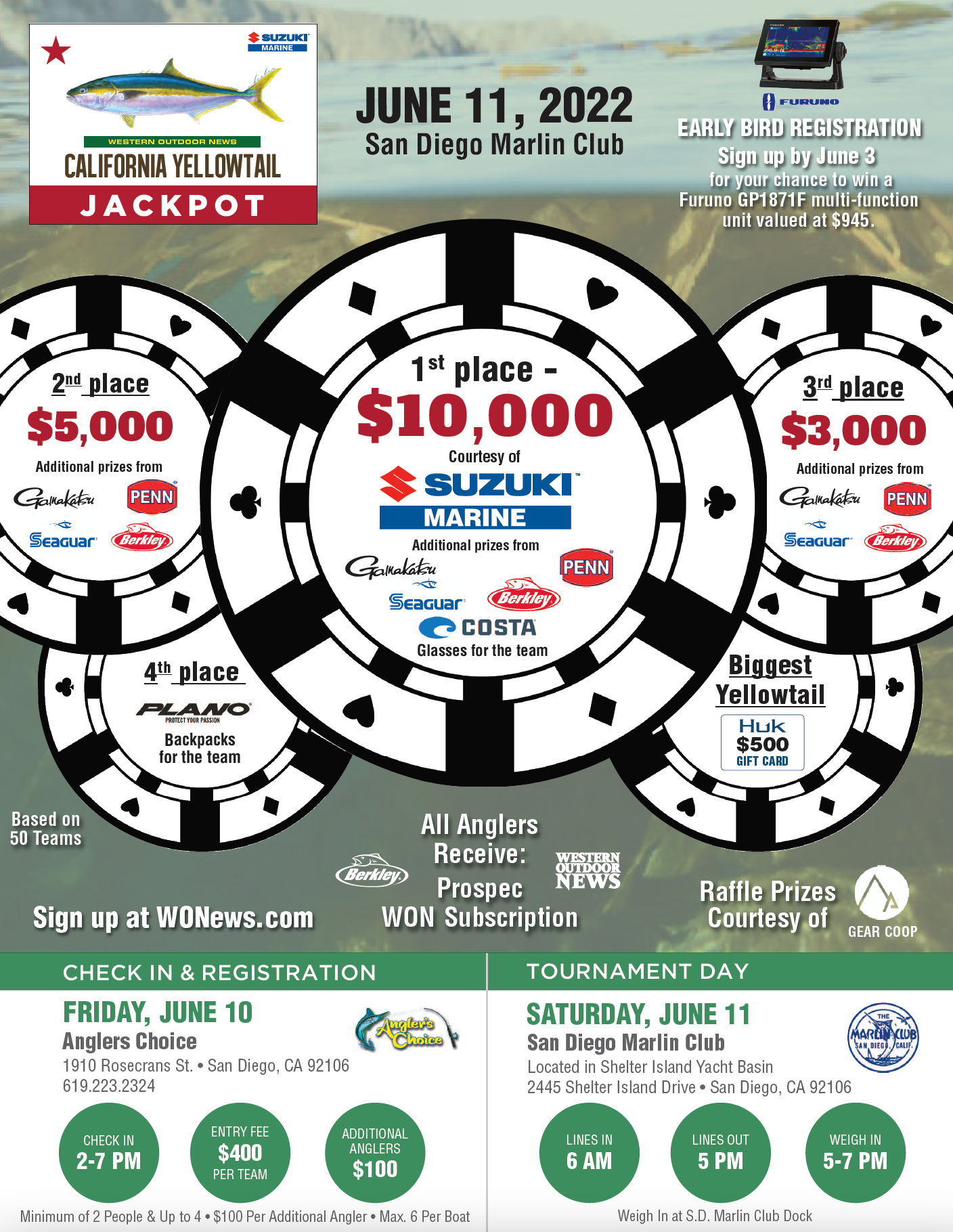 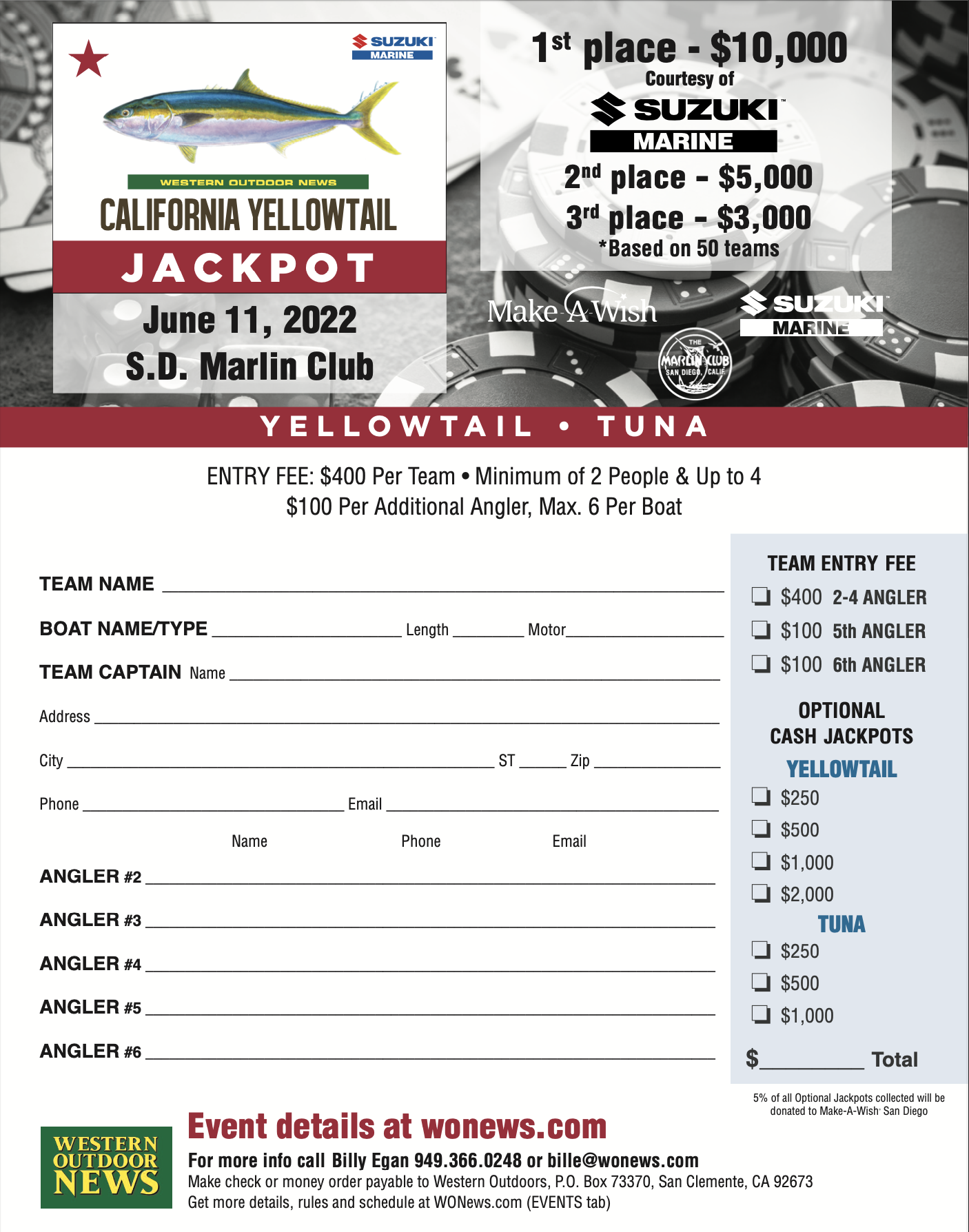 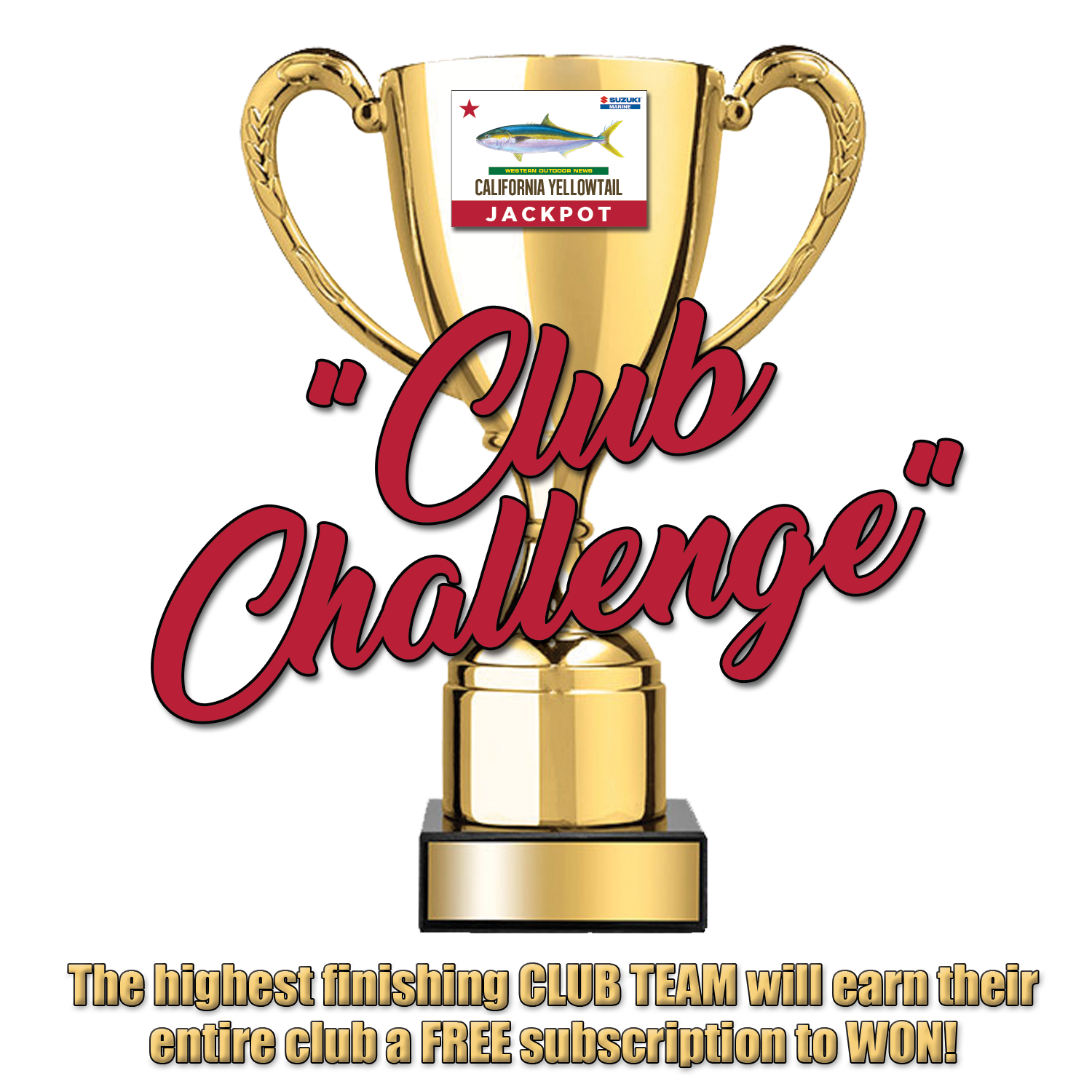 WON is excited to be working with the San Diego Marlin Club yet again for what we feel is going to be another amazing fun filled fishing tournament for years to come.  Once again our sponsors will be heavily involved and ready to doll out thousands of dollars in gear for the second installment of the CA Yellowtail Jackpot. 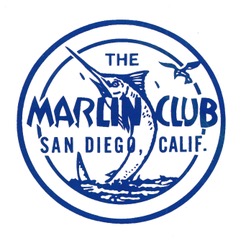 Event Format: teams of 2 and up to 6 anglers max, competing for the top 3 largest yellowtail caught during the competition on Saturday, June 11th.

Teams must be present for a “Shotgun Start” launch scheduled for Safe Light (approximately 6:00 AM) at the inner channel buoy marker. Tournament fishing times are June 11th from 6:00 A.M to 5:00 P.M.  All tournament fish “MUST” be presented to our official weigh station by boat at the San Diego Marlin Club with all team members on board. The weigh-in will be held at the S.D Marlin Club dock between 5:00 P.M. and 7:00 P.M on June 11th. All teams must be inside the Ballast Point landmark entry of the bay by 6:30 P.M. to be eligible to weigh their catch. Teams may not fish for target species until lines-in at 6:00 A.M, but may make bait prior to lines in.

The California Yellowtail Jackpot award ceremony will commence at 7:30 P.M. at the S.D. Marlin Club parking lot with our event sponsored raffles and awards presentation for the top 3 teams and optional winners.

Team Entries: The WON California Yellowtail Jackpot entry fee is $400 per team of four. You may have less than four team members, but there must be a minimum of two members on each boat. Teams may have up to six maximum team members. No more than 6 people are allowed on any tournament boat during tournament hours, and all people on the boat must be on the registered team. Each team member over four is $100 additional for each member. The California Yellowtail Jackpot will have optional yellowtail jackpots available for teams interested in boosting their chances at big money payouts. The event also offers teams tuna optionals, as we all know there should be some roaming the same grounds as the yellowtail during our event. Please click on the entry form for more details on our available jackpot options.

Teams are encouraged to sign up as early as possible with at least their general team entry, so we can make sure all team members are registered and have completed the necessary paperwork to be eligible for team earnings. Teams may send entry by mail with options included. Each team member must complete and send back an event waiver form prior to the start of the event.  Options will not be available online and must be paid by check, wire transfer or money order in advance or at Angler’s Choice (1910 Rosecrans St, San Diego, CA 92106) on June 10th from 1:00 P.M. to 7:00 P.M.  Those teams that have completed their team registration requirements prior to June 3rd, will receive their team packets in the mail prior to the event start date.

AVAILABLE RENTAL SLIP INFORMATION
If you are fishing or planning on fishing the 2nd Annual WON Yellowtail Jackpot this coming June 11th, here are some details on who and where to call for available slips to rent in the Shelter Island area. Feel free to reach out and see what they have to offer you for the event.
The Bay Club – Shelly Griffen 619-224-8888 shelly@bayclubhotel.com
Kona Kai Resort – Victor Lopez 619-819-8153 vlopez@sdkonakai.com
San Diego Harbor Police – Officer Spearel 619-686-6272 spearel@portofsandiego.org
Shelter Island Marina – Joe Ravitch 619-223-0301 jravitch@islandpalms.com
Silver Gate Yatch Club – Celeste Leginski 619-222-1214 cleginski@sgyc.org 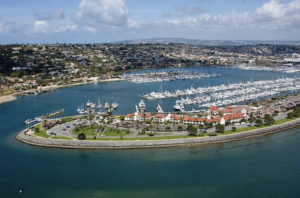 Options may be paid online or sent in by check no later than June 3rd.  Options may also be sent by wire transfer or dropped off to our San Clemente office.  Any team member changes must be completed before June 10th by 7:00 P.M.  Once WON has received all entry, options money and team waivers, your team can miss the registration on June 10th.

WON Bay of L.A. adventure delivers in the wake of hurricane