REGISTER IN PERSON AT ANDERSON TOYOTA FROM 4-6:30pm!!

Step 3 – Complete online purchase!  All fields must be filled in below regardless of entry type.

Friday May 5th Registration at Anderson Toyota from 4PM to 7PM is located at 6510 Showplace Ave, Lake Havasu City, AZ 86404

Click links below for 2023 Itinerary and Rules and Entry Form 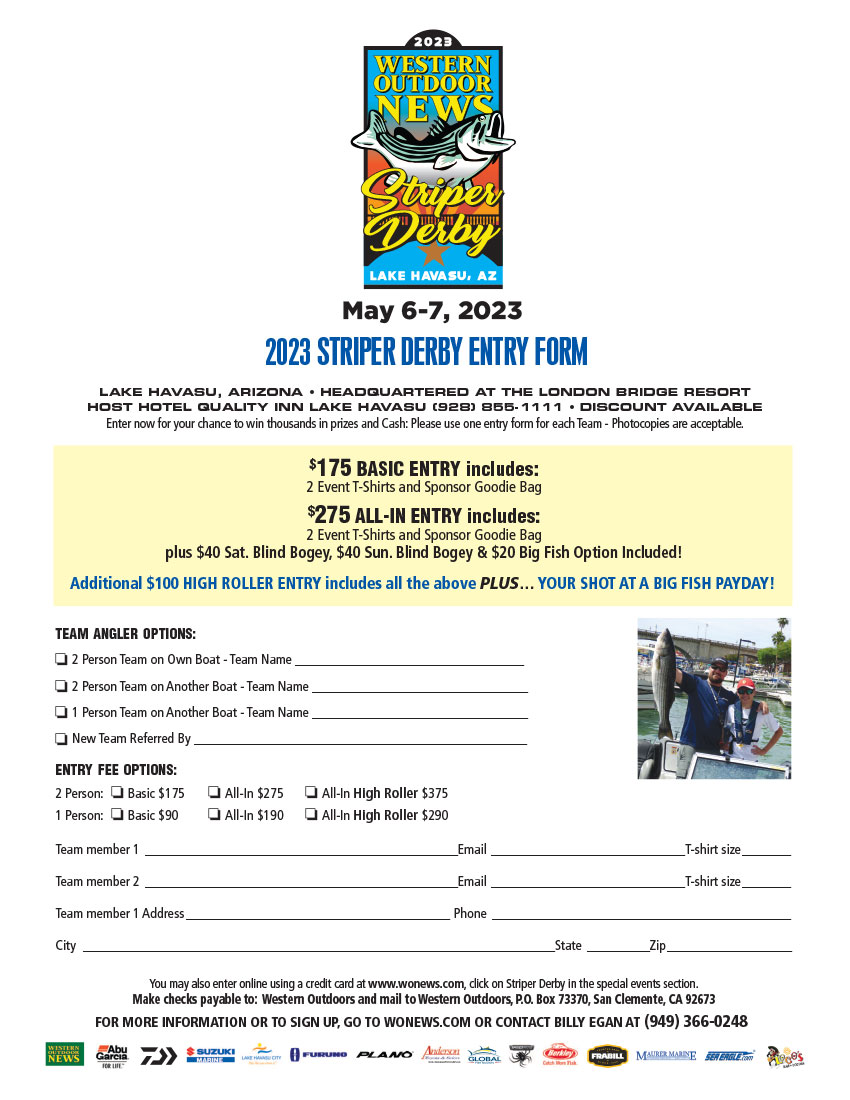 What’s happening at the 2023 Striper Derby? 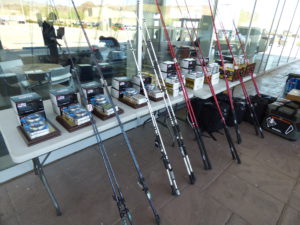 Western Outdoor News and the city of Lake Havasu are proud to be hosting the 41st anniversary of the Lake Havasu Striper Derby this coming May 6-7, 2023.

The entry fee is $175 per team and it includes your basic entry and chance to win tackle prizes, trophies and many other certificates, including your Striper Derby hat and T-shirts for both team members. But most people enter the great options, which are $40 each day for the the blind bogeys. The General Big Fish Option is $20 per team and goes into the pool to be paid out to the five biggest stripers caught during the tournament based on 1st (35%), 2nd (20%) 3rd (20%) 4th (15%) 5th (10%). So for only $275 your team is “ALL IN.” This year there is the “HIGH ROLLER” entry, which puts those choosing to lay down another $100 into a separate TOP 3 Big Fish pool to be paid back on to the angler with the 1st (50%), 2nd (30%), 3rd (20%) biggest fish based on the number of anglers entered into the pool. The ever popular “BLIND BOGEY” contest running on both Saturday and Sunday is a fun way to win some random cash at the event . The $40 entry cost for each day goes into the blind bogey fund and gives the team a chance at winning a share of the random blind bogey weights. So whatever sized striper you catch, bring it in and weigh it and you might just be a cash winner, too. 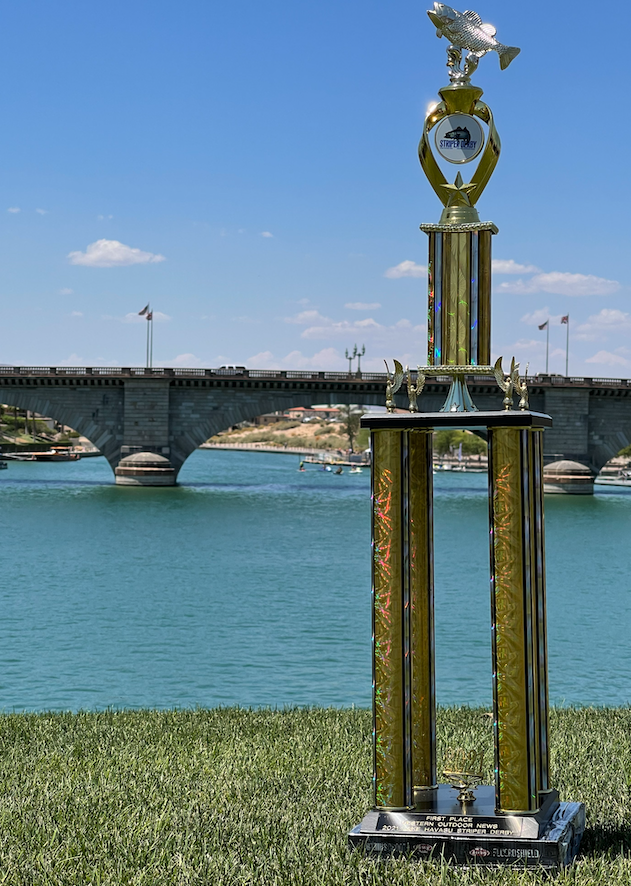 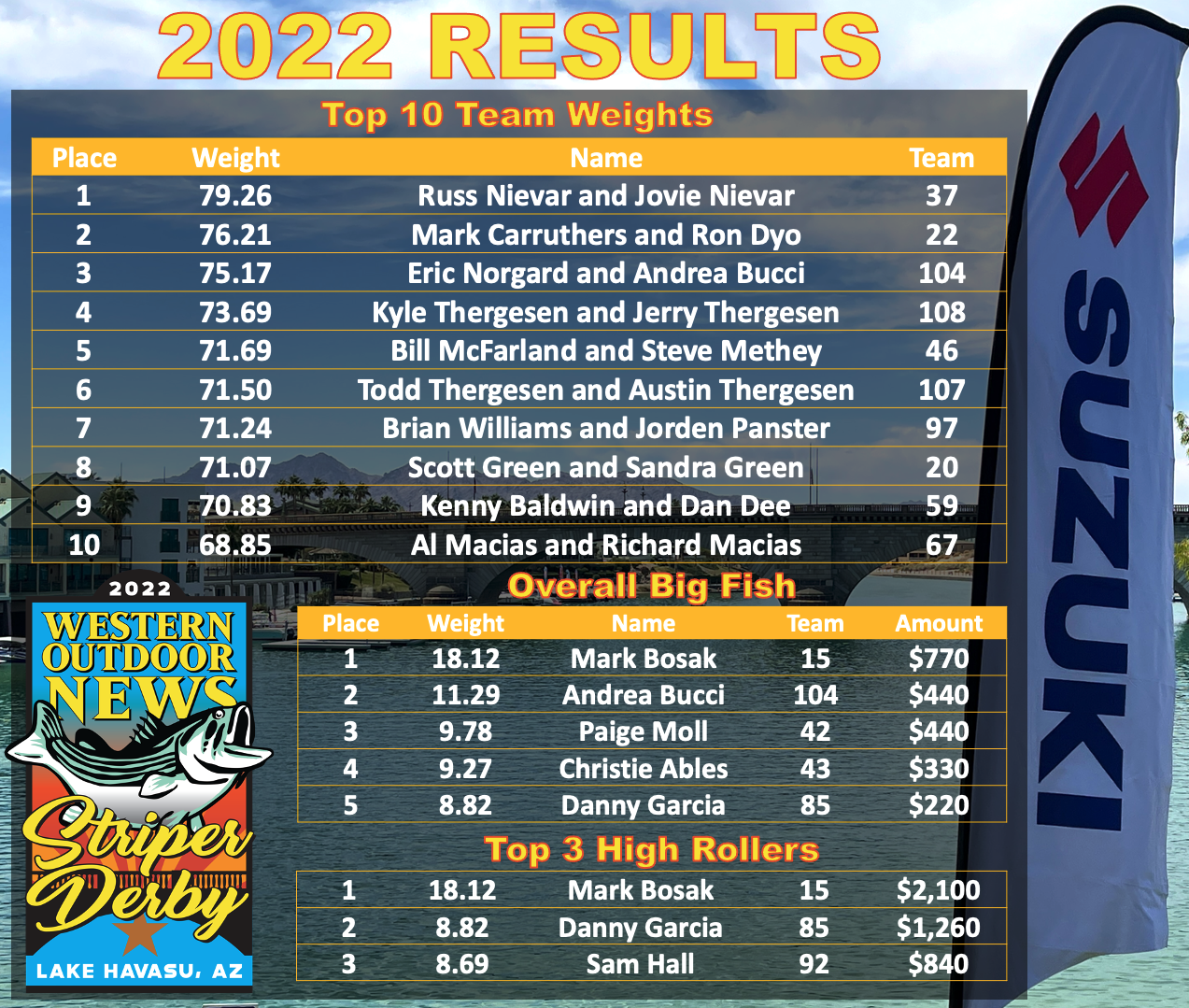