It’s a 10-week event, so there’s still plenty of time to sign-up HERE!

SAN CLEMENTE – If there is another tournament putting saltwater anglers of all kinds on a level playing field for absurd prize packages other than the WON Big Fish Challenge (BFC) presented by Mercury, we’re all ears. Fish when you want, how you want and for what you want during a 10-week stretch in the peak of the summer season. Weekly prizes are also a big part of it, and an angler can get involved for as little as 10 bucks or “all in” for well under the price of a California fishing license.

The premise is simple: on WONews.com, sign up for the WON Big Fish Challenge (under the EVENTS tab) and select which of the six species (tuna, yellowtail, halibut, white seabass, lingcod and bonito/barracuda) you would like to target. The entry fee is $10 per species selected, or a significantly-discounted $40 to go “all in” and shoot for all six.

Once registered for the BFC, any time a participant is fishing from a sportboat, private boat, float tube, surf board, jet ski, shore or anything else during the 10 weeks between July 3 and Sept. 10 is competing to catch the biggest model of each species. Any qualifying fish caught and registered at one of the many official BFC weigh stations up and down the coast is in the running, and a leader board will appear on WONews.com as well as printed in the paper. When the smoke clears following the final buzzer in September, the angler with the biggest fish for each species gets a grand prize package worth over $5,500 (and growing). The biggest of each fish each week also scores a weekly prize pack.

If this sounds like a no brainer because you’re “going to be fishing anyway,” well, that’s where you’re right. Now, in addition to filling your freezer, chasing jackpots and setting new personal bests, you’re fishing for one of six grand prizes packages you may have to remodel the man cave to accommodate. This in addition to some respectable weekly prizes that are pretty easy to lock up, in fact, some of them go unclaimed simply because a BFC angler didn’t bother registering a catch because “it’s probably not big enough,” when a barely-legal barracuda (for example) would have grabbed a prize that week. More on that later.

Eligible waters are the standard Southern California – and northern Baja for that matter – hit list, between Point Conception (34.44811 degrees north) and Punta Colonet (31.06755 degrees south) if you want to really get down to the itty bitties.

All the rules are posted at WONews.com, and this is the basic overview of the Big Fish Challenge, but the following is taken directly from the official BFC rulebook:

To submit an entry, the angler will E-MAIL a photo and specific information about their catch to WONBIGFISH@wonews.com. This photo must be taken at an official weigh station. Using the tournament weigh station board provided, pertinent catch information, including angler name, date, fish species and weight must be readily visible within the submitted photograph.

That is a new addition (emailing entries) in this year’s installment of the BFC to make it even easier for the anglers to submit a qualifying catch, and also to house all things BFC right there on the new WON website in one tight, tidy package.

Each year, new official weigh stations are added to the list as more relevant businesses step up to get involved. They include well-known tackle shops, landings, fuel docks, fishing clubs even restaurants and a fish processing outfit. The complete list including hours of operation of each is also located on the BFC section in the sign up area (under Events; tournaments and derbies) at WONews.com.

The six grand prize packages are already beefy and sporting an overall retail value of about $5,500 each, but based on BFCs past, that can still fatten up even after the event is underway. In fact, that total value increased by $50 as this overview was being written when another new participating sponsor (Charkbait) climbed aboard with a $50 gift card for each of the six categories. ***update*** Maui Jim just jumped aboard a couple hours later and joined as a BFC sponsor and will add a pair of their top-of-the-line polarized sunglasses for each grand prize package. That’s another $300 in value per grand prize haul.

The cash and prizes come from Mercury Marine, Penn, Maui Jim, Global Fish Mounts, SKB, Furuno, Engel Coolers, Gamakatsu, Berkley, various sportfishing operations, 976Bite.com, Rapala, HI-SEAS, Terrafin, Fishworks, Charkbait and Studio Abachar. The specific details of each prize can also be found on the BFC area of WONews.com and in a sidebar in this issue of WON.

Even while standing as the ultimate “every man” fishing competition, there are still participants who have been in for years if not from the beginning who just “get it” and are always in the hunt for a grand prize. Since the BFC kicked off, we’ve had a winner of two grand prize packages in the same year when a guy (a kayak angler no less) wound up on top of two species categories. We’ve had back-to-back winners in a single category as well as for one species one year and another fish for the next. As tournament organizers, we’ve also seen the trends shift one year to the next as far as winners coming from party boats versus ‘yaks versus private boats. There really is no way to predict what kind of year it’s going to be in that respect, and BFC organizers have also not picked up on any advantage one type of angler has over another. It truly is a level playing field.

With all the cool stories that have come out of the BFC, there is also heartbreak, and it extends well beyond the on-the-water element of the event. In the WON office, we’ve seen some pretty frustrating scenarios play out. One example is, a week passing without a yellowtail weighed in, presumably because BFC participants know it’s not going to threaten the top spot or even be big enough to win a weekly prize, so the weekly prize goes unclaimed when a rat yellow would have taken it. That has happened several times with several species.

Another one was back when dorado were swarming SoCal waters all the way up through L.A. County, but the category did not have a qualifying fish until Week 9 of the Challenge, and it was a small one, AND it was when we were receiving tons of photos for publication of guys with big dodos caught essentially within view of WON’s west-facing windows in south Orange County. We were all but begging these guys to sign up (in case they got another one in the final week) just because it was such a bummer for us and them, and while it happened less over the years as more anglers found out about the BFC and got involved, it does still happen at some level every year.

That actually brings up another good point, anyone can sign up and get involved at any point of the event. With such a low entry fee, a lot of entrants including some grand prize winners did it that way, but there’s no question being in from the beginning offers the best shot at winning.

The good stories still outweigh the devastating. Another one that come up is when we notice the top spot in a particular category changes hands several weeks in a row between two anglers only to later find out they are buddies fishing from the same boat.

For all the info on the WON Big Fish Challenge including a detailed prize list, rules, official weigh in locations, registration and to keep tabs on the leader board once it starts, head on over to the fully remodeled WONews.com. 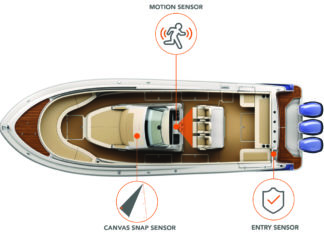 Boat monitoring and security more important than ever

Ammo background check thrown out by judge, then reinstated 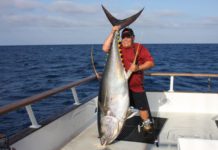 Long range then and now 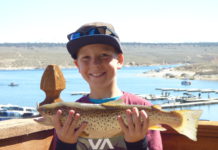 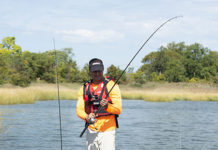 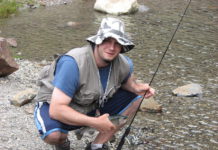