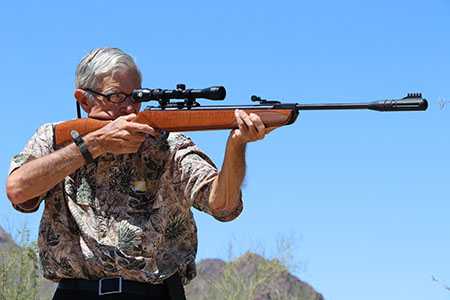 Following a two-year hiatus, the Model 70 Winchester bolt-action centerfire rifle is returning to the marketplace this year some of the four new sub-models to be available in a month or so.
Expect these latest iterations of “The Rifleman’s Rifle” to be on store shelves sometime in June, if not slightly before. The folks at Winchester have been taking orders since last fall, so it is merely a matter of how quickly they can get the production lines going full-steam at the FN factory in Columbia, South Carolina.
For this year, the Model 70 will be available in four different sub-models, and chambered for nine different cartridges — .243 Winchester, .270 Winchester, 7mm-08 Remington, .308 Winchester, .30-06 Springfield, .300 Winchester Magnum, .270 Winchester Short Magnum, .300 Winchester Short Magnum, and .325 Winchester Short Magnum. Not all chamberings are available in all sub-models this year. Winchester plans to expand the offerings in the future, but has its hands full, just trying to keep up with initial orders.
The sub-models available this year are the Super Grade (msrp $1,149), Featherweight and Sporter Deluxe (msrp $999 to $1,049) and Extreme Weather SS (msrp $1,149 to $1,199).
It was almost exactly two years ago on March 31, 2006 when the Winchester factory in New Haven, Connecticut closed its doors forever, ending more than a century-long tradition.
With respect to the Model 70, it was produced at the New Haven facility from the time of its introduction in 1936 until the factory closed in 2006.
From 1936 to 1964, the Model 70 was made pretty much as it had been introduced – with a few changes along the way like the location of the three-position manual safety and things like that.
Then in 1964, Winchester introduced a push-feed Model 70 to replace the original, which featured a controlled round feeding system with Mauser-like non-rotating extractor. The push feed was produced as the only Model 70 from 1964 until 1991. Then in 1992, Winchester introduced what it called the “Classic” Model 70 action, as it continued to offer some push-feed models, as well. That practice continued until 2006, when all production of Model 70s ceased – until this year.
So, 2008 ushers-in a new era for the Model 70, and the rifles being offered now are really nice. For the most part, they are the Model 70 Classic reincarnated. But there is one rather major difference: the trigger system.
Some folks in Gundom figured the Model 70 already had one of the best trigger systems in the industry. But the new rifles will feature what Winchester calls the M.O.A. trigger system that features three levers in a pivoting lever operation. This allows for adjustment from 3 to 5 pounds pull and no takeup, creep or overtravel. This is significant stuff.

Anyone who likes the Model 70 or who would like to like the rifle, it is available again and from the looks of things, it is likely better than ever.

Savage Arms: Guns For Everyone