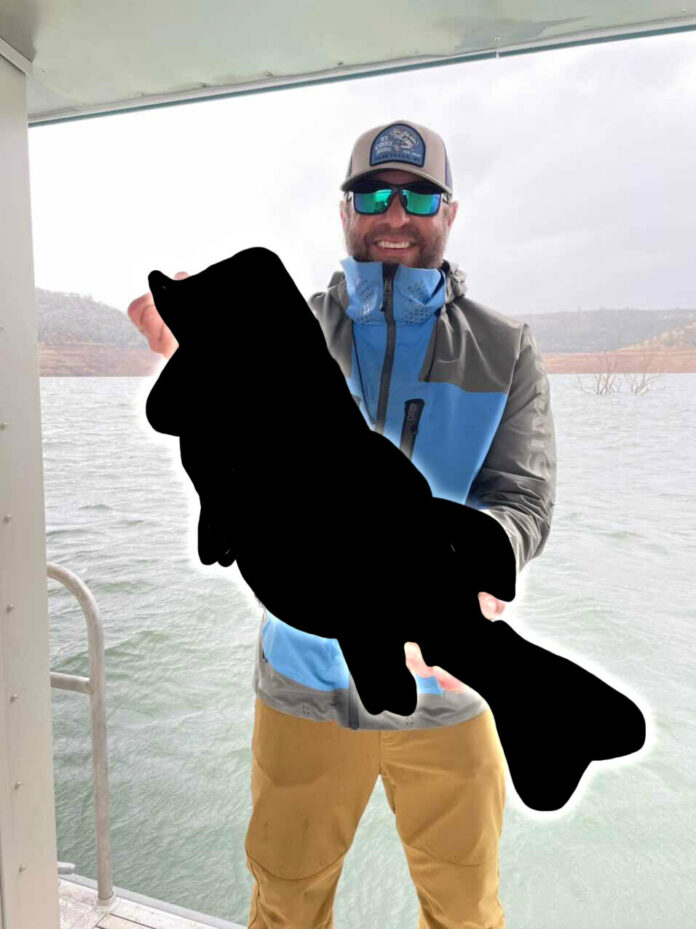 Swimbait specialist, Alex Niapas of St. Croix Rods, no stranger to double-digit bass, demonstrated his expertise at tossing big baits, adding to his legendary status in Northern California with another trophy bass in his quiver.

He said, “I spontaneously decided to go out to Melones to fish for few hours to try out some new baits and test a new swimbait rod from St. Croix rods. The new swimbait rod has a new unique feature with a pistol grip under the reel seat. At first impression, it looked odd and doesn’t look practical to me, but after using it for few trips, I’ve gotten used to it and like it.

The grip allows me to keep my wrist in a natural power position with no strain on my wrist. After launching my boat, I tied on new swimbait that’s called Mag X from HawgHunter. The key feature of the Mag X is its size, measuring at twelve inches, and it resembles the size of trout that usually gets planted in the Mother Lode reservoirs.”

The first spot Niapas tried was a main lake point close to the ramp. Where he got bit but missed only to see a 4-pound bass following the bait back to the boat. He made a few more fruitless casts before moving on. “I was at the south end of the lake by now and noticed a secondary point that I had won a tournament the last time the water level was this low back in the winter of 2016,”  he said.

“The point isn’t an obvious point to fish by sight as it’s steep at perhaps 45 degrees, but it has small ten-foot-tall, submerged trees on each side of the point. My first cast I threw straight across it in about fifteen to twenty feet of water and began retrieving the Mag X. I felt the bait go through the first batch of trees, but then during the second batch of trees, the bait hung up on a tree limb so I put my rod straight up at a 90-degree angle and gave it quick snap pull, and the bait popped off the limb.”

“As soon as the bait came off, I got hit hard by a fish, set the hook, and instantly the rod loaded up and began to fight the fish. The fish tried to pull back into the tree, but I keep my reel’s drag locked down with 25-pound Seaguar fluorocarbon and was able to drag the fish away from the trees. It came up and jumped 25 feet away from the boat, and that’s when I knew I had a giant fish on.”

“When I felt the weight of the fish, I knew how big it was. I put the fish in the livewell and it barely fitted. New Melones has some huge bass, and I have been fortunate once again to find one of them. Throwing a big bait is high risk as it takes years and many empty casts to perfect the technique, but the rewards are incredible.” 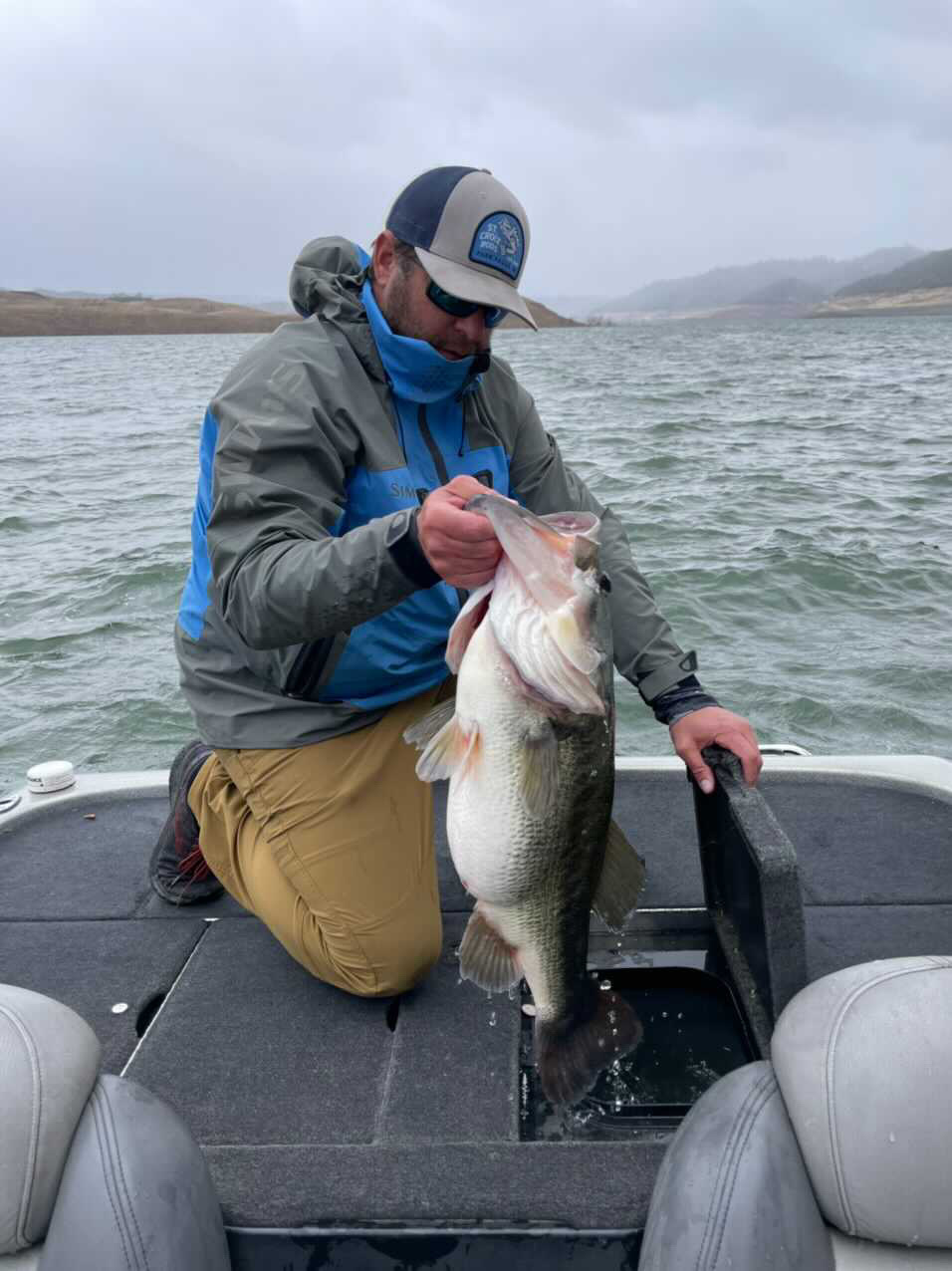 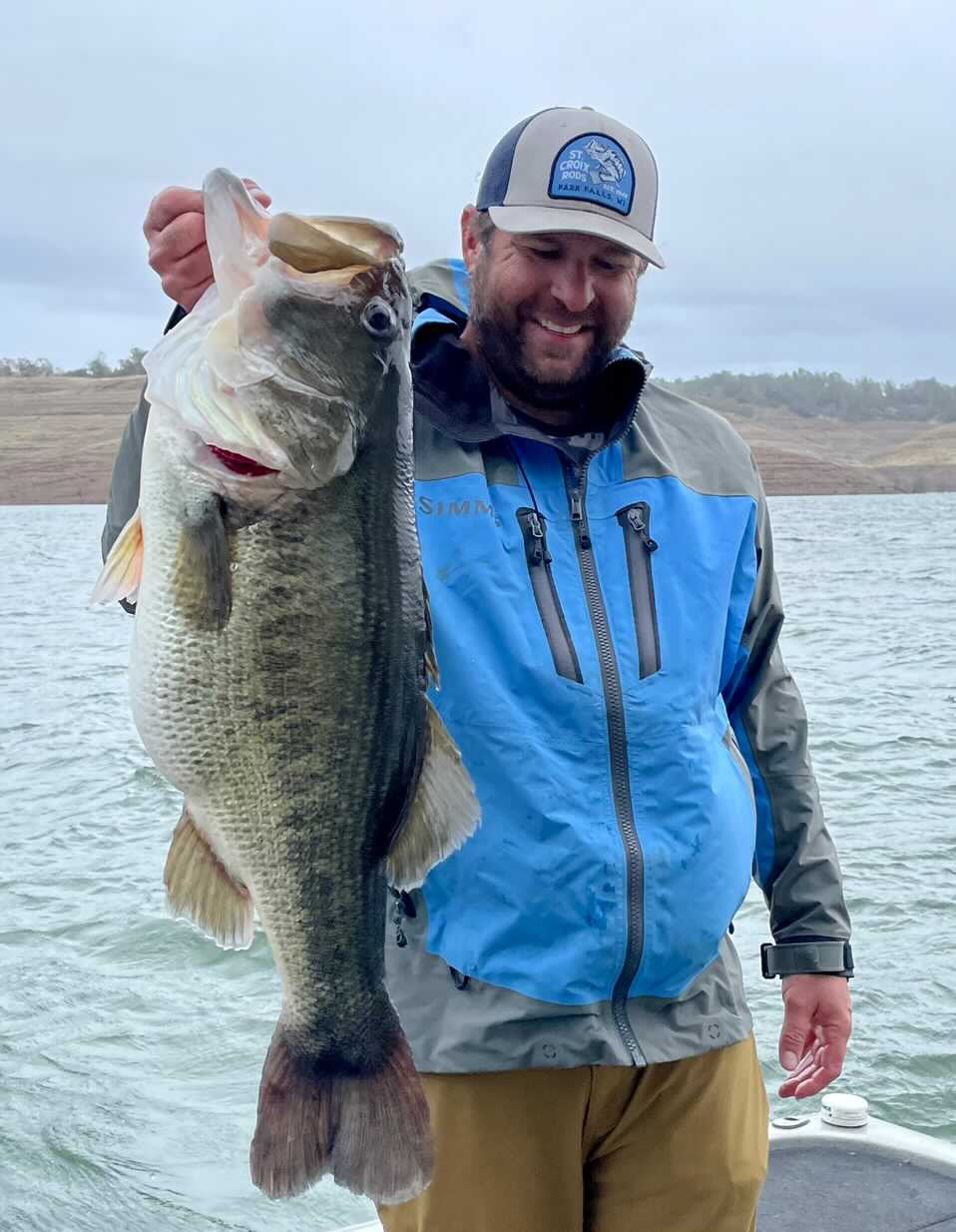 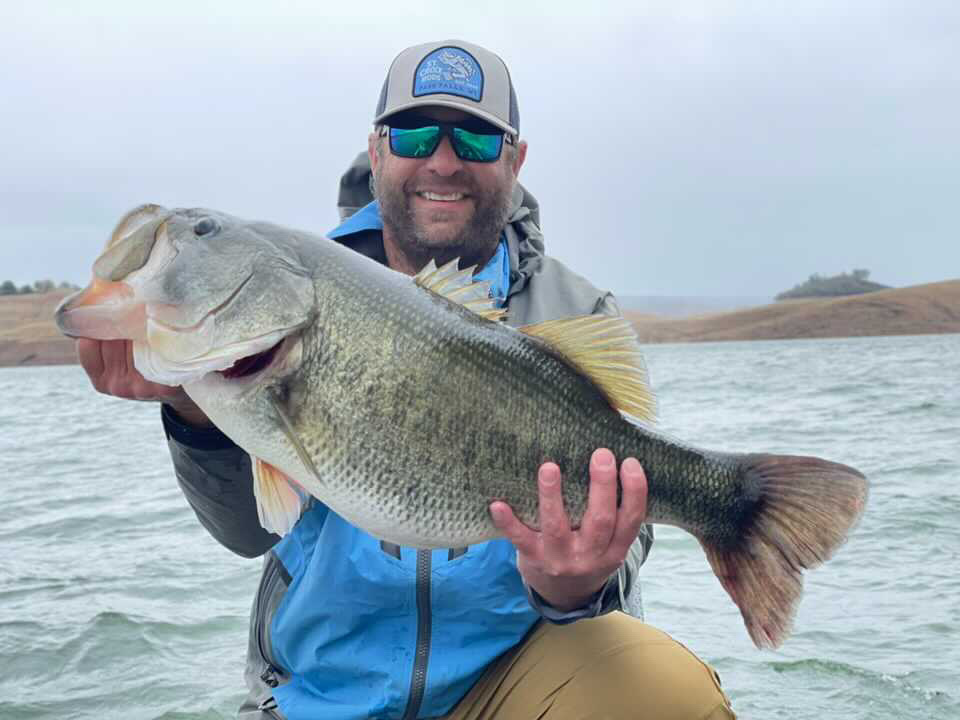 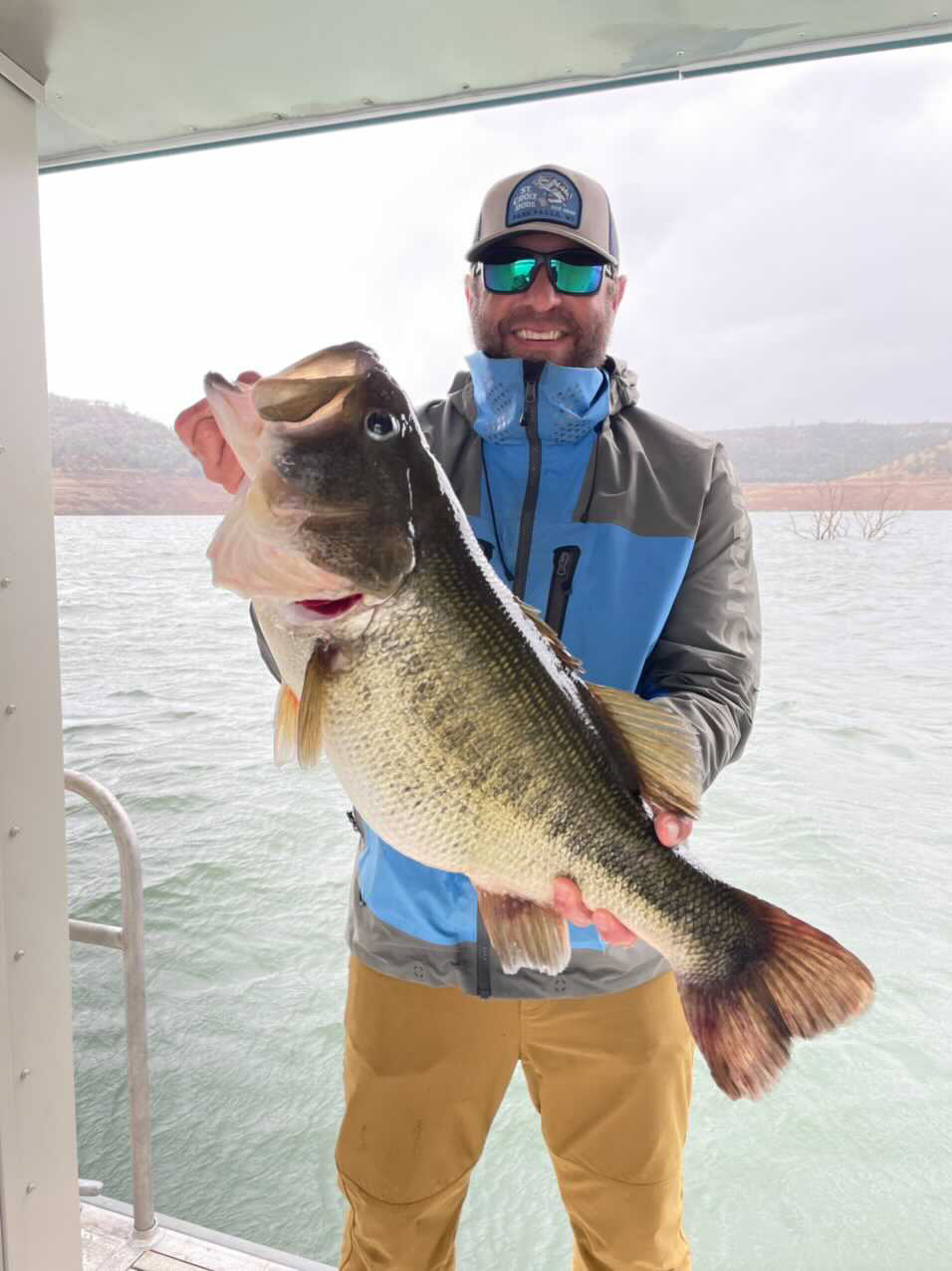