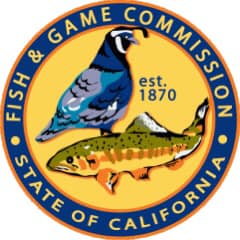 SACRAMENTO – The California Fish and Game Commission (FGC) voted unanimously Wednesday, April 15 in favor of an emergency regulation that authorizes targeted recreational fishing closures and seasonal adjustments through May 31, 2020. State officials characterized the regulation as a surgical approach that stops far short of a statewide closure.

The emergency regulation originated after Inyo and Mono Counties, home of the most popular Eastern Sierra trout fisheries, formally requested the delay of the annual opener popularly known as “Fishmas” in response to the COVID-19 health emergency. Officials including local sheriffs and county supervisors voiced concerns that the expected influx of visitors could spread the virus and overwhelm local health and public safety resources. Those counties had already closed visitor services such as motels, restaurants, campgrounds, RV parks, launch ramps and lake access roads. Inyo and Mono have since been joined by Alpine and Sierra counties in their requests to delay the trout opener.

“I understand Californians desperately need the outdoors for solace, re-invigoration and spirituality, especially so right now,” said Bonham. “The proposal was never about a statewide permanent closure. It is about being responsive to local needs in this public health emergency, where we must do all we can as Californians to help each other make it through this together. We intend to use this authority surgically and based on local needs and knowledge.”

“Governor Newsom recently said we expect a mid-May peak of COVID-19 and we must prepare for that surge,” said Sklar. “Today’s decision is a smart and responsible approach to be ready. It does not delay or restrict specific fisheries or waters, but rather prepares us to expeditiously do so if needed to mitigate the spread of COVID-19.”

Local government representatives from Inyo and Mono Counties spoke in favor of the proposal. Sheriff Jeff Hollowell, Inyo County, shared a common refrain. “It was a difficult decision to request a delay to the opener which is well loved by locals and visitors alike,” he said.

Mono County Supervisor Stacy Corless said, “No one wants to be the Grinch who postponed Fishmas, but there are significant health concerns. We’ve already lost a beloved member of the community to this disease. We look forward to welcoming anglers back when the Governor’s stay at home order is lifted.”

Representatives of some counties spoke in opposition, largely because they wanted their residents to continue to have access to local fisheries. Others who were opposed pointed out an effort shift is inevitable. While Inyo and Mono Counties are expected to see a decrease in visitation once the opener is delayed as expected, nearby counties may experience an increase in travelling anglers.

Larger mainstream fishing advocacy organizations such as CCA-California, the California Sportfishing League and Coastside Fishing Club broadly supported approval of the emergency regulation, but only if the process was surgical and measured as promised in the days leading up to the meeting.

“We appreciate your reiteration that you have no intention of a full closure which is why anglers have been expressing concern,” CCA-California Executive Director Wayne Kotow said. “We understand the need for public safety, so we do support short term surgical or targeted closures based upon medical recommendations to reduce close contact and overcrowding. But we need to be able to get outside, as you have stated, and enjoy nature as long as we are responsible and follow all guidelines.” He went on to encourage anglers who can still go fishing to adhere to the recommended social distancing guidelines, wear masks when around others, and err on the side of caution until the public health risk lessens.

“While California anglers have practiced social distancing long before required by the COVID-19 pandemic, we recognize that these are extraordinary times and there may be limited circumstances when temporary local restrictions may be warranted,” said Marko Mlikotin, Executive Director of the California Sportfishing League (CSL). “We are pleased that the state will employ a very measured approach to balancing the mental health benefits of being outdoors with the need to protect the health and safety of communities dependent on outdoor tourism.”

General public comments were overwhelmingly in opposition to the emergency regulation. Some speakers expressed the concern there could be a domino effect if one county after another requested recreational fishing closures for their jurisdictions. Others objected on state constitutional grounds or pointed out that fishing for subsistence while observing social distancing is safer than shopping at a busy grocery store and should not be impeded.

Many public commenters complained about de facto fishing bans imposed by local authorities through the closure of fishing access points including launch ramps and asked for intervention on behalf of anglers. Sklar and Bonham repeatedly advised the public that such local closures are beyond the scope of the Commission’s and Department’s authority.

An earlier attempt to consider the emergency regulation was scuttled due to technical difficulties caused by a crush of public interest that overwhelmed phone lines, as well as some deliberate disruption from members of the public. In the aftermath, the Commission and Department took great pains to argue the intent of the emergency regulation would be surgically applied in limited areas for a short time to end May 31, 2020.