COLORADO RIVER (BELOW DAVIS DAM) – According to Rusty Braun at Rusty Riviera Marina, striped bass are still biting at a good clip along the shores of the river below the dam. Anchovies are far and away the best bait, and fish to 7 pounds are being caught in the Big Bend area, near the Nature Center, Community Park or in the casino zone. The casino area in particular is producing some nicer stripers on glidebaits for anglers getting out there at night. Trout are being stocked in the area again, and the current hotspot is Community Park.

LAKE HAVASU – Anglers saw an improved bass bite for much of the week for a good mix of both largemouth and smallies with more quality fish making appearances, said Cliff Rubin at Bass Tackle Master. There’s been a good flip bite in the tules in isolated areas, and some guys have been having success with deep-running cranks, but expect the cold and windy weather that rolled in Sunday night to have an effect on the going forward. The striped bass bite was also good for anglers following the birds and throwing topwater and swimbaits. Look for this bite to hold up heading into late fall as the linesides key on bait. With cooler temps, however, expect the catfish and redear bites to taper off.

LAKE MEAD – More of the same from a week ago on the striped bass front with a very hit-and-miss bite, reported John Wood at Angler’s Edge Guide Service. Swimbaits and topwater have been picking off some boiling fish at first light out in front of Sand Island, which has also produced some linesides on jigging spoons — perhaps the most consistent bite has been soaking live shad at night in the Sand Island channel. There have also been some spots of fish located outside of Boulder Harbor and Hemmenway. Green bass have been best in the Overton Arm and in the Echo Bay area, mostly on finesse plastics and craw imitations.

LAKE MOHAVE – Striped bass fishing has been picking up, and good catches have been made around Carp Cove, the power lines and open water spots between Katherine Landing and Davis Dam. Big baits are finally starting to pick up some stripers, including a pair of 7 pounders that feel for a River2Sea S-Waver caught by a couple WON readers. Smallmouth and largemouth are being caught on spinnerbaits and topwater, and the power lines area has been good for those as well. Water temp down here is 63 degrees.

WILLOW BEACH – There’s actually been an above-average mix of species being caught up here with quality largemouth and smallmouth showing up on big topwater stuff like Lunker Punkers and Pencil Poppers. Some solid stripers are also eating the Punker for boaters hitting points and coves “down river” from Willow Beach Marina. Trout are still being stocked weekly, and they’re being caught near the Marina on floating baits, jigs, spoons and spinners. 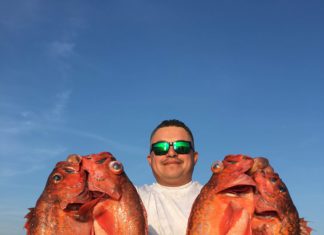 Fifty years on the Tejon Ranch 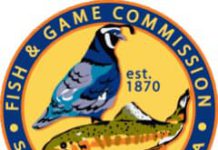 Best salmon action of the year for SF boats 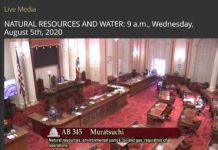 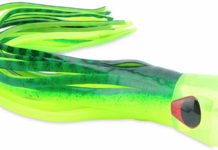