Sailing from H&M Landing early evening, Captain Mike did an outstanding job of navigating a last-minute San Clemente Island closure and unpredictable pelagic bite to put everyone onto exceptional rockfish grounds aboard the newly-refurbished Daiwa Pacific. “I haven’t seen rockfishing like this for years!” was a common refrain.

After a relaxing evening with everyone enjoying a few drinks on deck and bunk rest, the DP arrived at some promising grounds and anglers were quickly into a selection of quality red and starry rockfish along with big whitefish and sheepshead. The pattern repeated itself on almost every drift with a variety of depths and grounds producing different grades of fish including many sizeable reds and, later in the day, a series of big lingcod to over 20 pounds.

With a total of 9 lings on the boat at final count, this was definitely the trip to be on if you wanted to target these dinosaurs in SoCal. The technique for snaring the lingcod varied with several fish coming up biting onto a hooked rockfish or whitefish, whilst others targeting them specifically with livebaits and big jigs also found fish. Squid strips or sardines and dropper loops with 6- to 12-ounce sinkers picked up the rockfish. This WON writer managed a few drops between hosting and photography duties and also hooking up on a nice ling was a real highlight of an altogether excellent trip.

The Daiwa Pacific has been recently refurbished and is under Captain Mike’s new ownership, which makes the clockwork operation of the crew, galley and vessel even more impressive. Everyone and everything worked perfectly in sync to get anglers onto fish and the atmosphere throughout was happy and positive. After a fantastic day’s fishing – we also saw whales and dolphins ­– happy anglers retired to their bunks for the motor home, bellies full of an exceptional steak dinner prepared by chef Alex.

All WON charters feature a big fish jackpot and numerous other prizes plus a swag bag for everyone. The $100 Huk giftcard big fish jackpot was won by Eric with a 20-pound lingcod caught on a sardine, whilst big lings also took second (Plano jig wrap) and third place (Daiwa J-Braid) prizes. A raffle draw and prizes for the hardest-fishing angler also spread the prizes around to those who didn’t find a big fish. 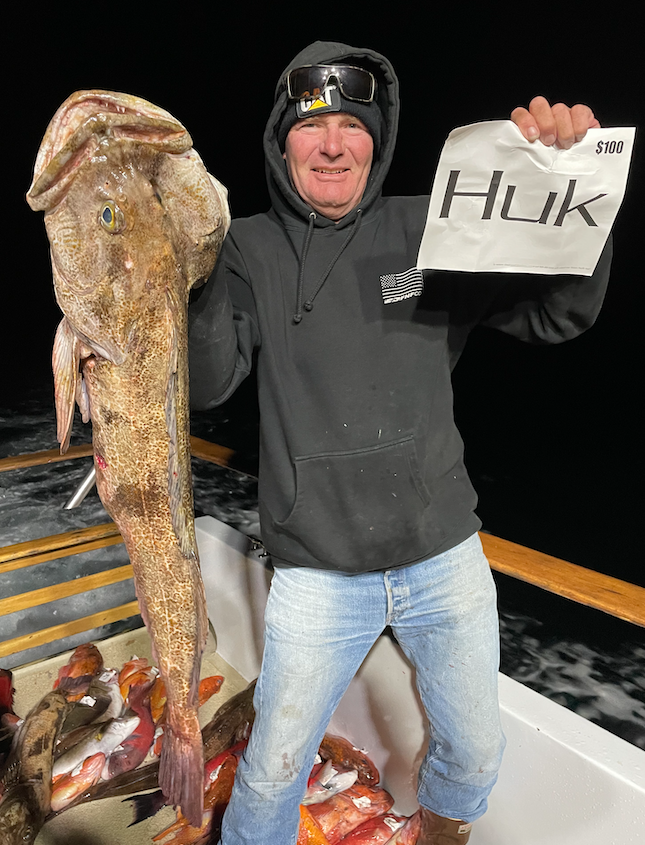 Overall, an outstanding time was had by all and seeing so many big ling and rockfish away from the usual island haunts added a different flavor to the trip. Everyone on the boat said they’d be rebooking for the next installment as soon as possible, so make sure you put your name down for the next WON trip of this ilk because those spaces are going to fill up fast, just like the fish holds on the Daiwa Pacific.