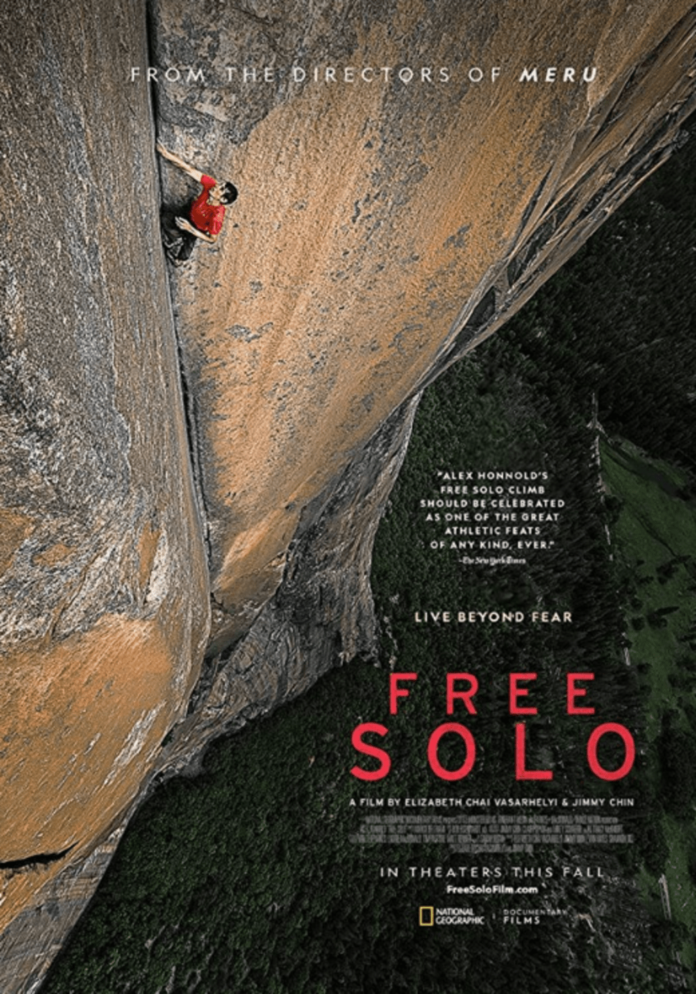 SAN MARCOS – With plenty of time to kill on the home front, it’s safe to assume some a chunk of the evening hours will be spent consuming something on screen. At a time like this, some of that screen time should be taking in stuff that scratches our outside itch at some level, and below are some from my personal arsenal that do exactly that.

Not knowing what your viewing situation is, I didn’t list where they all can be found, but, I do know they are a simple search away from popping up either on a channel you already have, or as a cheap streaming rental, so have at it.

You’ll notice a lot of climbing stuff. That’s a personal thing even though I’ve never mountain climbed nor do I have any intention to. Maybe it’s because I’m a Sierra guy, but I’ve always been drawn to them and they’ve only gotten better over the years as far as the cinematography and vibe, not to mention, climbers (and long distance hikers) always have cool gear.

Another thing you might notice is, not much with a lot of hunting or fishing. There simply aren’t many good ones, especially for viewers like us who are going to notice every nugget of Hollywood inaccuracy like a police officer might while watching a cop movie. And I know what you’re thinking. Yes, there is A River Runs Through It. That inarguable masterpiece gets to stand on its own apart from any such list, even if there really is no such thing as “shadow casting.”

The Revenant – Leo DiCaprio plays Hugh Glass in a loosely-based-on-a-true-story about a fur trading mountain man who runs into bit of a speed bump when he gets ripped to shreds by a grizzly bear and left for dead by his mountain man buddies. He somehow survives and claws his way across a landscape worthy of the Best Cinematography hardware the film received as he seeks revenge against those who did him wrong. The bear attack scene is as realistic as it gets (as someone who once had his backpack carried off by black bear at Lake Mary, I’m in the know), and there is an element of comedy in it if you go in with the knowledge that Leo won Best Actor after spending most of the film grunting in agony. 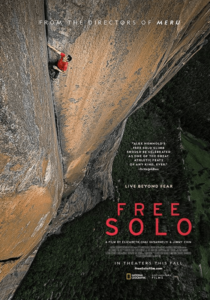 Free Solo – Immediately tabbed the greatest climbing movie of all time, I made a point to see this one in IMAX with a few buddies. The next day, one said his arms were sore (from death gripping the armrests) and the other complained of jaw pain (after two hours of teeth clinching). Follow Alex Honnold (the Michael Jordan of climbing) as he attempts to “free solo” (that means climb things without safety gear of any kind, or anything to assist in any way). That’s right, no ropes or harnesses, no clippy things. You slip, you die. Despite being a superstar in the climbing world, you’ll chuckle throughout at Honnold’s ho-hum approach to everything from his spartan day-to-day life to toying with certain death, and you’ll dream about living in a van in Yosemite. 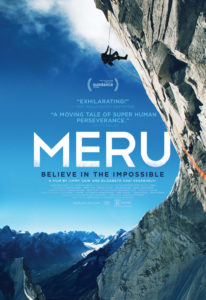 If you’re like me and find yourself falling down a climbing movie rathole, Meru is another great one of the ice-climbing variety (and the product of the same incredible film maker that did Free Solo, Jimmy Chin, who is also one of the main subjects in this one as an accomplished climber in his own right). The Dawn Wall is also outstanding, and just happened to launch around the same time as Free Solo, so it kind of got buried in the hype, and Dirtbag chronicles one of the most influential climbers of all time, Fred Beckey. The term “Dirtbag” is the climbing version of “trout bum,” and he took that lifestyle to the highest level.

Jeremiah Johnson – I assume most WON readers have seen this one and for those who haven’t, it’d be a lot cooler if you did. Robert Redford plays a Mexican War veteran seeking self-sufficient solitude in the Rockies in this 1972 mountain-man standard. I remember running across it for the first time and being all in when a young Redford looking to head for the hills asks a guy, “Just where is it I could find bear, beaver and other critters worth cash money when skinned?” The answer, of course, was “Ride due west on the sun sets, turn left at the Rocky Mountains.” There’s some laughs, and there are are elements of absolute devastation. “And some folks say, he’s up there still.” 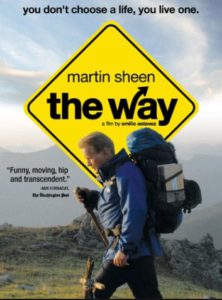 The Way – I discovered this under the radar gem only because I clearly nerd out on such things. Martin Sheen heads to Europe after his son (played by his real-life son, Emilio Estevez, who’s also the film’s director) is killed in a storm in Pyrenees Mountains. Sheen’s character arrives in Spain to pick up his son’s belongings which includes backpacking gear, and he learns his son was walking the “Camino de Santiago,” a cross-country Catholic pilgrimage route historically traveled for spiritual reasons, but it now hosts folks doing the walk for a wide variety of reasons. Sheen just went to pick up his son’s body and bring him home, but upon discovering what he was there for, he grabs the backpack and hits the trail himself with his son’s ashes in tow to make sure his boy reaches the finish line. This one is perfect for Anthony Bourdain fans who like a grub and grog element to their adventure stories to go along with great characters.

Wild – This came out on the big screen right in the middle of my read-and-watch-everything Pacific Crest Trail (PCT) related era, so it was well timed. Reese Witherspoon plays Cheryl Strayed, who wrote a book on her trek along the PCT. After getting crushed by just about every sucky thing life can throw at someone, she decides to medicate by hitting the PCT (the trail starts at the Mexican border and ends at the Canadian one) solo. Way out of her element, she struggles early with things like setting up a tent or firing up a stove, and later gets to deal with backcountry weirdos and other legit challenges, but she eventually hardens up and finds what she’s looking for. Wild did for the PCT what A River Runs Through It did for fly fishing, for better or worse.

The Edge – There was a time in my young manhood in which smuggling beers into the movies was a thing, and this was one of the films absorbed under those circumstances. It’s not a tough sell, because who doesn’t think post-floatplane-crash Anthony Hopkins and Alec Baldwin playing death chess with a bloodthirsty Kodiak grizzly is a recipe for awesome? Hopkins plays a well-read rich guy who’s married to Elle Macpherson (naturally) and has an appreciation for primitive survival methods. So, he’s actually quite handy in the sticks. Baldwin is kind of a tool, but he comes around and becomes a likable tool. It’s a modern survival tale that becomes one of those movies you can’t help but watch until the next commercial break whenever you run across it on basic cable.

Grizzly Man – Technically this is a documentary (directed and narrated by Werner Herzog), and a true story about a guy who decides it would be a great idea to quite literally live with bears in an area of Alaska known as the Grizzly Maze. It ends with predictable results, but at the same time, if you can get through this thing without “rewinding” several times to confirm you just heard what you just heard, or full-on cracking up multiple times, you’re a better man than me. 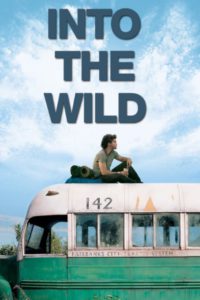 Into the Wild – A true story based on the excellent book of the same title by Jon Krakauer about a scenario we’ve all surely seen play out: dude graduates college, gives all his money to charity, destroys his credit cards and identification documents and heads the Alaskan wilderness to live in an old bus. He makes some interesting side trips along the way including South Dakota where he does some harvesting work before taking a non-permitted canoe trip down the Colorado River to Mexico, Slab City in Imperial Valley and ultimately, up to Alaska with his .22 rifle where he quickly becomes overwhelmed by his situation. Look, when it comes down to it, he was an idiot, but it’s hard to not like a story about someone who rejects conventional norms for the highway and wilderness.

127 Hours – James Franco plays Aron Ralston who hit Utah Canyonlands where he is exploring some slot canyons by himself. He slips and knocks a boulder loose and soon finds his hand pinned against the wall by the rock leaving him stuck in a hole in the desert. The film follows him from the point he gets stuck to when he gets out, and that time is spent attempting to free himself, hallucinating, regretting not telling anyone where he was going and thinking about better times. Anything else borders on spoilers, but let’s just say it explains his gnarly ultimate exit in great detail. 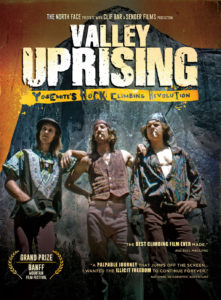 Valley Uprising – A decade-by-decade look at Yosemite climbing culture, which at times was a lot more shady than one might ever imagine. Rivalries, the race to be the first to do just about anything, the campground party scene, clashes with the National Park Service, dodging rangers and even mountain climbing on acid is all represented. Seems there really was never a point in time you’d want to mosey into “Camp 4” unless you had what it takes to hang – on and off the mountain – with the best in the world. It might be a good idea to watch this one before any of the other climbing movies, because it will give you a good “lay of the land” and you’ll be familiar with some recurring names.

Vertical Limit – There has to be something with cheese value, and I’ve always given this one the nod over Stallone’s Cliffhanger which is a little too cringe packed for comfort. After a laugh-inducing (albeit shocking) opening scene that I probably thought was intense when it came out in 2000, Chris O’Donnell finds himself at K2 base camp drumming up volunteers to head up the mountain to save his sister who is currently buried in a cave after an avalanche. He rounds up a team, clearly willing to sacrifice every last one of their lives in order to save that of his sister (who doesn’t even really like him), and the plan is to employ incredibly unstable weapons-grade nitroglycerine to blast her out of her icy tomb. Lost in all the queso is the awesomeness of Scott Glenn’s (trust me, you know him) character, Montgomery Wick, who’s kind of the mountain version of Quint in Jaws only, you know, Buddhist.

I’d be lying if I told you bouncing Wick lines off each other during every Eastern Sierra trip wasn’t held in very high regard by my brother and I.