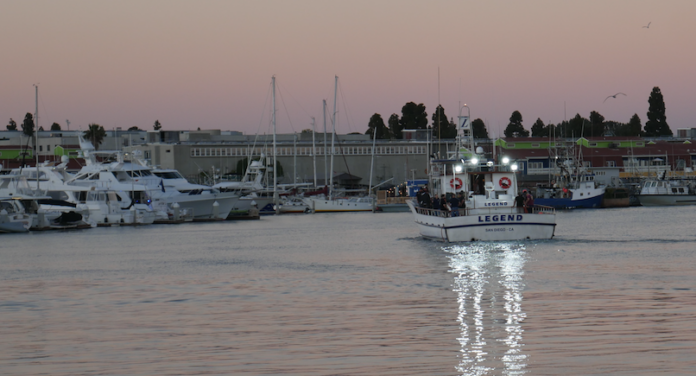 While no one has to agree on climate change, whether it’s dangerous or how much the anthropogenic increase in the percentage of CO2 in the air from 0.0003% to 0.0004 % has influenced it, the fact remains, in the past 10 years, we’ve seen the sea surface temperature of the Pacific Basin even out. Equatorial temperatures have held steady while warming waters filled northward. But within a few hundred miles of the coast, multi-season variability has stayed the same.

What this means, during the current La-niña shift, is our coastal waters upwelling has remained strong and brought up the chill and nutrient enrichment similar to La-niñas of decades past. Meanwhile, the waters in the North Pacific Basin to the west have been chronically a few degrees warmer than in past decades.

It has changed our weather, making for wet weather arriving earlier in the year and lingering later, while the dryness and extent of mid-winter Indian Summer has increased, resulting in a net drop in \ annual rain and snowfall.

With this change, we’re seeing a stronger tendency for dry season monsoonal flow from the south, providing some surprising summertime wet weather in the desert southwest.

You’d think all this shifting would raise havoc with computer based weather models — but it hasn’t. Instead these models have tended to spit out surprising results, results which more often than not turn out to be correct.

Connecting the physical properties of water, heat retention by various surfaces, jet stream dynamics and who-all knows what else as a result of machine learning coupled with abundant data resources, these weather models keep getting better and better each year.

Their ability to project forward out more than a week and for the high spatial resolution ones to forecast very localized effects 2 to 3 days forward is uncanny. The latest of these to be included in windy.com, my favorite online weather website, is the HRRR or High Resolution Rapid Refresh model.

Given decades of experience out on my local waters, it’s clear to me one could watch this weather model’s outputs in the same way one learns local effects on the water and learn the local scenario for just about any area that way.

This includes the timing of the advance of wind lines through the hours of the day, which islands and where the lee areas are in different weather conditions, some of which are quite surprising.

For example, the lee behind Santa Cruz island abruptly stops just below Gull Island. The lee behind San Miguel only breaks the sea, but actually accelerates the wind speed once west winds reach about 20 knots on the front side.

It blows 30 or 40 back there when west winds top 25 or so on the front. In the prevailing westerly conditions, the only actual lee on the whole island is a tiny 50- by 150-yard patch down-wind of Prince Island. But you wouldn’t know that unless you’d lived it.

Off Long Beach, a typical afternoon results in 18 knots of west wind through the harbors and out 10 miles, while it’s calm closer to Catalina. But when west winds rip down the outer waters, making anything west of that Island a maelstrom, those afternoon coastal breezes don’t materialize.

When they do, they’re over by about an hour after sunset, whenever that is. None of this you’d know unless you’d lived it, until now. The HRRR has it nailed.

Not only that, but there’s unexpected calm spots throughout the Bight. Far off Santa Rosa Island out on the northeast corner of the Santa Rosa Flats, waters stay calm despite winds all around, both tight to the island in the lee, west of the South Point line, south toward Nic. and east as well.

The HRRR finds that too. But not all the weather models windy.com now accesses and displays do. Each has its strengths and weaknesses.

Some include swell and wave predictions, some don’t. Both the ECMWF and GFS project out 10 full days and are global. They lack the high spatial resolution of the HRRR, the 2.5-day NAM or the 5-day ICON models. While the ICON is global, the NAM and HRRR only cover the continental U.S. and extend a couple hundred miles out to sea.

Of the two longer range, lower resolution models, the EC tends to be a bit more “model-esque” while the GFS tends to more quickly regress to the mean — meaning the average seasonal weather observed appears to have a stronger pull on the actual model results.

The EC has a wilder look, like the kid who follows her own drummer and the evidence versus generally keeping in step with crowd and watching others for clues as to what’s appropriate, right or wrong.

Thus, when the evidence is weak or confounded, the EC can predict what’s never happened before, like maybe 3 inches of rain coming to LA 10 days out, mid August.

But by 5 days out the EC is likely have it as right or more right than the GFS. In the end, the good weather watcher, looking for that right moment to head out on the water, flips through the full gamut of available models and options on the right of the screen, itching for the higher resolution models to come into range.

Merit McCrea is saltwater editor for Western Outdoor News. A veteran Southern California partyboat captain, he is a marine research scientist with the Dr. Milton Love Lab at the University of California at Santa Barbara’s Marine Science Institute. He serves on the Groundfish Advisory sub-Panel of the Pacific Fisheries Management Council, the Santa Barbara Harbor Commission, The Channel Islands National Marine Sanctuary Advisory Council and the CCA-Cal State Board. He can be reached at: merit@wonews.com.