BISHOP – Trout openers in Mono, Inyo and Alpine slated for April 25 have been delayed until at least May 31. This includes postponement of the Eastern Sierra general trout opener (Fishmas), but select year-round fisheries will remain open with new bag and possession limits, but those adjustments will also expire on May 31.

“After talking with the county representatives, we agreed this was a necessary step toward being responsive to local needs in this public health emergency,” said CDFW Director Bonham. “These counties asked for our help, and we responded.”

The director made this decision in consultation with California Fish and Game Commission President Eric Sklar with overwhelming support of the affected counties. The DFW had its finial meetings with county leadership earlier this week, and those leaders maintained their concern that the influx of visitors could increase local COVID-19 cases and overwhelm the local healthcare systems.

In a nutshell, it means all waters in those three counties currently not open to fishing will remain closed until May 31. Lakes, creeks and rivers currently open in Inyo and Mono counties will remain open with the following temporary alterations to the regulations:

In Inyo County, year-round fisheries will have a reduced bag limit of two trout and a possession limit of four. The exception is the Owens River from Pleasant Valley Dam downstream to the footbridge at the lower end of Pleasant Valley Campground (the “Wild Trout Section”) which has a zero bag limit and only artificial lures with barbless hooks may be used.

All openings of streams regulated under the Sierra District special regulations in the three counties scheduled for May 23 will also be delayed with no changes to limits. The delay expires May 31, 2020.

Those changes to the regs were also implemented based on coordination with local government in each county.

On April 15, the California Fish and Game Commission authorized CDFW to temporarily delay, suspend or restrict recreational fishing if the director of CDFW, in consultation with the president of the Commission, finds that such action is necessary to protect against the threat from COVID-19 based on state, federal, local, and tribal public health guidance and public safety needs. Even before the official decision was made, all non-essential businesses in these counties including lodging, dining and camping options were closed in compliance with state and local public health officers’ orders, making taking part in the Eastern Sierra trout opener, for example, incredibly difficult for travelers. Further, representatives from Crowley Lake Fish Camp announced the lake would not be open for fishing or camping back on April 2, eliminating the most popular opening weekend fishing area long before any decision was set in stone. 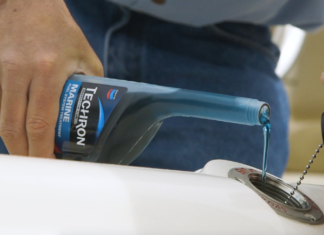 Paul Lebowitz - April 10, 2020
0
Whether it’s by government decree or a desire to pitch in and help end this crazy time in our nation’s history, people across the... 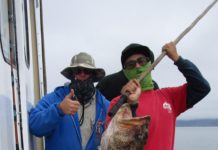 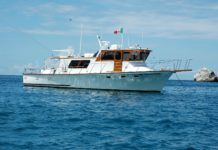 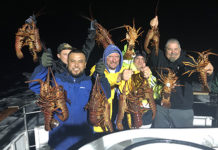 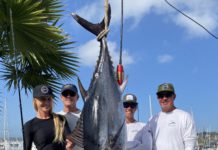