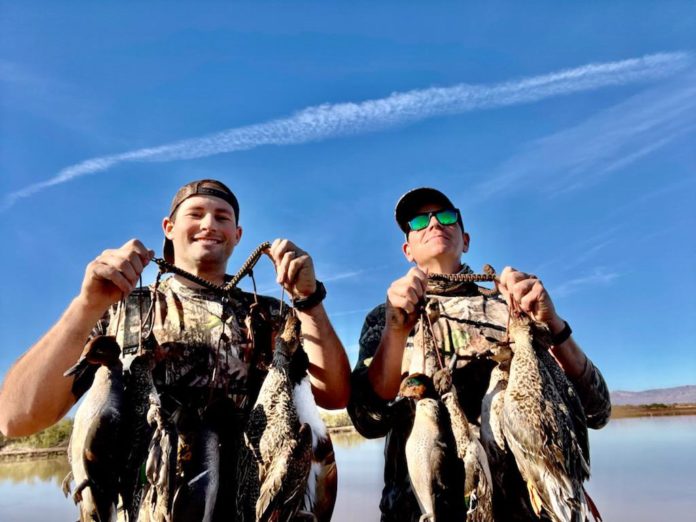 Whether you’re new to waterfowl hunting or a seasoned veteran, everyone has had “those hunts.” The hunts where you don’t see anything for hours on end. It’s discouraging and can often lead to self-doubt. Sometimes it can be pure bad luck. Sometimes we might be doing something wrong. Go back to the basics, make sure you’re setting yourself up for success. That starts with being in your blind at the right time and place.

The best time to hunt waterfowl is typically early morning. Normally the day of or the day after a cold front. You’ll want to arrive at your blind at least an hour before legal shooting light. This gives you time to set up decoys and make sure all your equipment is functioning properly.

There’s so much that goes into a successful waterfowl hunt. Our team at Gun Made helped me put together a guide to time your hunt and have a successful outing. Let’s take a look at the basics of getting you in the right place at the right time.

Time of the Year

The time of the year depends heavily on what state you live in and what waterfowl you’re going after exactly. Let’s break it down month by month and see what is the best month for you to get out in the blind.

Many states, especially northern ones, start their “early waterfowl season” sometime in September. Depending on the weather, it might be a little warm for a normal waterfowl hunt, but the advantage is that you get to hunt fairly unpressured birds. They’re going to be much more likely to come into your calls and decoys, and they’re going to be less spooked by minor movements that we’re all guilty of from time to time. If you’re new to waterfowl hunting, this is the time for you to cut your teeth. These birds are much more forgiving than late-season birds.

October brings most northern states regular waterfowl season. In any northern state, October through late November are the big show. The leaves are turning and starting to fall, the temperature is falling, and the ducks are moving.

Towards the end of the month, you will typically start seeing some waterfowl migrating south in the southern states. Some states’ seasons open, and some remain closed until November. If you’re lucky enough to be in a southern state that opens in October, I highly recommend taking full advantage of that opportunity. Much like September in northern states, now is the least pressured your birds will be.

November is my favorite month to waterfowl hunt and it’s the first month where most states are in season for ducks and geese. In the north, early November often has the best migration days as the temperatures begin to drop, but the sun tends to keep the ponds and lakes thawed out during the day.

In the south, late November begins the peak of the migration season.

Thankfully early December is often very similar to November, especially for the more southern states. Normally the ponds and lakes aren’t frozen(at least for long), and the ducks and geese are still moving heavily in most states. Assuming you can juggle your time in the blind with the holidays, it is a wonderful time for duck hunters.

January tends to be a last-ditch effort for most waterfowl hunters. Depending on the state, the movement can rank from good to almost nothing. January is one of the best times of year for many southern states like Arkansas, Texas, and Southern Mississippi. These states are not only a great place to hunt well into January but are some of the best states to hunt waterfowl in general. 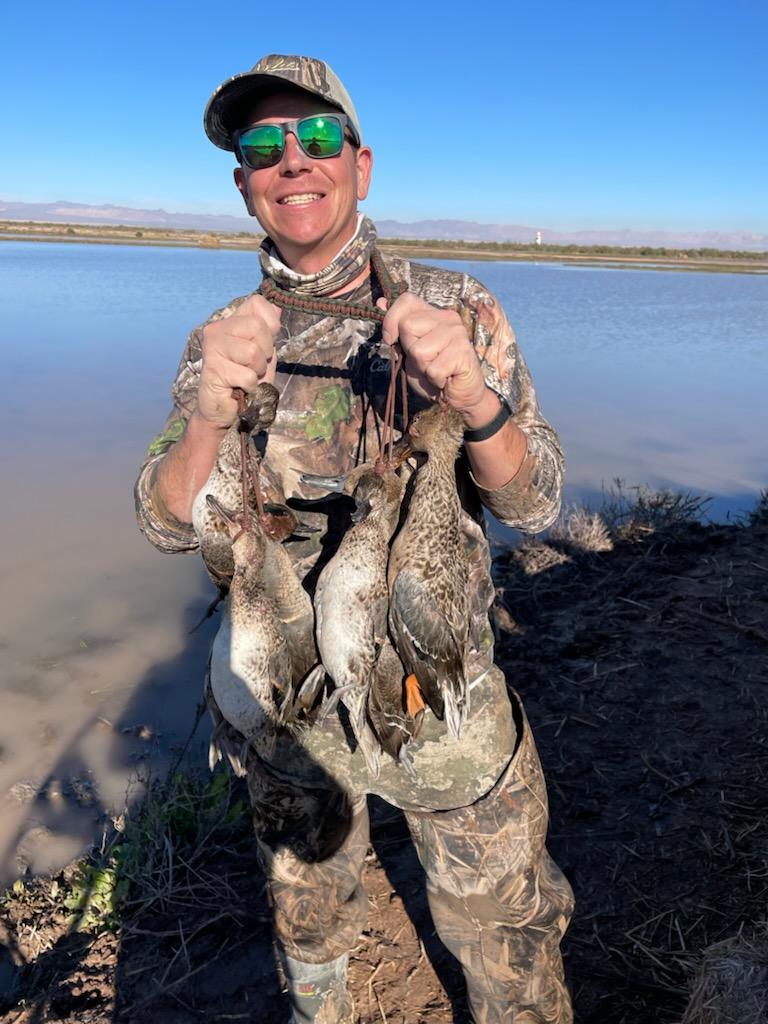 Time of the Day

Ducks and Geese start flying very early, and normally your best hunting times are within 3 hours of sunrise. I have hunted with many people who pack up their gear and are back in the truck 3 and a half hours after sunrise. This can be a solid strategy, especially if you have other commitments, or you are in the early season. However, when you have the time, I always suggest staying out as long as you can. It will pay off more times than not.

I’m considering midday as 3 hours after shooting light until 3 hours before the end of shooting light. Midday is a great time to hunt, especially later in the season when the ground is frozen in the mornings. Midday normally sees warmer temperatures and often a later feeding time for most waterfowl.

I’m considering the afternoon as the last 3 hours before the end of legal shooting light. Late in the day, typically the last hour before sunset, ducks and geese will leave their feeding zones and return back to their roosts. There is some controversy about roost hunting, but that’s not what I’m referring to. I’m talking about hitting them on their way back.

Especially later in the season, when ponds and lakes are frozen, the afternoon and evening can offer some of the warmest temperatures of the day. That means more landing zones and more opportunities to shoot. Don’t discount a good evening hunt late in the season; it can be a very productive time of the day.

While this article focuses on the time of day and year to hunt waterfowl, one thing to take into consideration is what kind of weather you’re having. Weather is just as important as time. If a cold front just came through, you can normally count on the birds to be flying well into midday during their migration time. If it’s unseasonably warm, the waterfowl will fly very early in the morning, if they do at all that day.

While there are many factors to consider when planning out a waterfowl hunt, time of day and time of year are huge factors. In many ways, duck and goose hunting is a completely different experience in October and December. In the early season when it’s warmer, it is absolutely vital to be out there early as it might be your only shot at a bird. Later in the season ducks and geese go from flying all day to flying later in the day, waiting on the ice to thaw. However, Ducks and Geese are wild animals, and can’t always be predicted. This means no strategy is always going to work. The best thing to do is to get in the blind as early as you can and stay as late as you can. This will pay off in the long run, and you will have more limit out days. 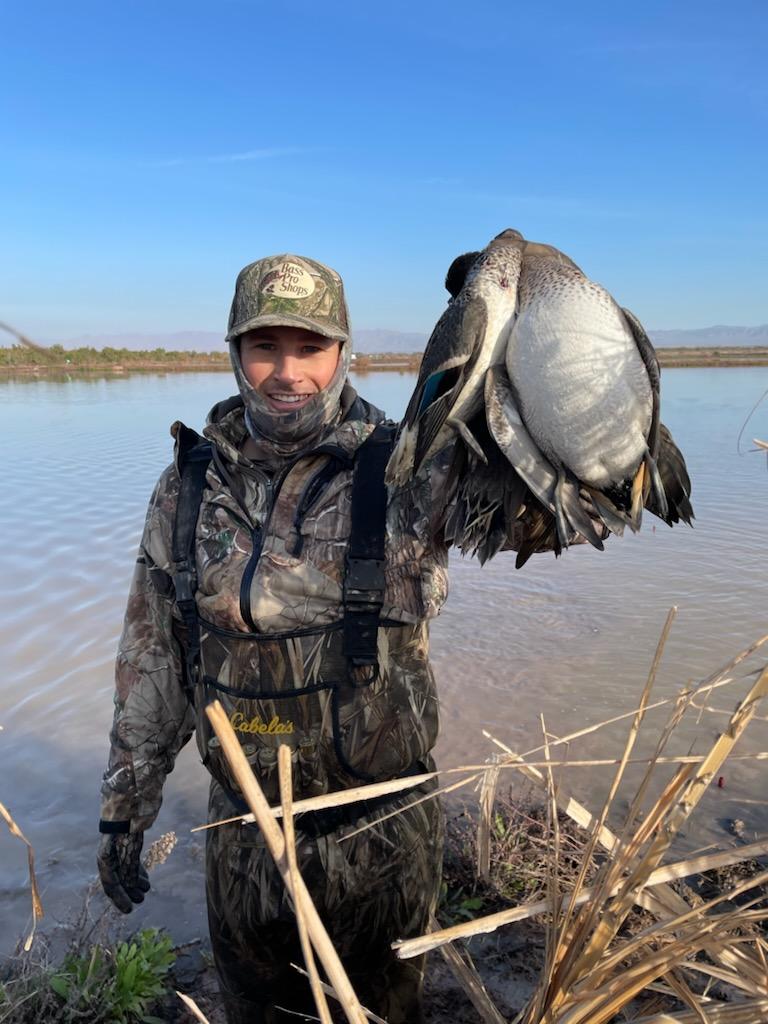