DONNER — Now’s the time to look for lunker Mackinaw lake trout in shallow water, before a thermocline develops in Sierra lakes, and that’s what happened for Matthew Galas of Grass Valley when he landed a 20-plus-pound Mackinaw while fishing with his family and Shaun’s Guide Service on Donner Lake May 15.

“Matthew, his brother Dominic and dad, Tim, were fishing with me at Donner Lake today,” said guide Shaun Rainsbarger after the catch. “We started early and lost a good bite, and then struggled for a while. I was confused, because I didn’t know about the earthquake in Tonopah, Nevada, at about 9 a.m. That always shuts the bite down.”

He said they then picked up a small Mackinaw, and at about 9 a.m., he was ready to switch tactics and go deep.

“I reeled in the rods, but left one still out because I saw a good fish on the fishfinder, so decided to let it stay for a minute,” he said. “Thirty seconds later, we started a 10-minute battle to get the 20-plus-pound Mackinaw into the boat. We netted it, weighed it in the net, let it breathe some more and took photos. Then, it took about 5 minutes to revive the beast, and it swam back to the bottom to recuperate.

“Releasing the 10-pound or bigger Mackinaw helps ensure that our kids and grandkids have a chance to catch one of these monsters,” Shaun said. 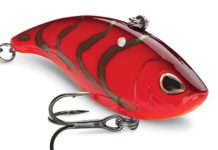 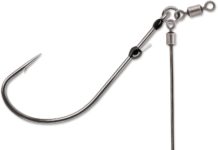 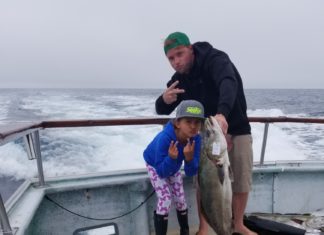 Cashing in on C.I. seabass

The right size and weight for a hunting rifle 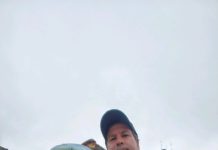 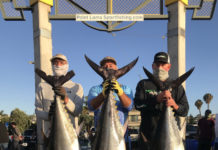 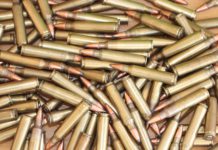 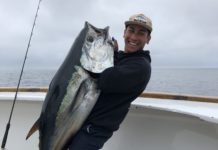