WEST WALKER RIVER — Not much action and even fewer reports. Canyon is ice bound and low flows and extreme ice make it less than desirable to fish until early spring.

EAST WALKER RIVER — Flows are down to a thin 20 cfs, but bigger fish are schooling in the deeper pools. Subsurface midge and mayfly patterns have been the most productive. Dead drifting streamers has also been working decently. Mornings have been extremely cold and snow could limit access, so check before going. New regulations permanently close this river to winter fishing after March 1.

HOT CREEK — Snow has restricted access. Anglers must park at the end of the pavement and snowshoe, ski or snowmobile into the creek. The BWOs are starting mid to late morning. The best dry fly action starts about 10:30 with BWO’s and runs as late as 2 p.m. Now is the time to start skating #8-16 stimulators to imitate the Craneflies and October Caddis. The Midge hatches midday in the slow water can be impressive.

UPPER OWENS, PLEASANT VALLEY RESERVOIR — Lots of snow and access is limited to snowmobiles for now. Hatches are still weak, with midges being the dominate bug. The water has cleared and some of the weeds and silt have also been cleared out, hopefully attracting the fall spawners into the river. Outside of the midges there is a scattering of small mayflies throughout the day. Remember, we’re getting into that time of year when more and more lake fish are moving in so don’t be afraid to throw some bigger midges (#12-16) and perch patterns. Few recent winter reports from Pleasant Valley. Fish are going deeper as temperatures cool, but a few nice fish are being caught near the boat ramp.

OWENS RIVER — Temperatures here are milder. Flows are down to winter levels, making for easier wading and being able to reach more areas. Mornings it’s midges, later in the morning is craneflies, caddis and BWO. Evenings are caddis and midges. 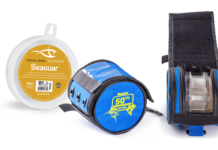 Freshwater Fishing Mike Stevens - February 23, 2021
0
In 2021, Seaguar, the world leader in fluorocarbon line and leader material, is marking the 50th-anniversary of its founding and the invention of fluorocarbon... 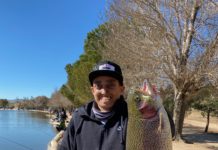 Freshwater Fishing Mike Stevens - February 16, 2021
0
BY MIKE STEVENS HESPERIA – The quality and quantity trout drums continue to beat at Hesperia Lake, and an off-season surprise made it’s way on... 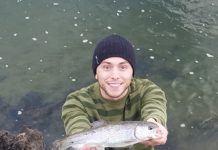 Freshwater Fishing Mike Stevens - February 9, 2021
0
BY MIKE STEVENS BISHOP – The Bishop Chamber of Commerce board of directors decided to postpone the annual Blake Jones Trout Derby that was originally... 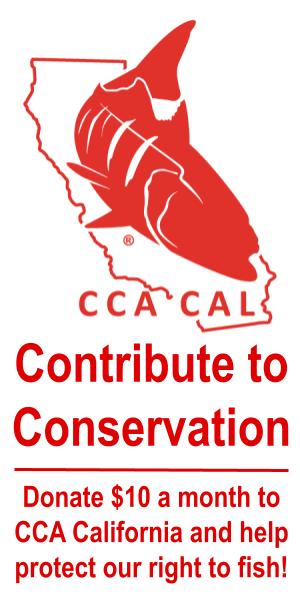