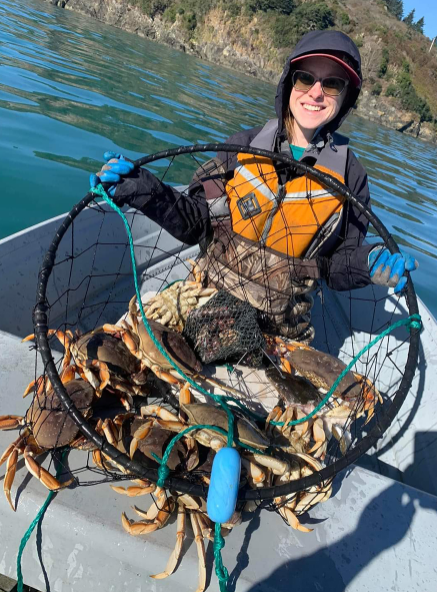 CRESCENT CITY — Sport crabbing was slowed by rougher ocean conditions over the holiday weekend. When conditions allowed, most of the boats were fishing south along South Beach. Boats fishing to the north were also reporting good crabbing. Limits of rockfish and lings are still coming easily. Rockfish season will go through December with no depth restrictions.

TRINIDAD — The best and most accessible crabbing has been in Trinidad. Small boats and kayakers launching from the beach have been scoring quick limits inside the harbor. When the ocean has allowed, boats have done well near the bell buoy in 200 to 300 feet of water. Just outside of Prisoner Rock has also been a top spot. The rockfish season will go through December with no depth restrictions.

EUREKA — Crabbing has been really good up and down the coast, and Eureka was no exception. That was until the ocean got rough on Friday. Boats are fishing both sides of the entrance and having success from 40 to 100 feet of water. The rockfish season will run through December with no depth restrictions. Ocean conditions look better beginning Tuesday.

SHELTER COVE — According to Jake Mitchell of Sea Hawk Sport Fishing, it was another great week of fishing and crabbing out of the Cove. “We boated limits of rockfish, ling and crabs every day last week,” said Mitchell. “We spent a few days up north at Gorda and the other right on the Old Man. The action has been good just about everywhere.”

FORT BRAGG — It’s the same here with limits of rockfish and Dungeness crab the story, even with the hoops, but the crab pot restriction has been lifted as of Monday at 9:00 a.m., creating conditions for even easier limits of crab as overnight soaks are now possible. There is no depth restriction for rockfish for the remainder of the season.

BODEGA BAY — It’s more of the same with limits of both Dungeness crab and rockfish and back at the docks by just after noon out of this port. Crabbing has been outstanding as Bodega is one of the best locations for the combination trips with the rockfish reefs not far from the crab grounds. A strong current at the mouth of Tomales Bay resulted in two separate rescues of kayakers off of Tomales Point over the weekend. Strong currents can easily overwhelm the small boats, resulting in an a sudden life or death situation.

GOLDEN GATE — Limits and limits remain the story with party boats heading to the Farallon Islands for limits of rockfish within a couple of drifts before pulling as many as 80 hoops for up to 25 limits of Dungeness crab. The recreational crab season is the only way to obtain fresh crab with the commercial season closed until at least mid-December. A few boats are venturing up the coast for rockfish limits with an occasional lingcod.

SAN FRANCISCO BAY — Few boats are fishing inside of the bay as the sturgeon have yet to materialize in San Pablo Bay, and the majority of the bay’s stripers are undersized. Leopard sharks are the top species. Dredging in San Rafael, Larkspur, and Loch Lomond along with big tides continues to mud up the bay. The live bait receiver in San Francisco is now closed until spring.

SANTA CRUZ — Rockfishing is best on the deeper reefs north of town. A few bluefin were caught at the Davenport Fingers area. Surfcasting for perch is picking up on all the beaches.

MOSS LANDING — Hoop-netting the canyon edges in 200 feet of water is getting limits of Dungeness crab for many anglers. Tuna hunting has slowed as conditions made the long trip to Davenport unfeasible.

MONTEREY — Rockfishing remains steady on the deeper reefs. Dungeness crab is on the menu for hoop-netters working 140- to 180-foot depths near the canyon edges. 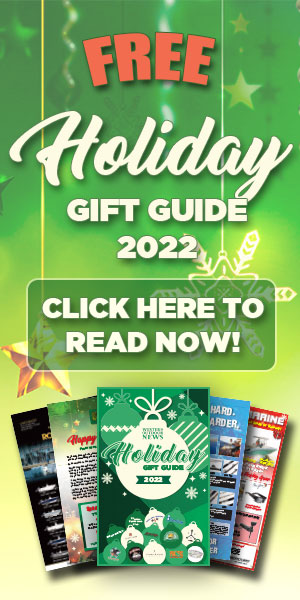 During 2021, in partnership with NOAA, the Gray FishTag research team deployed three Wildlife Computer MiniPSAT tags to track the migration and behavior of...

Memories of local and island fishing with friends from the past included using leadheads and live or dead squid. It is said that some...

Five AWESOME gift ideas for the outdoors fan in your life

BY BLAKE WARREN & BEN HERVEY-MURRAY For sportsmen and women, the list of things you need for your outdoor excursions can be, and often is,...

BY MERIT McCREA SAN DIEGO/OCEANSIDE — All eyes were offshore, eager to see how the bite would weather the first front of the season. In...