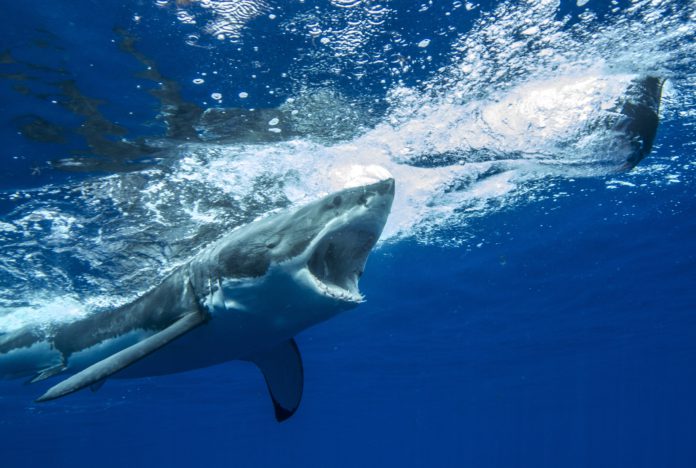 The Pacific boasts some of the world’s deadliest fish with an array of weaponry that any angler should be aware of ­– here are the top five most lethal critters you’re likely to encounter on your next trip.

Not an everyday West Coast catch, the horror-movie-ugly wolf eel is usually caught on lingcod or rockfish tactics and boasts one of the most formidable bites in the piscatorial world. Famously, they’ll make splinters from a broom handle in one bite and can crush a can of pop, even when their head is no longer attached to the body.

So, handling one when it hits the deck presents a real danger of losing a finger or chunk of flesh once those backward-facing layers of teeth clamp down on whatever gristle they can find. Wolf eels are pretty unique; they mate for life and are long-lived, so we’d encourage you not to kill or damage them if possible. Just take great care in returning with a very long set of pliers or dehooker over the rail so it goes straight home, and can’t chow down on your digits.

4 – Great white shark (Carcharodon carcharias)
Found: Up and down the California coast

Danger rating: 5/10
Potential injuries: Death and dismemberment in one bite

The West Coast is home to large numbers of the planet’s apex predator, but incidents are usually restricted to one or two encounters a year with anglers not on the menu. Surfers and free-diving spear fisherman are recent recipients of unwanted attention but these are rare and great whites are commonly filmed or witnessed in populated waters paying little attention to the humans nearby, plus it’s illegal to target them.

Despite the films, they are not actively engaged in hunting humans and pose little threat to the average angler. Thus, whilst they may be capable of tearing any of us in half with one shake of the head, they’re not high on the list of fish to be genuinely afraid of and aren’t interested in things with two legs, most of the time. You don’t need a bigger boat.

Despite being one of the prettiest marine critters around and a common sportboat catch, the California scorpionfish, known locally as sculpin, packs a spectacular array of venom- laden fin spikes that can ruin an unsuspecting angler’s week if stuck during the unhooking process. Likened to a rattlesnake bite, the venom is delivered via hollow spines in its fins and has been known to cause heart and blood pressure issues lasting for days, making this one to handle very carefully when it hits the deck or shore.

Think proper de-hooking devices, long-nosed pliers and heavy-duty, puncture-proof gloves. The good news is that the flesh is amazingly tasty and sought after by many in the know, so it’s often worth the hassle of getting it safely in the sack should the opportunity occur. Just don’t get spiked.

Ever seen the Alien films and winced at the creepy second set of jaws the xenomorphs are rocking? If so, we’ve got some bad news for you; moray eels have the exact same setup, they’re very real and they like biting meaty things like fingers. This is probably the one fish on the West Coast we’d be very keen to not touch at all because they’re strong, flexible and aggressive when out of the water, making them hard to handle.

De-hook with minimal interaction and be wary of their ability to twist back and around on anyone nearby. Be especially wary when fishing around rocks in the deeper harbors and jetty systems at night as they often live in these environments and will come out to find prey when the light goes.

We’ve had some interesting encounters with morays whilst fishing these areas – such as returning a fish in the shallows at night and feeling a giant moray trying to bite the hand that’s in the water holding the returnee. Stories of divers feeding morays and losing a chunk of flesh or a digit are not uncommon. Don’t let the prey be your fingers or feet.

The Pacific round stingray might be small, but the record for the largest number of stings in one day is held by an Orange County beach with 176 swimmers stung as they accidentally tread on the baby rays in the shore break. This hit rate equates to thousands of stings per year on the West Coast and, despite the Pacific round stingray’s unimpressive size, they pack a real punch and are actually born with a large stinger ready for action. If you’re stung, the best treatment involves an hour or two with the afflicted foot in a very hot bucket of water to kill the venom that’s now in your foot.

Obviously, prevention is better than cure, so adopting the slow, foot-dragging walk known as the Stingray Shuffle to give the rays time to get out of your way is highly advised. Most baby stingrays inhabit shallow sandy beaches so treat these areas with extreme caution in the summer, and the use of stingray-proof boots, although somewhat clunky, will give you a lot of protection if you’re wading in low visibility water. Unhooking is relatively easy with a pair of pliers holding the tail lobes to stop the stinger tagging your hand, and a quick flip upside down to aid access to the hook. They might not look much to be worried about, but with a huge number of victims every year and a painful day-ruining sting, they are undoubtedly the most dangerous fish on the West Coast. 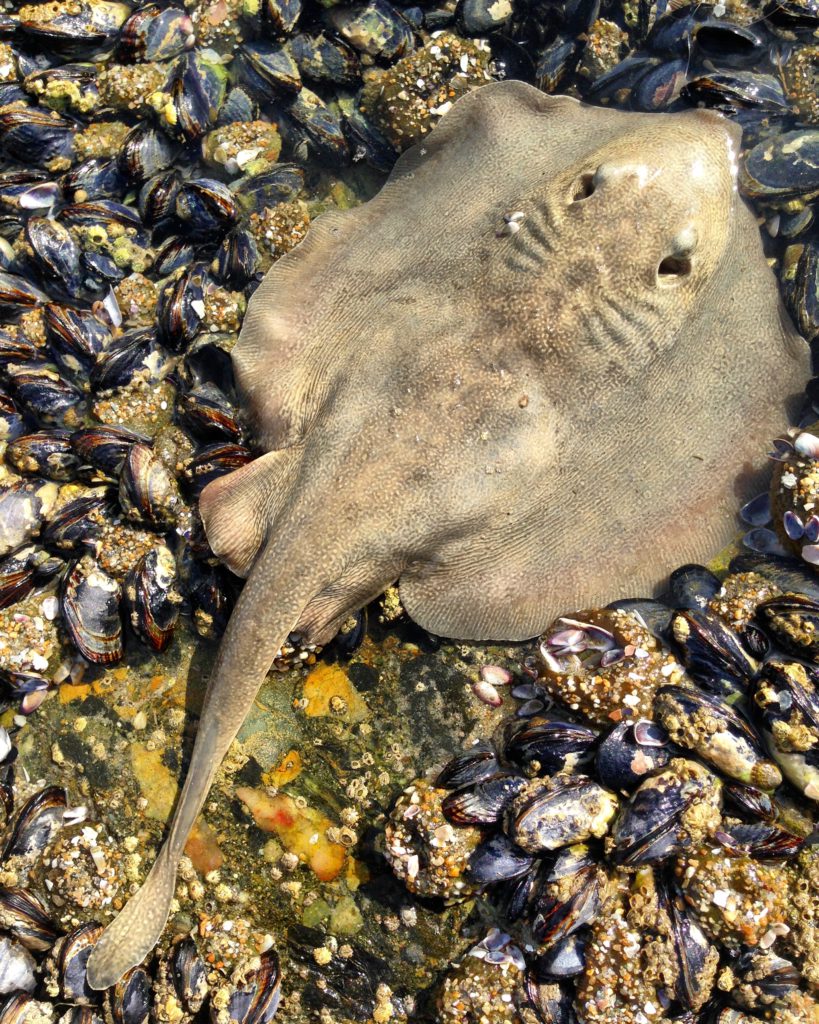