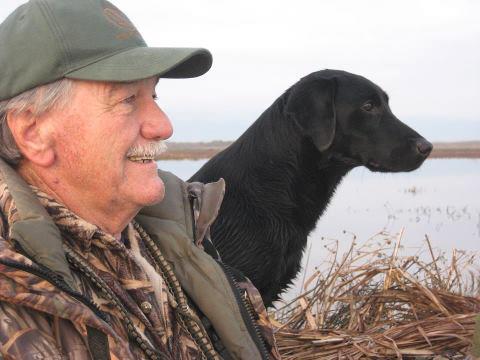 When your dog is sent to retrieve a fallen bird, the best performance is when he looks out, recalls the moment the bird was shot, locks in, then runs straight to the dead bird and makes the retrieve.

But sometimes the dog doesn’t come up with the bird quickly. Many factors come into play. Wind direction, terrain, and distractions are some of them. In these instances, the handler must take control and direct the dog to the bird with hand signals. Things can go smoothly, but sometimes it’s a battle. Handling on a mark is an art. Hopefully, the following analysis will help you hunt test competitors get called back to the next series. For my gun dog readers, there’s always something to be learned even if you never plan to enter your dog in competition.

When should I handle?

You need to have a good idea what your dog usually does when he miss-marks a bird. Observing his hunt patterns over time is how you get that information. After your dog makes the first two loops in his hunt, you should have a pretty good idea whether he is going to recover or not. If his hunt patterns are continually away from the fallen bird it’s doubtful he will recover and it’s time to handle. If his hunt continually gets closer to a different bird, be prepared to handle quickly. But, if your dog is questing closer and closer to the fallen bird, you can wait a bit before blowing the whistle.

What should my first cast be?

Your first cast should tell the dog what his marking mistake is.

The goal is to stop him with the whistle at the most advantageous spot to get him to the fallen bird on just one cast. Handle your dog when his loop is at the closest spot to the bird. For instance, if you have allowed your dog to get way too deep and wide, the first mistake to correct is depth. So, the first correction should be to whistle the dog in. Now when you have more control, you can give him an “over” to the bird.

What if I’m not sure of the bird’s location?

One of the biggest problems faced by amateur handlers is not noticing the exact spot where the bird fell. That’s the most common excuse I hear when a handler screws up while handling on a mark: “I didn’t know where the bird was.” You, as well as your dog, need to accurately know where each bird is. But, if you’re unsure, the first cast should get the dog to the general area where the bird fell. Then, the subsequent casts should keep the dog within that area. You do this by boxing him in with “over” and “back” casts and “come-in” whistles.

If you’ve mis-marked the bird and the dog isn’t finding it, move the “box” to a new adjacent area. Watch the dog’s body language so that you recognize when he winds the bird and you can stop handling. Once you begin handling, put the dog on the bird, do not allow him to hunt after a few handles.

What should I do if I think the dog doesn’t recall a mark?

If your dog delivers a bird and acts as if he’s ready to walk off line, then it’s your job to be aware of that, and get him lined up for what may now be a blind retrieve. Now, the dog may look out and recall the mark, but, if not, then send him on a blind and try to put him on the winding side of the bird. Hopefully, you will not have to handle at all. But, if the dog is on the non-winding side of the bird, don’t be foolish, handle quickly. If you get the bird on just one cast, you will likely be called back for the next series.

Know your dog’s (or dogs’) habits in the field: How does he show you that he’s insecure on a mark? How does he quest when looking for the bird? Does his hunt pattern differ when he’s confident or uncertain? In other words, what does his body language reveal?

You can learn a lot by watching other dogs, especially in competition. Also noticing the mistakes other handlers make when handling on a mark is instructive. The general study of dogs’ body language is worthwhile. Watching other handlers’ mistakes is also a big help.

Grady Istre’s articles generally appear every other week in WON and he can be reached at reibar.com.

We hope you enjoyed this article on our no-charge website wonews.com. Of course, this site contains only a small fraction of the stories that Western Outdoor Publications produces each week in its two northern and southern editions and its special supplements. You can subscribe to the print issue that is mailed weekly and includes the easy flip-page full-color digital issues, or you can purchase a digital only subscription. Click here to see the