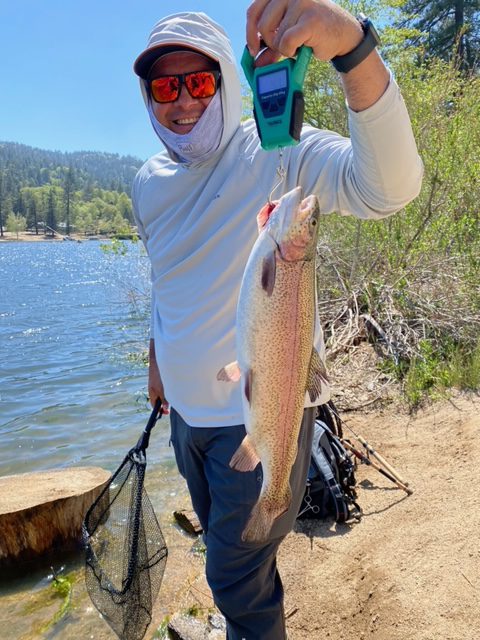 CRESTLINE – Fishing has been on the slow side for several weeks at Lake Gregory, but a recent stock gave the year-round trout fishery a shot in the arm meaning it will also stand as one of only a few spots Southern California anglers can target trout.

“It was slow until they stocked, after that it was multiple limits but we let them all go,” said Estevan McDonald of Golden State Fishing. “Fishing from shore and from a tube was good, and most fish being caught were on soft plastics and lures, I only saw a few people catching with bait.”

Among the Golden State Fishing group fishing Lake Gregory was Jesus Lizarraga of Chino Hills who stuck a 4.17-pound rainbow on a GSF Custom minijig. He was fishing near the boat dock, and that fish stood as his new personal best as well as the kicker to his limit of trout.

The only other fisheries to legitimately target trout in SoCal right now (along with Gregory) include Lake Cuyamaca, Silverwood Lake, Lake Isabella and the Kern River.