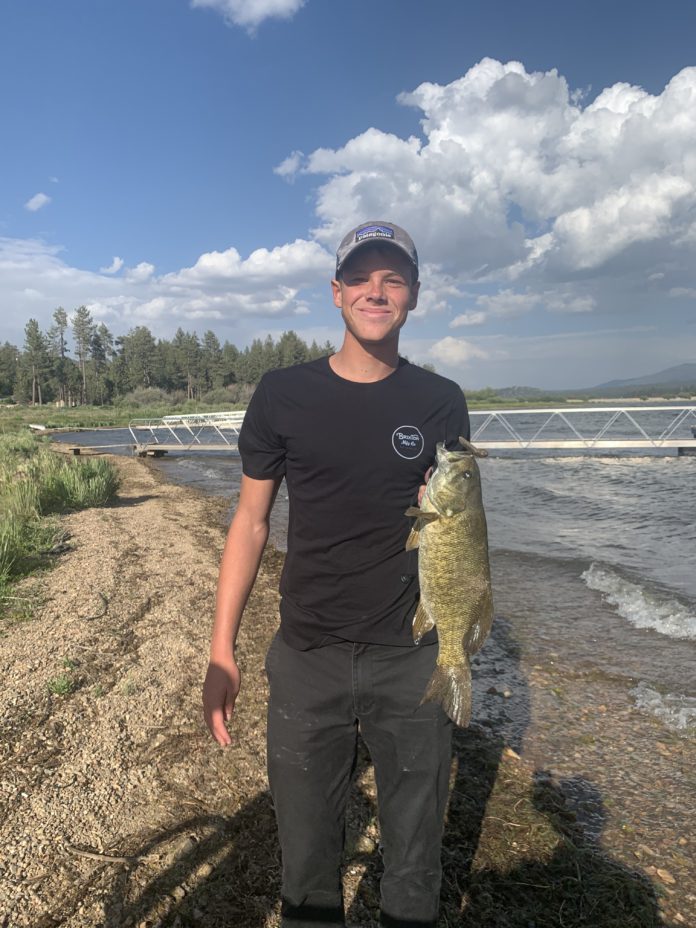 During these uncertain times with the COVID-19 pandemic and strict stay-at-home orders, teens are constantly looking for ways to stay safe and connect with their friends. Michael Nilsen, a senior from Santa Margarita Catholic High School, is one student with an idea that changed the playing field in his area. He and a group of friends decided to create a fishing club at school for students to engage with one another. Fishing became an activity he and his friends were able to enjoy while social distancing and be outdoors. Some of these students had parents who introduced them to fishing and others first started fishing with the club. The comradery of the fishing club gave them something to look forward to, and the club is a perfect way to share their common love of fishing.

The Fishing Club started out with a few members in 2020 but has grown to 130 new members who are eager to wet a line and share their passion of fishing with one another. The club has used Mission Viejo Lake in the past and wants to expand to Irvine Lake and Laguna Niguel Lake. The club believes it will only be a matter of time until they venture into the saltwater scene.

Since the loss of his good friend Will, Michael also wanted to include a service component to give back to the community. His focus wanted to be on mental health, which is a critical problem teenagers face today. While the fishing component has been great, it has also allowed members to open to one another about obstacles that many teens normally face by themselves. With a group of teens sharing time doing what they love, it is easier for those kids having problems to reach out for assurance from others that everything will be fine. Many members in the club were good friends with William Crafts, a Santa Margarita Catholic High School student who died by suicide last year. The We Will Foundation was started by Will’s family with the hope that it would create a space for people struggling with mental health issues. Michael plans to raise awareness of the organization and ask the fishing community to make a voluntary donation to the foundation.

With the creation of the SMCHS Fishing club, it gives members the opportunity to relate with others not only about fishing but also about their daily lives. Now they have others to talk with and share their thoughts and ideas, which not only passes on the passion of fishing but creates long-lasting friendships.