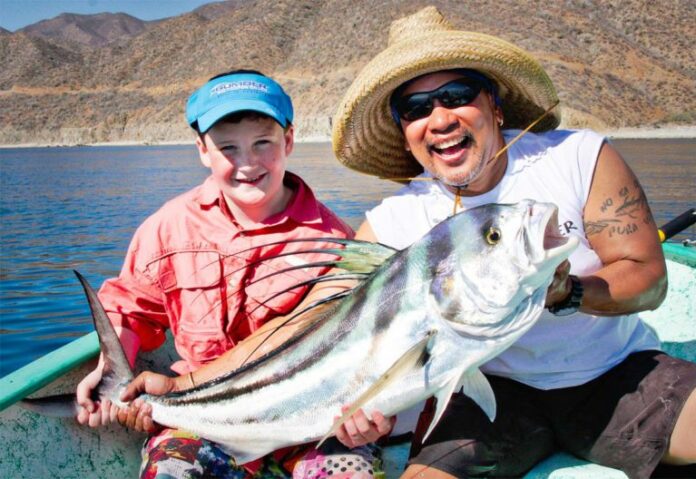 The longer I live here in Mexico, the more I realize that there are so many “nuances” to social etiquette that can only be garnered through experience. Sometimes, embarrassingly so!

It’s not enough to know a language, although that’s a great place to start. Lord knows after 30 years, I’m hardly fluent. By most standards, I’m hardly even passable. But, I get by.

I try to learn a new phrase or word every day. But, even then it’s not just what you say, but how you say it and the context in which something is used. Like in any country.

There are some things that I learned long ago that are just bad form. I hear Americans unwittingly say and do things that make me cringe. For instance, hearing someone ask a local, “Do you speak Mexican?” Ouch.

That’s right up there with walking around and committing one huge faux paux of telling folks, “I’m American.” As if that gives you some kind of extra cred. Or even worse, telling a local, “Well compared to how it is in Mexico, in the United States this is how WE do it…” Go ahead and be an arrogant bastard.

Here are a few other things I’ve learned about social etiquette over time. Admittedly, I’ve goofed on many of these until I got schooled. Where to start…

This is a very macho country on so many levels and it’s part of the very fabric and DNA. For instance, only men should propose toast at a table. Especially rude for a foreign woman to propose one. Try to figure this one out…

As a foreigner, you are expected to be on time. But, if you show up “on time” at a social event like dinner at a restaurant, you’ll be the only one there… maybe for a long time! It’s quite alright for locals to customarily arrive 30 to 60 minutes or more late. We see this in our own restaurant constantly. They’ll reserve a table for 8 at 6 p.m. Great. But, by the time everyone shows up, it’s 7:30!

In business, it can really be frustrating. “On time” for a meeting means your Mexican counterpart might show up unapologetically half-an-hour or more late. Expect it. On top of that, it’s considered rude to just “get down to business.” Business in Mexico is largely based on relationships. Resumes and pedigrees are fine, but locals deal with counterparts they like and trust.

Business… real business, is not done on the phone, text or e-mail. Even the smallest thing is best done personally. In many cases, it will ONLY be done person-to-person. So, expect small talk first. And it’s expected that you will ask and be asked about family, friends, etc.

By the way, get everything in writing. A “promise” culturally means nothing. It’s part of small talk. Unless committed to writing, it’s not serious.

If business or entertainment is done over a meal at an establishment, the invitee is expected to pick up the tab. No friendly arguing at the end. Not a bad idea to slip your credit card to the waiter at the beginning. Even if your Mexican associate drinks several cocktails, and you’re sipping your Diet Coke, the tabs is on you.

Conversely, if you are being invited and you are offered a beer, cocktail, or even coffee, it’s rude for you to turn it down. Or food. Accept and take a little or you’ll be seen as being “too good” to accept.

Along those lines, drinking in excess raises eyebrows. Especially, if it’s done by a woman. And it’s culturally acceptable if the person you invite to a meal, meeting or social event keeps canceling. Sometimes at the last minute. Or not show up at all. Maddening!

But, you’re expected to keep inviting them or they will assume you were never serious in the first place!

Interestingly, if you do invite folks, usually, they will say “yes” because it’s culturally acceptable and proper. And even if they say “yes” they might never intend to really show up. As an American, that sure feels rude! But, perfectly OK down here.

Here’s one I just learned… always keep your hands above the table. Pass dishes to the left. Don’t start eating until the host says, “Buen provecho.” And never ever cut your salad at the table. Fold it!

One thing to keep in the forefront is that many Mexicans are very status conscious. Despite what you may see and hear or seems obvious, Mexico has social classes. There’s an upstairs and a downstairs. Socially, there’s not much crossover. Sadly, actually. Upper class stays upper class. Middle and lower classes stay in their lanes as well.

Status is very important. Therefore, how you dress. What you drive. What hotel you are staying in. Your make up. Your jewelry. Your shoes.

Impressions are important. Yes, you ARE being watched and subtle judgements are being made about you. I never realized that until recently. Never dawned on me.

I’ve been here for three decades. My wife and I run several businesses here. However… I wear shorts every day. And usually a Hawaiian shirt or printed t-shirt. And I don’t even have a pair of shoes! Because of our work, I’m in flip-flops 24/7. I wear an old dive watch with a rubber/ plastic wristband. We drive a beat up 1992 Honda Civic! Sometimes, I even take the time to shave!

This is how I show up. I am what I am. Now I wonder how I’ve been perceived all of these years. Or not!

None of this is wrong, by any means. It’s just a different and wonderful culture that you need to adapt to. As in any country. It’s just how things are done.

However… I’m definitely going to start showing up late. And saying “yes” when I don’t intend to actually show up! When in Rome… or Mexico… do what the locals do!

Jonathan can be reached at his Tailhunter Sportfishing Fleet in La Paz at www.tailhunter.com