A brace of lobster weighing 29 pounds – including a California state record-shaking 15 pounder ­– highlighted the beginning of the 2022 SoCal spiny lobster season for one happy pair of bug hunters.

Trapped in a Promar hoop net by Allen Mattox and his twin brother Richard, the giant lobster falls just short of the California state record of 16 pounds, 1-ounce. “We went out for the opener using Promar hoop nets with fresh dead anchovies and sardines from the landing, and went to a few honey holes,” recalled Allen.

“We got a two and three pounder before dark and re-baited right before dark then started doing 45 minute soaks. We pulled the 15 pounder – weighed on a bathroom scale ­– right after dark and then a 14 pounder in a trap not more than 30 yards from the other one!”

“It seemed like the lobsters crawled from sunset to about two hours after dark. We ended the night with nine keepers, including a 15, 14, and a 7, all weighed on a bathroom scale. We stopped pulling traps around 8.30 p.m. because we had more than enough to go around.” 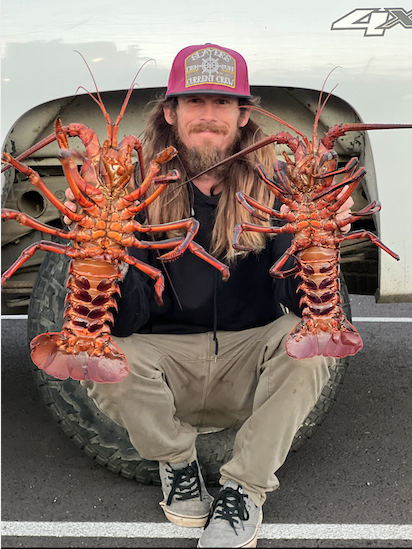 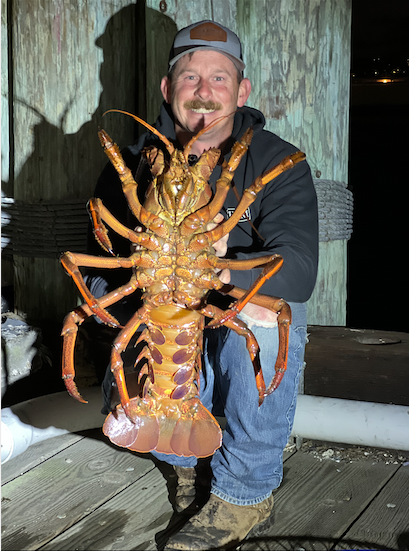