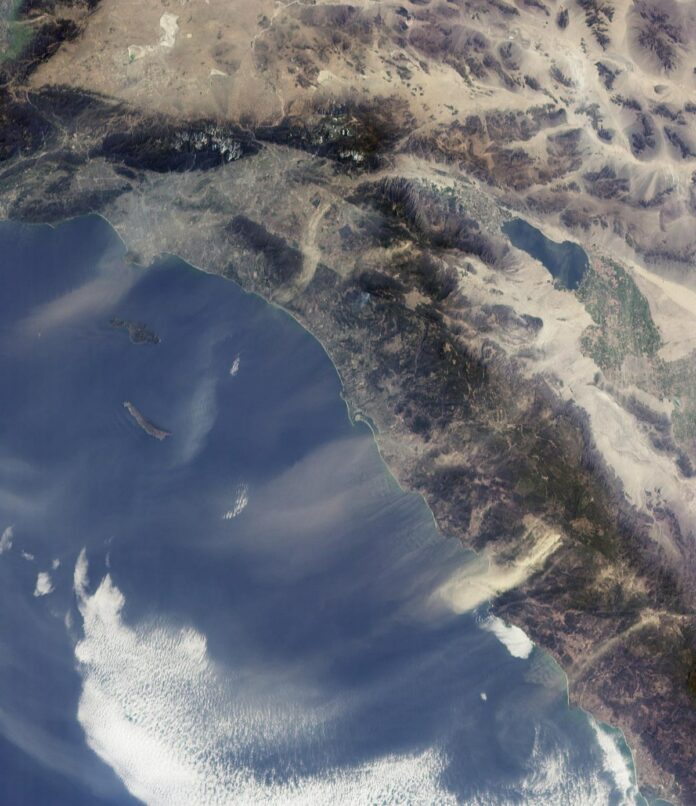 Mild northeast/Santa Ana offshore wind conditions provide some of the best fishing opportunities of the year. Now that we’re past the first storm fronts of the “wet” season, it’s the time of the year for these “Indian Summer” conditions. The typical window runs from mid-November to New Year’s, often resuming after a break-through storm or two. In recent seasons we’ve seen these conditions persist straight through to late March, and the setup this winter is very similar.

When Santa Ana winds are to come, the TV weather forecasters are very fond of making it sound like winds are likely to wreck everything and ashore and for certain waters, this can be quite true. But for the real forecast, it’s key to look to the actual geographic weather
models yourself.

The websites Windy and Ventusky are two great ones, offering access to see several forecast models each. These northeast winds follow specific patterns.

There are places more susceptible to high winds and others, many of which are our classic offshore rough water zones, which see their calmest  conditions. Santa Ana winds follow a predictable pattern by time-of-day too.

When it comes to weather phenomena, it’s hard to say “always,” the opportunity is very rare indeed. But Santa Ana winds are always strongest in the morning, and generally (usually) lay down in the afternoon.

Even in the very intense Santa Ana conditions, as with just this past Wednesday, this is true. While sundowner winds often precede classic Santa Anas by a day, they are not the same thing. Sundowners happen when strong, veering northwest winds are pulled ashore in the late afternoon and encounter California’s Coastal and Transverse Ranges, flowing over and around them.

Santa Ana’s geographic patterns are fairly consistent, and by watching the weather models through a few such events, you will notice specific areas which are prone to the highest winds and others which stay calm.

One of the most pronounced windy areas extending out to sea flows out of the Santa Clara and Simi valleys and often right over the Santa Monica range, blasting many miles out to sea over the eastern Santa Barbara Channel, and hooking just south of the Northern Channel Islands.

There’s a pattern of lesser east wind zones up and down the California coast. Yet, our prevailing northwesterly winds are pushed far offshore or shut down completely. This is what makes for great outer banks, North Coast, Big Sur and outer island opportunities — but not without some foresight and weather watching.

If you’re ever caught out in such a northeaster, with an uphill run into the teeth of it between you and home, your best bet is to continue downhill to a calm spot and wait it out, go catch a fish. Make your way home in the afternoon and evening after those east winds die down.

Wednesday was the date of our first absolutely smokin’ Santa Ana winds — the kind that topples empty big rigs on SoCal’s 215 and I-5 freeways. Yet, we enjoyed calm conditions fishing way west along the front side of Santa Rosa Island.

Nevertheless, the morning ride out featured quartering downhill in some nasty conditions to get there — but at least it was downhill. That afternoon (as I’m writing this actually) the run home was almost windless, and most of the sea had laid down.There was the typical mixed up bump with the oceanic west swell meeting the residual east chop, but not bad traveling.

Many times, such Santa Anas are fairly mild, and their primary effect is flat-calm seas out at often windy places like the Central Coast, San Miguel Island, San Nic and the Tanner and Cortes banks. The main thing is, when that TV weatherman starts talking windy weather, don’t automatically assume your fishing trip is out. Check an actual weather model and see what the scenario actually is.

While you may indeed be out of luck on a local trip from the Gold Coast harbors, an overnighter might be fine. If it’s a windy forecast for westerlies, however, no bueno for the outer islands, but it may be okay for local fishing.

You’ll find other harbors and areas which are largely out of the path of these jets of Santa Ana land-to-sea winds. You’ll see some of your favorite fishing areas off the path of winds. You’ll note the run out might be through the wind but down swell, and by the afternoon run home, the winds will have died.

Looking out to sea, Santa Ana winds are clear but brown. West winds are hazy but white. Calm winds are layer cake, white near the horizon, with a defined top and clear above. You can often see where they meet, and watch as the boundary between them moves east with the time of day.

When Santa Anas are especially strong, the desert air that comes with them will linger over the water, even after they’ve died. It will look brown, yet you’ll be able to see distant peaks poking above the horizon still.

Merit McCrea is saltwater editor for Western Outdoor News. A veteran Southern California partyboat captain, he is a marine research scientist with the Dr. Milton Love Lab at the University of California at Santa Barbara’s Marine Science Institute. He serves on the Groundfish Advisory sub-Panel of the Pacific Fisheries Management Council, the Santa Barbara Harbor Commission, The Channel Islands National Marine Sanctuary Advisory Council and the CCA-Cal State Board. He can be reached at: merit@wonews.com 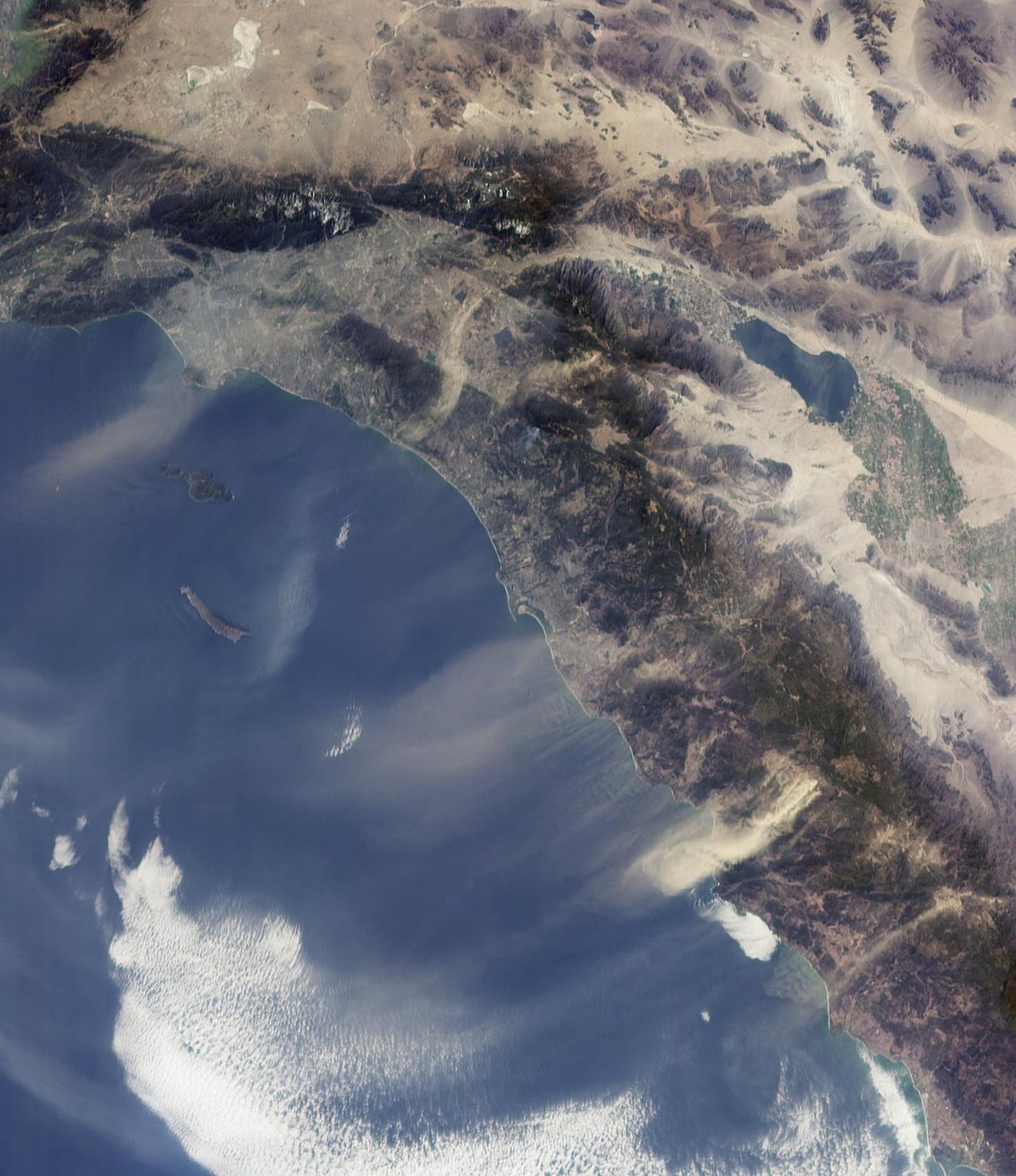