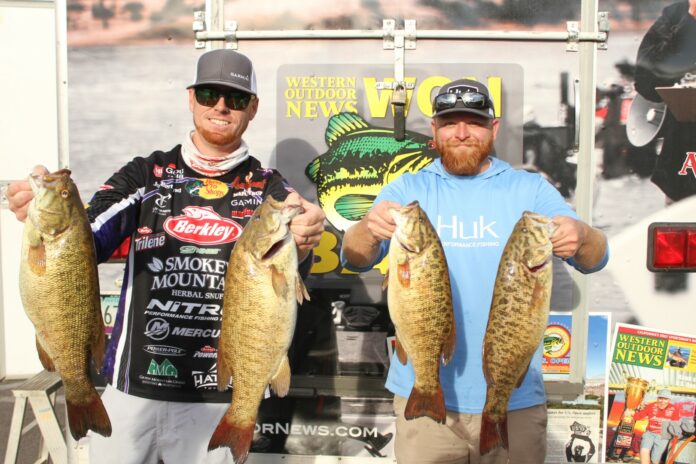 Laughlin, Nev. – October 10, 2022 – For the first time in its history, the Bass Cat / Mercury WON BASS U.S. Open presented by Laughlin Tourism Commission and Visit Laughlin is being held at a fishery other than Lake Mead as a result of historic record low water levels.  With those developments, the City of Laughlin, Nev. was at the ready to host the event and Lake Mohave stood as the new playing field for the 40thAnniversary of the most prestigious bass fishing event in the Western United States.

With the change in scenery, the possibility existed for heavier weights to be presented at the tournament scales at Katherine Landing.  At any desert fishery, the possibility for high winds and big waves are always a possibility, and rarely are slick conditions are the reality.  However, high skies, slight wind and slick water was what greeted the anglers on day one of the event.

But this field always features some of the best anglers in the west, and where there are bass, the field will show out.  That is precisely the outcome of the day’s competition.

Leading the pack on day one was Arizona Major League Fishing BPT pro Josh Bertrand who brought 23.45 pounds of smallmouth bass to the scales.  He and his day one AAA partner Kyle Keegan spent the day running through their areas and culled through a pair of limits to set the pace.

Bertrand declined to state what his exact pattern was, but said he feels comfortable with whatever the conditions present.  “I can fish fast if I need to or slow down depending on the conditions,” he said.  “My practice was good, but I wasn’t sure exactly what kind of weights to expect, so this is a really good start.”

Patrick Touey, who is fishing his first event on Mohave and his AAA partner Chuck Turner spent the day cycling through several areas looking for active fish and found enough smallmouth to bring 20.42 pounds to start the event in second place.  “I started practicing on the bank and didn’t like what I found, so I looked deeper and found some deeper grass to target,” he said.  “We’d pull up and find them there, catch a few and move on to the next spot; it was a good day.”

Sean Coffey and Fisher Griffith weighed in 18.97 pounds to put them in fourth place and Dylan Maxon and Dave Phillips posted 18.89 pounds to round out the top five. 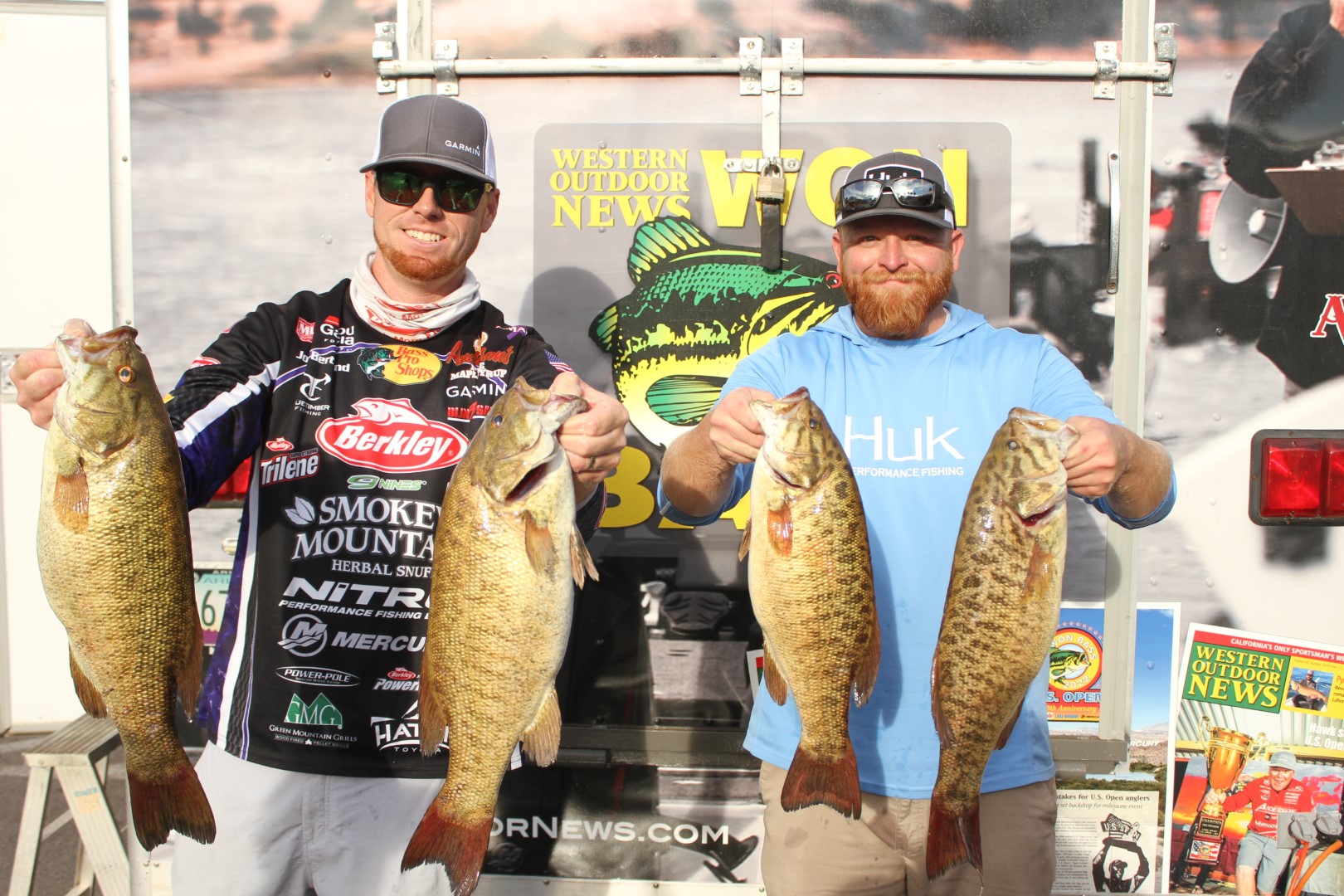 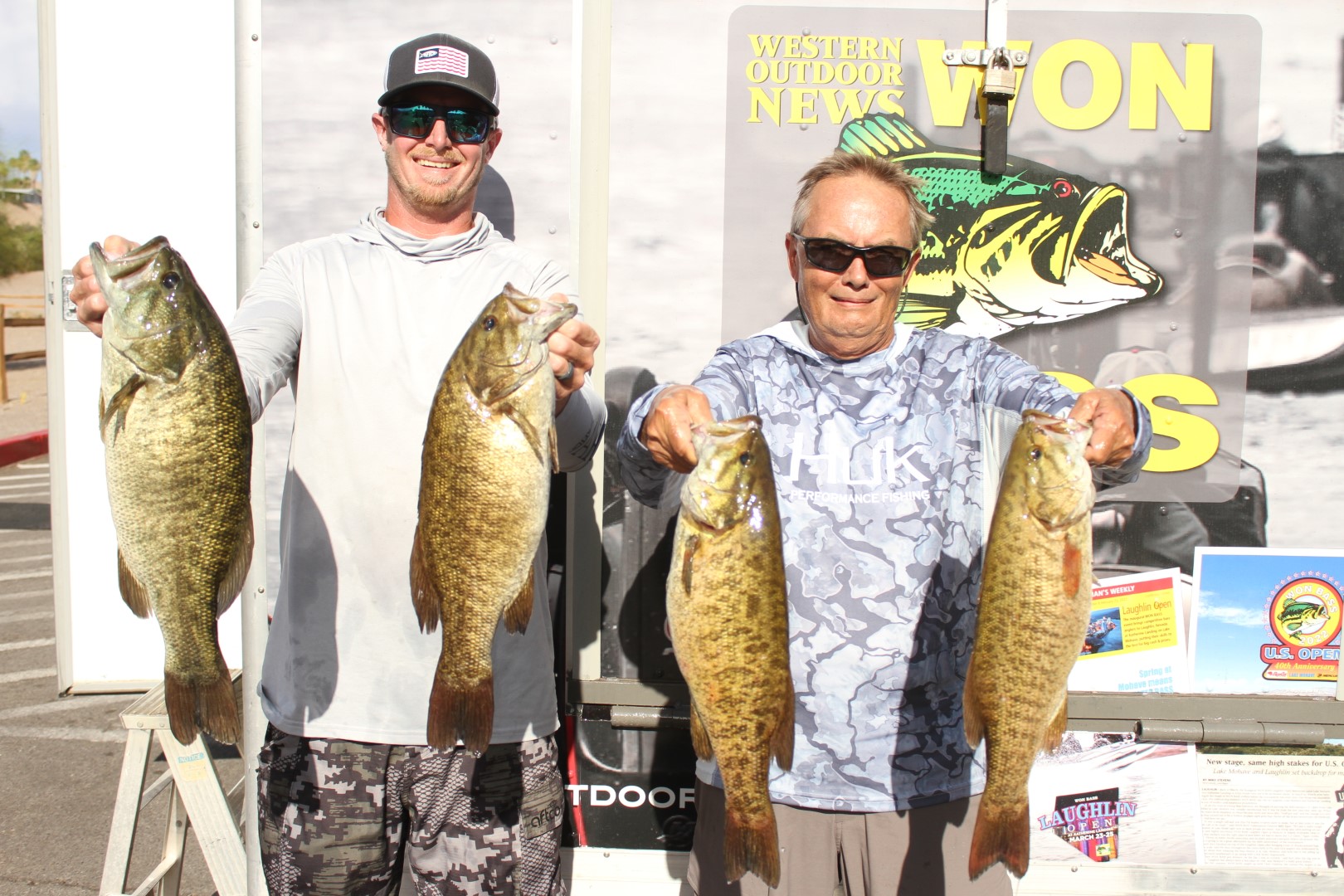