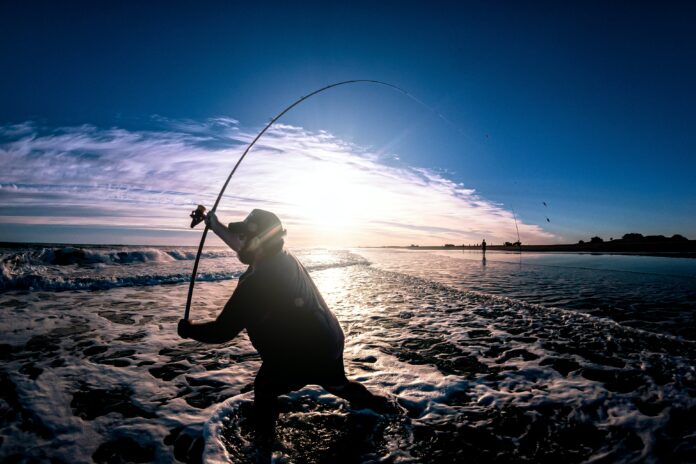 1. “Tides are caused by wind and waves moving water in and out”

Tides are complicated and confusing, no doubt about it. But you can’t get around the fact that the moon, earth and gravity are the things that makes tides work, something established by Sir Izaak Newton in 1687. It’s not exactly breaking news.

So, it’s always interesting to hear someone’s thoughts on what causes the regular high and low tides in California. The most wrong answer I’ve heard so far is that an increase in swell or wind pushes the water up the beach, causing the levels to rise and resulting in high tides. When the wind and swell calms down, the water retreats to “low tide”, apparently.

Whilst it’s true that swell and wind can cause oceanic water levels to rise and fall outside of the tidal cycle, this variation is minor and insignificant unless there’s a literal hurricane occurring. Thankfully, that’s a rarity on the West Coast and thus our tides are almost exclusively governed by the laws of nature identified by Newton, who didn’t have Google to tell him the correct answer in a millisecond.

“Let’s just switch that out to mono for you…” I remember saying diplomatically when presented with a double-crimp-on-braid-mainline connection used by nobody else ever in the history of fishing. I don’t know where my client saw or read about this, but I’m certain of one thing – this was not going to take the force of the cast, let alone handle a decent-size shark.

There seems to be a lot of confusion around the abrasion-resisting qualities of braid main line, likely caused by a few well-known bass pros promoting the use of straight-through braid whilst fishing in heavy cover on the basis that the braid will cut through vegetation and detritus easily. True, but put it up against anything hard and sharp – like a shark’s skin or a small metal crimp, for example – and it won’t last long. Mono is your friend when up against any sort of structure or rough skinned fish.

You know that knot your grandad showed you that he swore has never let anyone down in 86 years of fishing? It’s probably a clinch knot and it’s probably trash.

Unless you tie a really good improved clinch knot, you may as well wave goodbye to any decent fish you’re likely to hook as you examine the curly end to your leader where a hook or lure once existed. Just use a uni or palomar knot – both have a great basic strength and are hard to mess up.

Whereas the clinch is frequently tied badly and, whilst that might not matter when pops is just swinging on crappie and bluegill, put the same knot on a corbina or shark rig and you’ll soon be wondering what happened to your leader. Practice a reliable knot at home, please.

But first, what about a red ear sunfish? If fish don’t have ears, how did that happen? Joking aside, let me introduce something called the lateral line. Almost every fish species has one (it’s the horizontal raised or dark-colored line along the flanks of a fish) and they use this line of specially-adapted cells and nervous system to sense movement, vibration and pressure changes. You know, things like bank anglers tramping around, or someone line-dancing in an aluminum skiff.

The fish might not have ears, but they can sense movement and vibration better than we can, so that person who was hammering in pegs at a well-known trout lake recently and then wondering why the bite was slow 10 meters out, might want to re-think that procedure next time out.

To be clear; fish are highly-adept at sensing sound and vibration underwater and any foreign noises will be a warning sign for pressured fish, and a likely cause for concern with just about anything else living underwater. Stealth and subtlety matter.

Awesome! So when I hand you a rod attached to an angry shark heading for Japan you’ll know exactly what to do, right? Right…? To be fair, it’s pretty easy for someone in their first seasons of saltwater fishing to consider a sportboat-caught bonito or bass a big fish, and mix this in with a dose of bravado and all of a sudden you’re Captain Quint. Until it comes to game time and it becomes apparent that you don’t understand how to use a drag system, plus you have the arm muscle memory of a toddler.

Honesty is key here. A guide’s job is to meet you at your skill level and put you onto fish you can enjoy and handle. If you’re struggling to turn the handle on a big fish because it’s your first time out, that’s OK and a guide is there to help and assist in any way, but it might not be an optimal experience at the end of the day. So, just be honest when it comes to telling a guide what you’re able to do and not do – that way they can plan the trip accordingly.

Casting is another area where people frequently pitch themselves as an A-grade player whereas in reality they’re some way below that. Golfers practice on the range for a reason, and I highly recommend a similar field-based casting practice routine for anyone starting out. It makes a huge difference to catch-rates in almost any angling scenario involving casting.