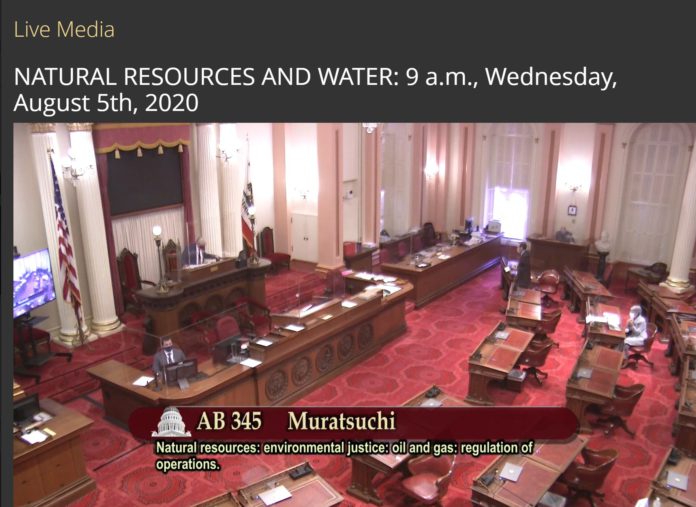 SACRAMENTO — The California Senate Natural Resources and Water Committee adjourned today without hearing Assembly Bill 3030. The committee is now scheduled to take the matter up on August 12, 2020.

The committee’s agenda included hearings on nine different bills during its three-hour session today, and it was unable to cover all of them. AB 3030 is set to be the second bill heard by the committee when it reconvenes next week.

“We thank everyone who set aside time in anticipation of calling in to oppose AB 3030,” said Wayne Kotow, Executive Director of the Coastal Conservation Association of California (CCA CAL), which is leading the sportfishing community’s charge in opposition to AB 3030.

“It has been delayed, but we cannot afford to let our guard down,” Kotow added. “We will need to muster our opposition forces once again next week when AB 3030 is scheduled to be heard by the committee.”

What started as an international environmental plan to restrict the use of 30 percent of all land and water is now being driven to the extreme here in California with an ocean focus on additional marine protected areas (MPAs) with AB 3030.

Aside from pushing for MPAs, AB3030 has several other problems including:

“It is important to remember that the sportfishing community is not against conservation, biodiversity, or clean ecosystems,” Kotow pointed out. “We agree that there is climate change that needs to be addressed along with issues of ocean acidification, and water and air pollution.  But we don’t see how this bill addresses those issues.”

To learn more about the threat of AB 3030 and ways you can help defeat this unnecessary legislation, visit www.ccacalifornia.org today.