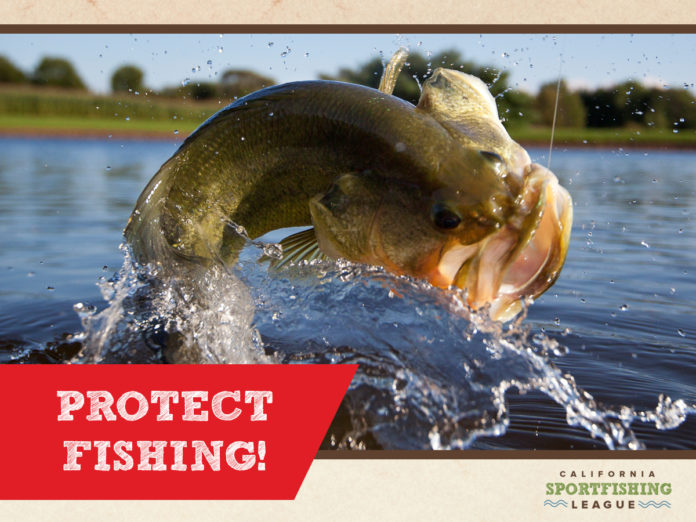 SACRAMENTO – The consequences of the COVID-19 pandemic have been very real for all Californians.  Like many businesses that have closed their doors, this pandemic proved too costly for the California Sportfishing League (CSL) to continue operations. This was a difficult decision, especially for an organization that took great pride in relentlessly pursuing its mission. Before signing off, I am compelled to reflect on the organization’s commencement and its accomplishments so that those who follow can benefit from our experience.

In 2014, CSL began out of necessity. Anglers who farm fish and manage fishing lakes were threatened by state regulations that would put them out of business.  At the time, there was no organization to turn to for support. This led to CSL’s formation and as the organization grew, so did its mission.

Initially, CSL’s posture was largely defensive in nature. We stopped politicians from banning pier fishing and certain fishing tackle and challenged legislation and regulations that threatened access to recreational fishing. These victories benefited some anglers but CSL’s focus soon shifted to a campaign that would benefit everyone who fishes, namely causing the state’s political leaders and agency bureaucrats to recognize the need to reform the state’s costly and failed fishing license program.

We realized early on that playing defense was costly and at times, unproductive. CSL shifted to an aggressive strategy to convince policymakers that the state stood to benefit from a strong and vibrant sportfishing industry. Afterall, sportfishing contributes billions of dollars to California’s economy and supports tens of thousands of jobs. Logically, we should all be on the same team, working together for the benefit of our State.

This renewed approach led to meaningful solutions and held politicians accountable by building a sizable grassroots organization mobilized through social media – and at times, generating thousands of emails to state representatives. We worked closely with angling organizations and built powerful groundbreaking relationships with politically powerful trade organizations that benefited directly from a strong and vibrant outdoor tourism industry. By working as a coalition, CSL’s political influence grew.

To better illustrate California’s licensing dilemma, CSL drafted the first in-depth analysis of why fishing participation in California had dropped to the lowest level in the country, per capita. The evidence was disturbing.  Fishing licenses that once cost once $5 in 1980 were inching to $50, 110% more than the national average. Surprisingly, California is the only state in the country that does not set license fees based on market conditions, but rather a formula that increased prices as if on auto-pilot. The study’s conclusion: many anglers won’t buy a pricey license that expires on December 31st, regardless of when purchased, and they weren’t interested in the less expensive short-term licenses. By Spring, as outdoor activity increases, license sales should increase as well, but they declined, and many anglers stopped fishing for good.

The solution was simple. Give anglers what they want –  a fishing license that is valid a full 365-days from the date of purchase. But from the very beginning, calls for licensing reform met political opposition. CSL sponsored legislation, only for it to be defeated, time and time again.

By 2017, after more than 70 state and national trade organizations representing anglers, boaters, small business, tourism, hotels/lodging and local government had called for reform, the California Department of Fish and Wildlife’s (CDFW) leadership agreed to convene a special meeting of stakeholders.  On that very day, CDFW committed to working with these boaters and anglers to chart a new course and reform was its mandate. Two years later, CDFW released its Statewide R3 Implementation Strategy. Drafted in partnership with anglers and hunters, the plan recommends best practices to increase hunting and fishing participation rates, including completely restructuring the state’s licensing program.  Among its recommendations was a 365-day fishing license, something CSL championed for years.

While the COVID-19 pandemic proved fatal for CSL, CDFW remains committed to a 365-day fishing license, as does the author of legislation CSL sponsored carried by Assemblymember Jim Wood (D-Santa Rosa).  And, as the R3 plan comes to fruition, CSL’s legacy will be clear –  new generation of anglers will be introduced to fishing, stimulating greater economic growth and jobs for the sportfishing industry for years to come.

Now, as CSL exits the political arena, I ask California anglers to join me in extending a special thanks to CSL’s board of directors;  David Dickerson, Craig Elliot, Ken Beer, Paul Cramer and Jeff Ingram. Their vision and support proved that anglers can influence the outcome of public policy and bring about meaningful change in Sacramento. And, of course, a heartfelt thank you to George Osborn, our pioneering government advocate whose extraordinary vigilance and presence in the Capitol made sure that CSL challenged every legislative and regulatory threat to fishing, and there were many.  And lastly, thank you to Western Outdoor News (WON) who amplified our voice by always publishing our content, and to our sponsors who financed this wonderful journey.  It was always a team effort.

As we say goodbye, thank you for the opportunity to share these final words. I hope California anglers recognize the need to carry on CSL’s mission. It is just time for someone else to carry the torch.