With dove opener on Sept. 1 just a matter of days away, Southern California hunters are fortunate to have five prime areas where the public hunting is generally good each season thanks to the efforts of the Department of Fish and Wildlife and volunteer organizations’ work funded by local hunters.

These five locations generally handle 7,000 to 15,000 hunters the opening day of hunting season with room for more. They all don’t offer limit shooting to everyone, but for the hunters who scout these areas and shoot well, the hunting is generally very good.

IMPERIAL COUNTY DOVE FIELDS: Each year Desert Wildlife Unlimited (DWU), using seed purchased by the DFW, plants from 15 to 18 fields in the Imperial Valley along Highway 111 north of Calipatria.

The effort is a cooperative effort with area farmers who donate the land and irrigation rights, DWU and the DFW to prepare these fields for public dove hunters. There is no drawing or limits on the number of hunters, and each year from 3,000 to 8,000 hunters enjoy the opportunity to utilize these fields. The grain is funding by your Upland Bird Stamp validation and donations made to DWU (www.desertwildlifeunlimited.org/) pay for farming, irrigation and harvesting.

The fields are often planted with wheat or other grains. Some fields have so much volunteer grain and seed, they only need to be watered and cut to attract a huge volume of doves. The grain is cut and scattered in strips or entire fields. The hunting can be exceptional, with hunters who shoot well filling limits in less than an hour opening morning, especially for hunters scouting the fields before opener. A map to these fields is posted each year on the DFW Upland Bird Hunting page (wildlife.ca. gov/Hunting/Upland-Game-Birds) under Maps, Publications. It is also on the DWU website. Since the fields are usually the same for each season, hunters can use last year’s map as a starting point for scouting and planning. The new maps are usually out the week before opener.

IMPERIAL WILDLIFE AREA: Like with the DWU dove fields, three to six fields on the Wister and Finney Ramer Units of the Imperial Wildlife Area are also planted with grain crops just for doves before the dove season, usually wheat.

The Finney-Ramer fields are also adjacent to Highway 111, but located south of Calipatria, while the Wister fields are usually right around the refuge headquarters adjacent to the Salton Sea at Davis Road, north of Calipatria, on the west side of Highway 111. Information on the location of these fields is available from the refuge headquarters. These fields often provide limit-style shooting on opening day and beyond. 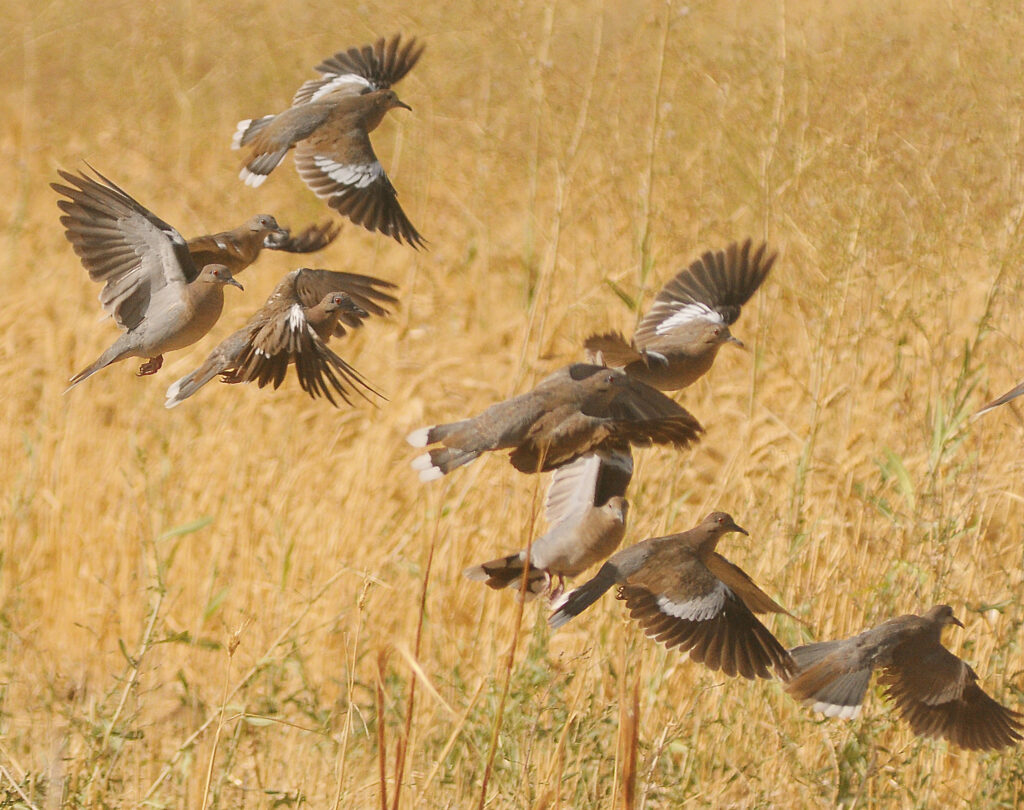 PALO VERDE ECOLOGICAL RESERVE: This Department of Fish and Wildlife property has expanded over the past several years, and the amount of planting for wildlife — dove and other species — has grown.

Located north of Interstate 10 at Blythe, historically only the extreme northern part of the Reserve off Second Avenue was planted in wheat and other grains. However in recent years, the fields off Sixth Avenue and Eighth Avenue have also been planted with wheat and provided exceptional shooting. This year, the planted fields are again off Second and Sixth Avenues and have already been mowed to start attracting doves, and birds have been massing on these fields again. Since the fields are adjacent to the Colorado River, the shooting here can be good most of the day as the birds move between feed and water. Limits on opening day have been common most years. Hunters can get a map of the reserve off the DFW’s from the Places to Visit page (wildlife. ca.gov/Lands/Places-to-Visit/ Palo-Verde-ER).

Grain crops are usually planted in three areas of the wildlife area and there is mowing for natural seed crops over most of the area. For opening day, the whole wildlife area is usually open to dove hunting, while after that opening weekend, the hunting is restricted to only the upland bird hunting area. You can get maps of the wildlife area that delineates the boundaries from the area headquarters off Davis Road. Hunting is usually fair to good, with most hunters who have done a little pre-scouting and homework shooting from five to eight birds and some pulling down full limits of 15. Top areas historically have been off Bridge Street, west of Davis Road along the historic San Jacinto River channel in the grain strips planted there, west of Davis Road by Ponds 1-4 and along the river channel, north of the E-Ponds, and at the “olive trees” where Davis Road ends at the old horse ranch.

CAMP CADY WILDLIFE AREA: Located east of Barstow just south of Interstate 15 at Harvard Road, the Camp Cady Wildlife Area mostly gets hunted by High Desert locals. As with the other DFW-owned sites, this area is planted with grain crops most years – usually wheat, milo, and millet.

It is mostly run by volunteers from Quail Forever. There are two main areas in grain this year. The first is the large field right on the west side of Harvard Road and the Mojave River wash. It is a large sudan field. There are three smaller fields just behind the area headquarters east of Harvard Road. The area has far less bird volume than the other desert areas to the south, but hunters who scout the area in advance usually are able to bag from six to 12 dove opening day, and there are always a few limits posted. WON will have a last-minute forecast for these and other areas across Southern California the week before the opener. 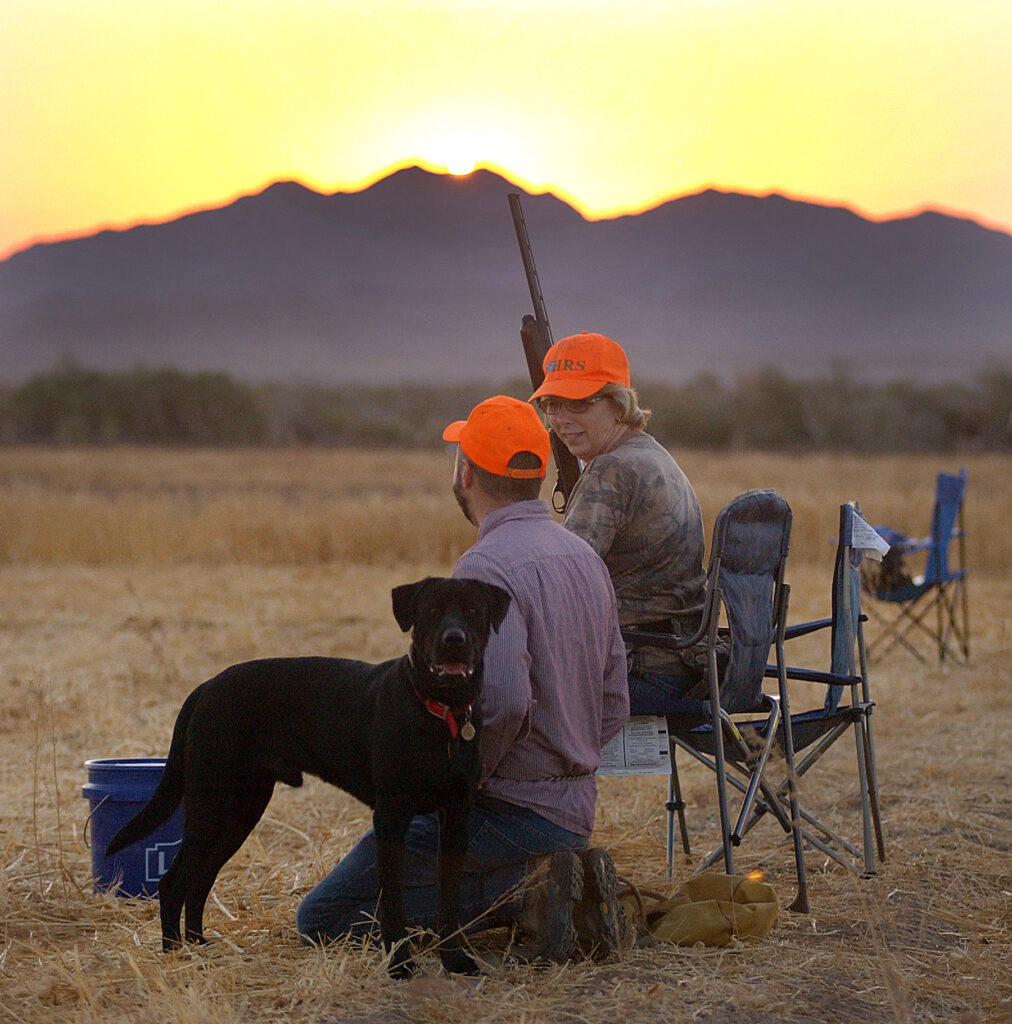