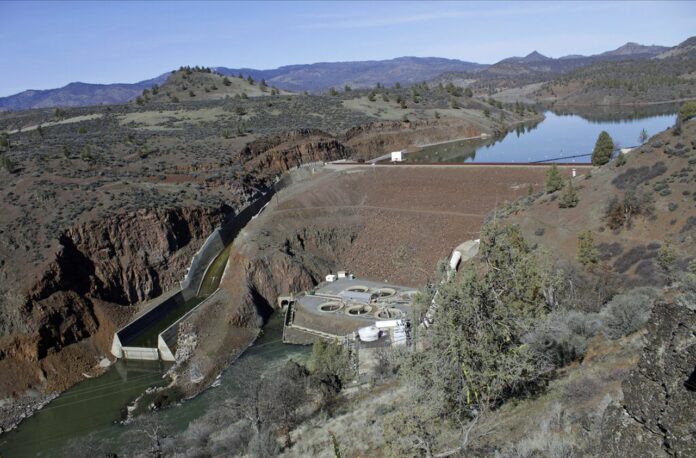 PORTLAND, Ore. — U.S. regulators have approved a plan to demolish four dams on a California river and open up hundreds of miles of salmon habitat that would be the largest dam removal and river restoration project in the world when it goes forward.

The Federal Energy Regulatory Commission’s unanimous vote on the lower Klamath River dams is the last major regulatory hurdle and the biggest milestone for a $500-million demolition proposal championed by Native American tribes and environmentalists for years. The project would return the lower half of California’s second-largest river to a free-flowing state for the first time in more than a century.

Native tribes that rely on the Klamath River and its salmon for their way of life have been a driving force behind bringing the dams down in a wild and remote area that spans the California and Oregon border. Barring any unforeseen complications, Oregon, California and the entity formed to oversee the project will accept the license transfer and could begin dam removal as early as this summer, proponents said.

“The Klamath salmon are coming home,” Yurok Chairman Joseph James said after the vote. “The people have earned this victory and with it, we carry on our sacred duty to the fish that have sustained our people since the beginning of time.”

The dams produce less than 2% of PacifiCorp’s power generation — enough to power about 70,000 homes — when they are running at full capacity, said Bob Gravely, spokesperson for the utility. But they often run at a far lower capacity because of low water in the river and other issues, and the agreement that paved the way for Thursday’s vote was ultimately a business decision, he said.

PacifiCorp would have had to invest hundreds of millions of dollars in fish ladders, fish screens and other conservation upgrades under environmental regulations that were not in place when the aging dams were first built. But with the deal approved Thursday, the utility’s cost is capped at $200 million, with another $250 million from a California voter-approved water bond.

“We’re closing coal plants and building wind farms and it all just has to add up in the end. It’s not a one-to-one,” he said of the coming dam demolition. “You can make up that power by the way you operate the rest of your facilities or having energy efficiency savings so your customers are using less.”