During 2021, in partnership with NOAA, the Gray FishTag research team deployed three Wildlife Computer MiniPSAT tags to track the migration and behavior of this well sought-after species, the swordfish.

The first tag was deployed with Captain Nick Stanczyk aboard the Broad Minded offshore Islamorada, Florida on Feb. 9, 2021, and the tag released about 69 nautical miles off Fernandina Beach, Florida. This tag released on Sept. 10, 2021. The 53-inch, 65-pound fish was at large for 213 days. 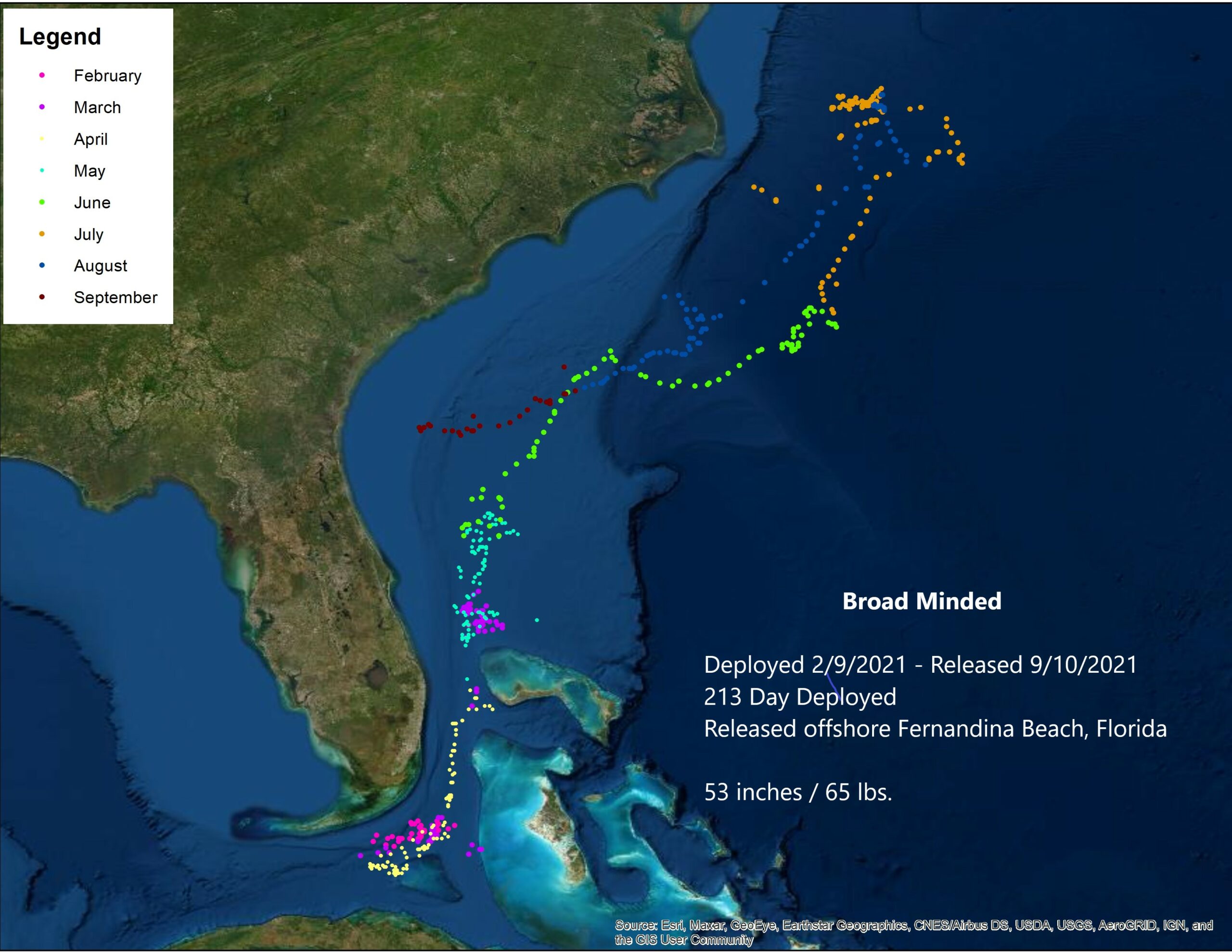 The second tag was deployed with Captain Chris Koulouvaris on May 1, 2021, during our GFR SwordQuest event offshore Fort Lauderdale, Florida and the tag released 38 nautical miles offshore Grand Cayman Islands. This tag released on Dec. 29, 2021. The 80-inch, 240-pound fish was at large for 242 days. 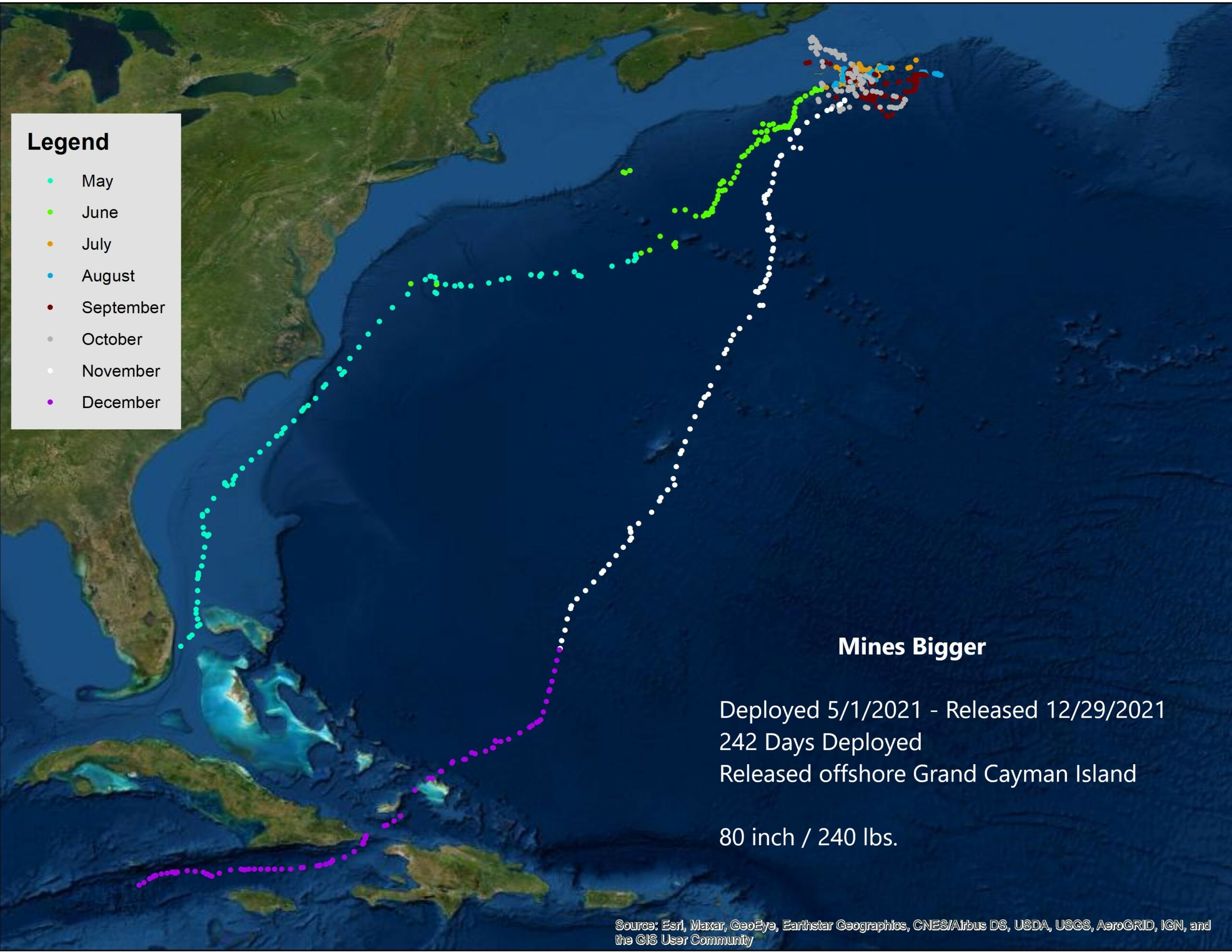 The third tag was deployed on May 1, 2021, during our GFR SwordQuest event with Captain Bouncer Smith and Baron Libasci offshore Fort Lauderdale, Florida and the tag released offshore Novia Scotia. This tag released on November 3, 2021. The 72-inch, 120-pound fish was at large for 180 days. 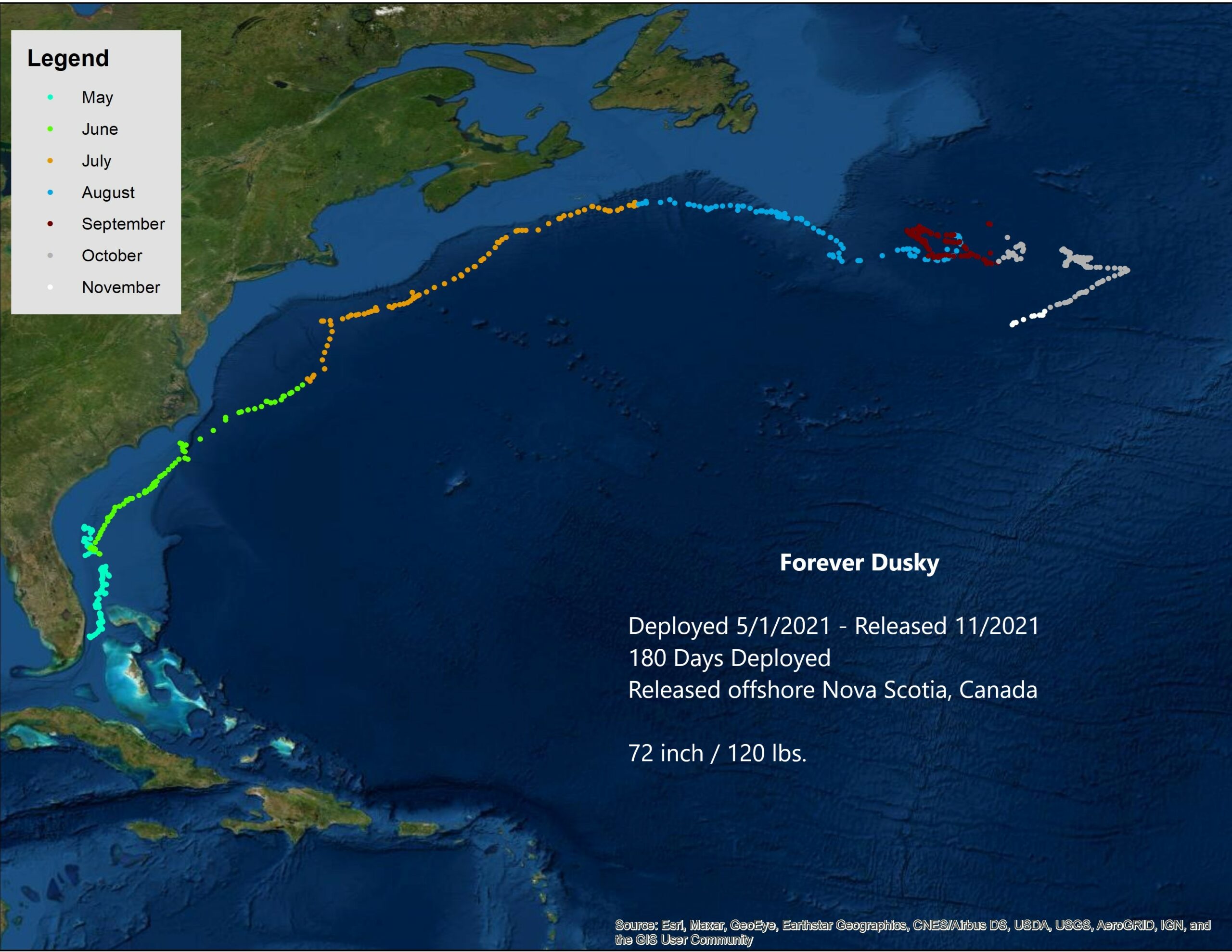 A few interesting things observed on the tags deployed: