LISTEN to Robby Gant from AFTCO discuss the Ike Jime Process on Ep. 62 of the WON Podcast:
[buzzsprout episode=’10603387′ player=’true’]

AFTCO is proud to release the Circuit Breaker Wire needed to perform the process known as Ike Jime. Utilizing these tools, the angler can bring a biochemically-superior seafood product to the dinner table in 5 simple steps.

The wire is available in 4 sizes for fish of all sizes and features surgical-grade wire that is memory resistant and won’t bend or kink after repeated use. They are also lightweight and portable, so having the wire will always be convenient.

What is Ike Jime?

The finest quality seafood is often associated with sashimi, sushi, and other Japanese raw fish preparations. Ike Jime is a traditional Japanese slaughter technique that involves instantaneously euthanizing a fish by inserting a spike into its brain cavity. The fish is then thoroughly bled and undergoes spinal cord destruction (Shinkei Jime) before getting iced down.

Why is Ike Jime important?

Ike Jime produces a biochemically superior grade seafood product as the process helps to eliminate stress and the natural consequences of death. When a fish experiences stress, its brain goes to work by flooding the muscles with lactic acid, cortisol, and adrenaline. Core body temperature also rises. The combination of hormones and elevated temperature turns muscle tissue into mush and negatively impacts the taste. When performed correctly, Ike Jime prevents this from occurring.

Spike the fish in the brain to euthanize it before it experiences full suffocation. This prevents the brain from sending signals to the rest of the body, excreting cortisol and adrenaline. Both hormones have detrimental effects on the quality of the meat. The sooner a fish can be spiked, the better its meat will be. Since every fish is different and the location of their brain differs, there is no perfect way to find the brain. Between the eye and the gill, there is a bone structure shaped like the gill called a pre-operculum. Where the pre-operculum and lateral line meet is a good indication of where the brain is on most fish. When you spike a fish correctly, its mouth will open, the body will do a quick flail, and the fins will flair. This is a good indication that the spike got the brain, and the fish is dead. 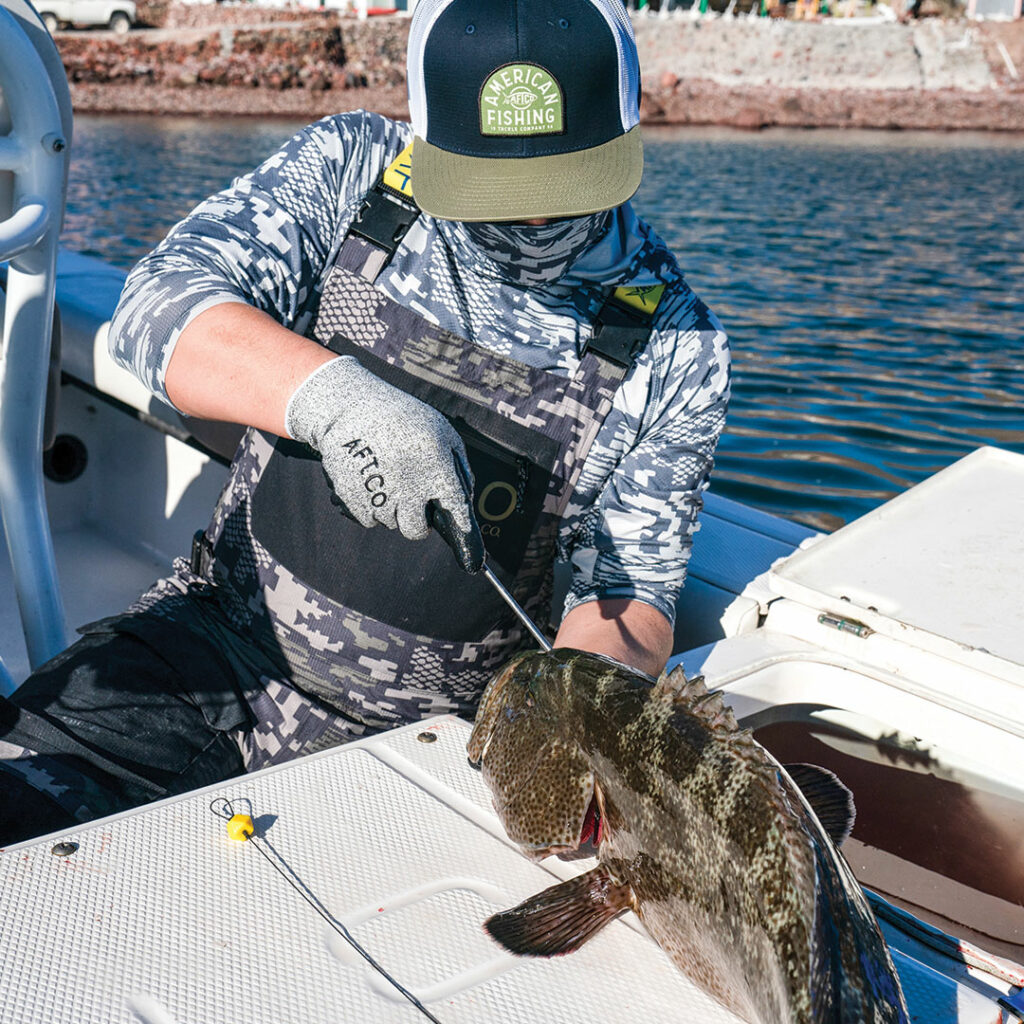 Blood is one factor that can lead to fish quickly spoiling. Bleeding limits the bacterial load within the fish. Blood is very rich and can increase the proliferation of bacteria. This process helps extends the shelf life.

The best tool for the job is a sharp knife or pair of scissors. To bleed the fish, cut the membrane behind the gills on both sides. A third cut can be made at the base of the tail fin just barely exposing the large blood vessel located under the spine, or you can make a full cut exposing the whole spine.

Use a hose to help flush out the blood. Blood coagulates quickly, and the pressure of the hose water will stop the blood from clotting and allow it to escape the carcass. Keep the water flowing until it is clear of blood. If you don’t have a hose, a 5-gallon bucket works great as well. Fill the bucket with water and place the fish headfirst into the bucket. While holding the tail, shake the fish. After a minute or two, change the water out and place the fish back into the bucket headfirst. Continue doing this until you are left with clear water.

Many anglers are already well-versed in spiking and bleeding their catch. Performed correctly, these two defensive steps make for a better product in the kitchen. The next step, called Shinkei Jime, is an offensive step. The AFTCO Circuit Breaker Shinkei Jime wire is the most effective and sanitary tool for this step. What this tool does is disconnect any residual signaling that is taking place in the spinal cord to the muscle tissue. This tricks the muscles into not knowing they are dead and delays the time that rigor mortis begins.

Using the cut made in the tail, look for the canal above the spine that houses the spinal cord (see the image with arrow below). Run the wire up the neural canal all the way to the brain. When performed correctly, the fish will occasionally buck wildly and flare its fins. When movement subsides, the fish is now paralyzed and no more neural chemical signaling that exists in the spinal cord can reach the muscle tissue.

Blood is one of the main reasons bacteria can get into the meat of a fish, but another factor is heat. It becomes important to bring the core temperature of the fish down as quickly as possible, reducing the bacteria growth in the meat. A 1:1 ratio of ice to water in a slurry that completely submerges the fish is recommended. 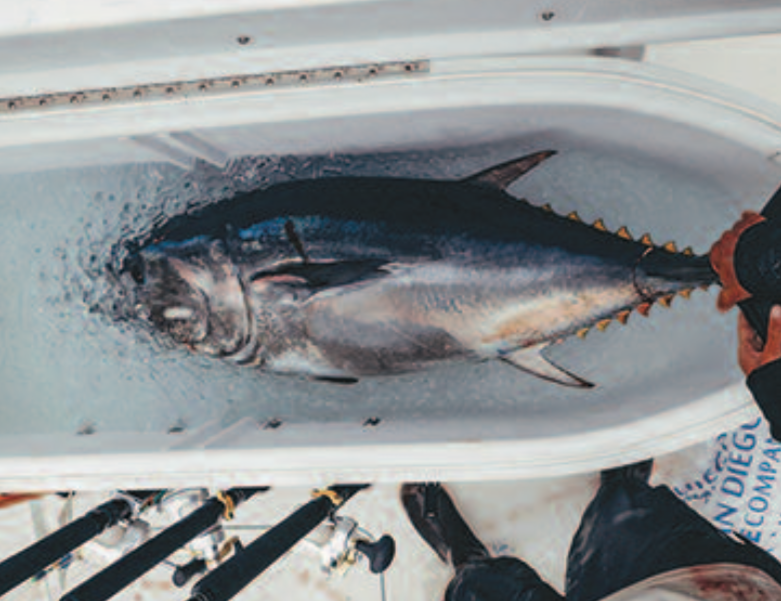 Once you’ve completed the 4 steps of Ike Jime, the effort doesn’t stop there. When the fish gets home, the fish processing becomes a large step because you don’t want to go through the steps of Ike Jime just to have a disappointing experience with your finished product.

The first thing you need to make sure to have is a sharp fillet knife. If you already have a knife, but it’s not sharp enough, make sure you know how to sharpen a fillet knife. A sharp knife not only makes it easier to make cuts and not waste meat, but it is safer as well. Utilizing a sharp knife, the last thing is having a general idea of knowing how to fillet a fish. Many people have different thoughts on filleting fish, but we have found that doing what you are most comfortable and confident in is most important and will yield the best results

When performed correctly, Ike Jime and subsequent fish filleting produces a better-tasting fish and a fish that will last longer. Harvested with the Ike Jime method, fish can be refrigerated for weeks when safely stored in a vacuum-sealed bag or airtight container. This process not only makes the fish taste better – but it also lasts longer, has zero to no smell, and reduces waste as it won’t spoil nearly as fast as fresh fish, allowing you to respect the fish and the fishery to the maximum ability.

Learn more about the full process at AFTCO.com/ikejime