ESCONDIDO – While Lake Hodges was featuring of one of the best bass bites for both numbers and quality its had in years, anglers were shocked upon arrival on Saturday when they were greeted by a sign that read, “The lake is closed to all trailerable boats due to low water conditions,” and a “closed” sign on the launch ramp itself. The reason for the indefinite closure that dropped as dawn cracked on the holiday weekend is the water level is not where it needs to be for safe launching operations, but the cause is anything but natural.

“Last night the County of San Diego Water Authority dropped Lake Hodges three vertical feet causing the launch ramp to be unusable,” said a source close to the situation. “The reason? Pump maintenance, and this repair will take 4 to 6 weeks to complete.”

The fear among the local fishing community is that once the repair is made, it doesn’t necessarily mean water is going to immediately flow back into Hodges and bring the water level back where it needs to be to get the ramp back up and running. If the water level stays that low into the 2021-22 rainy season, it would effectively put an end to the fishing season at Hodges for those launching their own boats.

According to a story in the San Diego Union Tribune that happened to run on the same day, it was announced the city of San Diego was starting a $10 million risk assessment of all of the City Lakes dams and shed light on needed upgrades and repair that could cost upward of $1 billion over the course of the project that would likely span decades. The dam at Lake Hodges was built in 1919, and it very well could be the one of the nine being assessed found to be in the worst condition. The water level is already not allowed to reach the damaged portion of the dam resulting in periodic releases of water prior to rain season that eventually ends up in the ocean.

As for the fishing at Lake Hodges, it looks like it’s going to be limited to float tubes, kayaks, rental boats, shore pounding and float tubing, and the fact that the bass bite has been so solid for so long makes these closure pills even harder to swallow.

“The bass bite has been very strong,” said Hodges staffer Laina Ruiz-Doan. “Square bills are doing great, and also some drop-shots. The Del Dios side has been producing bigger bass in the 7- to 10-pound range. Crappie are kind of slow, but a couple fishermen caught some slabs on Sunday.”

San Diego angler Kiyan Moein is a regular on the local bass scene, and he definitely took advantage of the hot Hodges bite and bagged both 9- and 8-pound largemouth. He told WON he was working Brush Hogs and jigs in rocky areas of the Narrows where shad puddling and bass were boiling. Moein also said he saw a kayak angler in the middle of the Narrows piling up crappie. 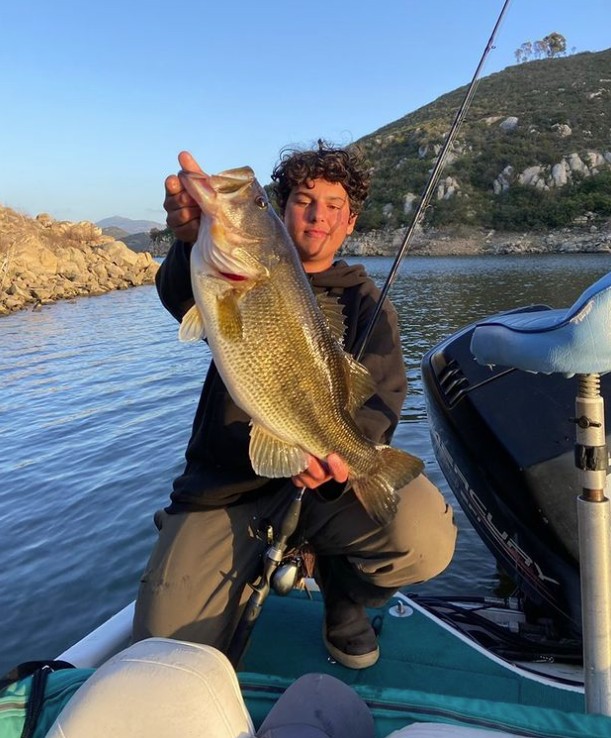