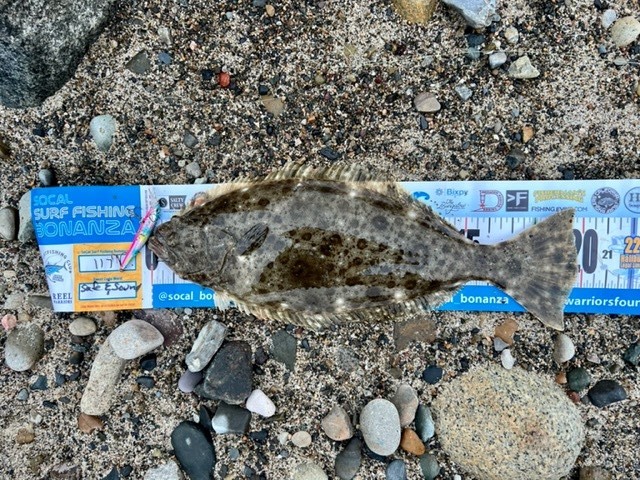 With the rules allowing competitors to fish anywhere in Southern California and results based on the combined measurement of the four longest fish from the target species of halibut, surf perch and croaker, anglers from Ventura down to San Diego put some big fish on the board to score the top prizes.

Companies including Daiwa, Phenix, Western Outdoor News, Promar-Ahi, Okuma, Opsin Fluorocarbon, Fishbites, Salty Crew, Rinse Kit, Bixby, Evike, Safe and Sound Treatment Center, Lucky Craft and a host of other generous organizations, charter outfits and bait manufacturers all contributed to an impressive prize package for the top finishers. Rods, combos, coolers, waders and goodie bags were all on the table to win in the raffle contest, too.

The prize giving presentation was held at Four Sons Brewing in Huntington Beach, Orange County with all competitors receiving a hearty lunch as part of their event entry. “Thank you all the partners and donors we had on board to allow us to host a successful event. To all our volunteers today – thank you!” said event organizer Chris Woodburn. 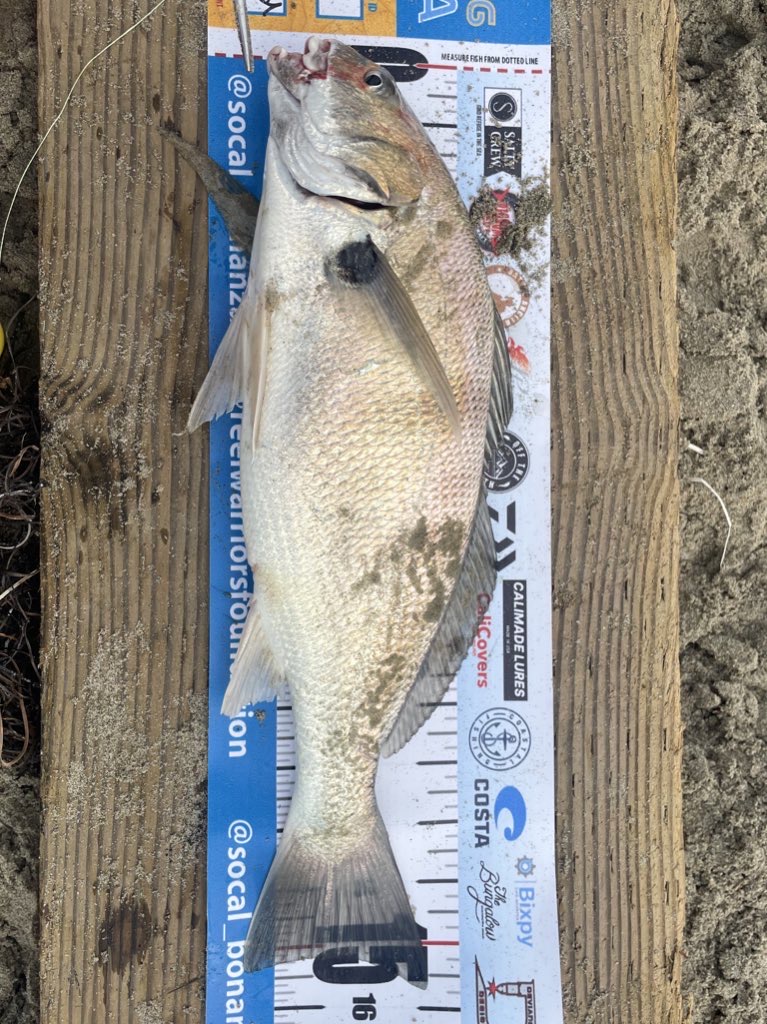