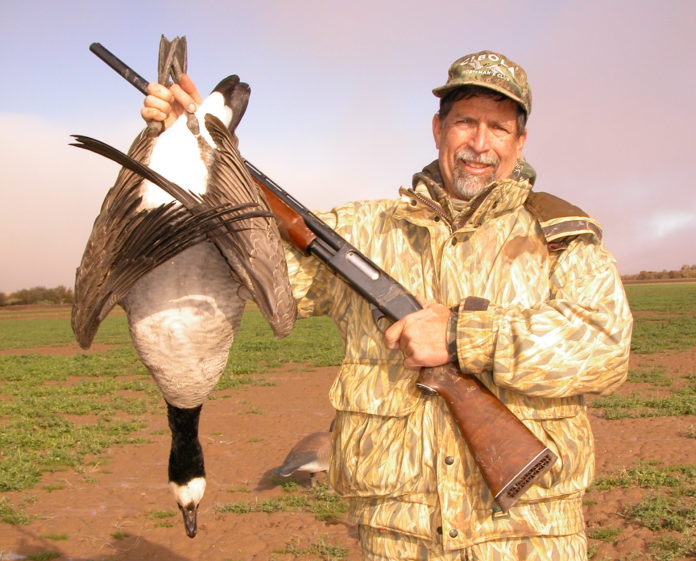 NILAND – As is pretty typical for the second week of the waterfowl season, comp counts were down from opening weekend for both the Wed. and Sat. hunts. Teal and big puddle ducks made up the bulk of the ducks harvested along with ruddy ducks. Only a few geese were reported killed. The white goose season for Imperial Valley will open this coming Sat. Nov. 7, and should offer up good to very good white goose hunting. There are thousands of new snow and Ross’ geese in the valley, and if the federal staff has to continue hazing geese to allow newly planted rye grass to mature, there could be geese pretty much spread across the southern end of the Salton Sea.

Wister Wildlife Refuge – Over a hundred pintail were killed this past week along with good numbers on green winged and cinnamon teal. Also showing up in the comp counts for this week were gadwall and widgeon. The average kill per hunter was just over 2 birds with the best shoot day being Sat. when 119 hunters combined to kill 312 ducks. This popular refuge shoots on Wednesday, Saturday and Sunday. For more details on hunting Wister Unit call the DFW on site office at (760) 359-0577.

Sonny Bono Salton Sea National Wildlife Refuge – There are over 10,000 white geese on this refuge so Union Tract blinds should be good blind choices. Duck hunting for this part of the national refuge was good on Wed. for the 3 hunters in blinds who killed 18 ducks for a 6.0 bird average consisting of both dabbling ducks and divers. For more information on hunting this national refuge, which is managed by the Wister staff, call (760) 359-0577.

Finney-Ramer Unit – No report filed. Finney-Ramer is part of the Imperial Wildlife Area, located on the south end of the Salton Sea, is open to hunters 7 days a week under a self-registration and self-reporting system. For more details on this refuge is also managed by the Wister Unit call (760) 359-0577.

San Jacinto Wildlife Area including Mystic Lake – This refuge shot for a 2.8-bird average on Wed. that had 160 hunters harvest 175 teal and 72 spoonbills. Cinnamon and green winged teal also topped the comp list for the Sat. shoot with a total of 347 ducks bagged by 181 hunters for less than a 2 bird per gun average. Shoot days are Wednesday and Saturday and draw time is 3 a.m. For information contact the wildlife office at (951) 928-0580.

Prado Basin – Hunting was slow for all three clubs in the basin with a mix of local birds and some new arrivals being shot. Dabbling ducks and teal accounted for the bulk of ducks shot on Wed. and Sat. and the Sunday hunt was pretty unproductive.

Lake Henshaw (My Country Club) – No report received. Reservations are a must and there will be a daily drawing for blind sites. For more information call (760) 782-3501.

Kern National Wildlife Refuge – Kern shot for a 3.5 bird average on both shoot days this past week with a mix of big and small ducks killed, but no geese taken. Shovelers were the number one duck on game straps, but there was an equal mix of gadwall, widgeon and pintail. Also showing up in the count were diving ducks and a lone surf scoter. For additional information on hunting Kern call (661) 725-2767 or for the hunter information hotline call (661) 725-6504, which is updated after each shoot day. A website is also available to access hunt results and other information about this popular southern San Joaquin Valley hunting refuge.

Cibola/Lower Colorado River – No reports were sent from Palo Verde Wildlife Preserve or Cibola National Wildlife Refuge this week. It’s early for Canada geese to show up in Cibola Valley in huntable numbers. For information on booking a couple of days in a goose blind while staying in a South Ranch cabin call the Cibola Sportsman’s Club at (702) 355-8784 or log on to their web site hunt4geese@yahoo.com. Contact the Cibola National Wildlife Refuge at (928) 857-3253 for shoot days and draw information on the Farm Fields and open hunting on the Island Unit.