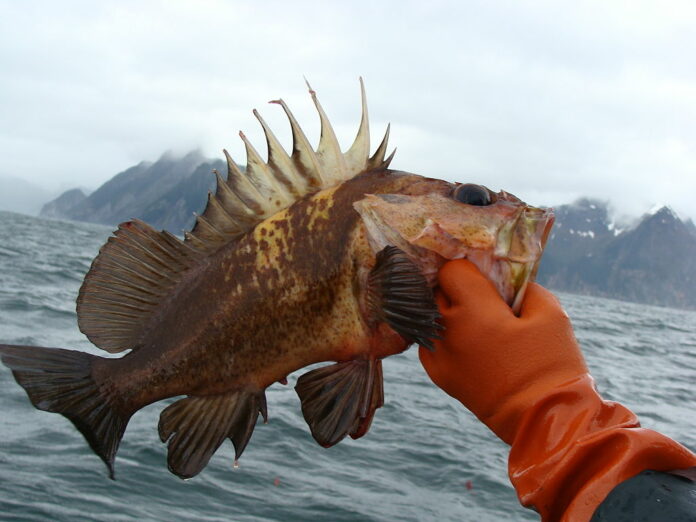 This past week, the California Department of Fish and Wildlife published a news release titled “Big Changes to Sport Groundfish Regulations Coming in 2023.” This is their first public outreach with respect to management measures to reduce our take of copper and quillback rockfish in 2023 and beyond. It’s a response necessitated by recent stock assessment results on both species.

Regular readers may recall I’ve covered various aspects of this issue previously. So, here we go. Today there are several steps yet to be taken before such regulations become final, and what’s seen as the most likely path forward may yet see some changes in the forge. However, the basic plan is on the path to completion and can be seen at the end of the document at this link: https://www.pcouncil.org/documents/2022/06/f-6-a-supplemental-cdfw-report-1.pdf

While we are already actively avoiding and releasing all copper and quillback rockfish, the official proposal is a 1-fish bag limit on each state-wide. This will help reduce waste, keep people out of trouble and scientific info flowing so the problematic science can be looked at with a sharper gaze. We want to know why what we see while fishing isn’t well reflected in recent stock assessments.

The objective of these new regulations is to cut our historic copper catch in half, and by even more for quillback up north. In order to get this done with the least amount of pain, managers worked with fleet and private boater reps to spot a path forward. Our state is divided into five coastal sub-regions for rockfish management. There are big-range species which are managed by federal processes and there are others which occur almost exclusively in state waters, like whitefish and sheephead.

These latter two are left to California to manage alone. Seasons will vary from region to region, just as seasons and depth regulations have for years now. What’s more, with the recovery of deep-water rockfish species like cowcod, we’re likely to see greater access out there, with less in the shallower waters where copper and quill are most abundant.

What’s in the works is some fraction of the year, somewhere between 5.5 months down south and 4.5 way up north in quillback country, without depth-based restrictions — an “all-depth fishery.” In addition, when the in shore waters are closed, a portion of that, up to 3.5 months depending on the region, will be open only to the take of non “Nearshore” groundfish.

Fishing in deep waters for “Shelf” and “Slope” groundfish complex species will remain open. So far, only commercial fishermen had to know, or at least look up which rockfish species were members of which management complex. In the inshore closed months, you won’t be able to have ANY rockfish aboard while fishing those waters for whitefish or bass, etc 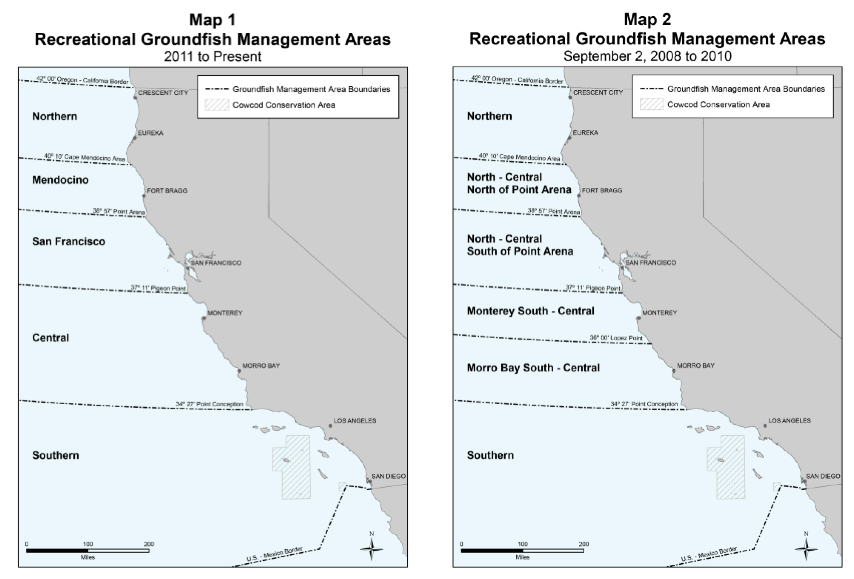 Offshore, you’ll be able to possess any rockfish but those in the nearshore complex, a fairly short list. Fortunately, while it’s not uncommon to encounter small “shelf” fish inshore, it’s rare to see “nearshore rockfish” out deep, so the chances of catching the wrong ones out of season are pretty slim. And so, by now you’re thinking this is all pretty complicated, why me? Why do anglers and hunters get hit with so much complexity, time and again? The truth is, WE FISHERS MAKE THE FISHING REGULATIONS COMPLICATED.

Certainly, the wardens have an easier time with simpler regs. Environmental groups like simple wins that simply shut down all fishing, rather than figure out what fishing can still be done while protecting those fish we’re required to by law. The plain fact is the simple solution to cutting copper catches in half would be to cut the fishing season in half, and just leave it at that. We’d lose access to all groundfish, not just coppers and quillback.

With the simple solution, the sport fleet would shut down and never recover. The public would lose most of their access, except from shore or private boats — most of that too, as many folks would shine on having one. License sales would plummet, tourism would suffer too, and everything else it supports along with it. WE make the regulations complicated, in winning back access otherwise lost.

Many Marine Protected Areas (MPAs) allow the take of pelagic species because we asked what MPAs could protect and why prevent fishing for those species that closed areas don’t protect anyway. It’s a sure bet environmental groups would prefer an unequivocal win for their supporters, like the no-fishing Footprint State Marine Reserve (SMR).

There, when tuna forage over the 152, you can’t fish them, despite the fact the closure was to protect deep-water reef fishes. Split State Marine Conservation Areas (SMCA) like the Farnsworth SMCA/SMR, allowing some fishing in the SMCA section aren’t complicated like that because that’s what the wardens, or environmentalists, wanted.

It’s what we wanted — access for fishing when it was compatible with the stated objectives. As you sit there programming 50-fathom waypoints, looking up seasons and downloading an app to help you identify nearshore rockfish you’re not allowed to keep during the deep-water only season… As you plan your late-season, deep-water day to fish bass and whitefish in the morning while still getting out deep early enough to fish before afternoon winds arrive, remember: all the simpler scenarios meant shorter seasons and smaller catches.

Merit McCrea is saltwater editor for Western Outdoor News and can be reached at: merit@wonews.com